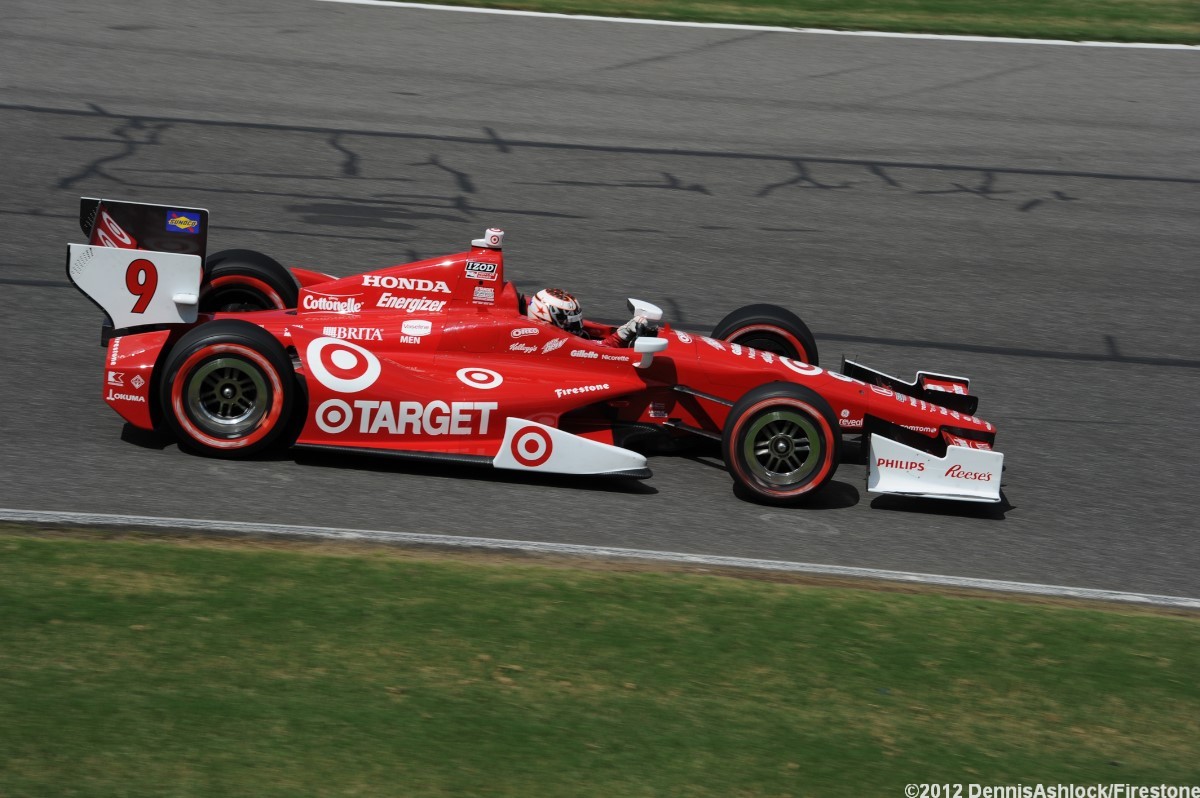 An accomplished 15-driver lineup, including two previous race winners and nine graduates of IndyCar training-ground series, makes up the Honda- powered effort for the 2012 Indianapolis 500, as the company seeks its third consecutive "500" victory with engine-manufacturer competition.

After six years of Honda supplying engines to the full Indianapolis 500 field – marking the only six times in "500" history with no in-race engine failures – manufacturer competition returns to IndyCar competition in 2012, with Chevrolet and Lotus joining Honda to supply new, turbocharged V-6 racing engines for this year's 96th running of the Indianapolis 500-Mile Race, and the entire IZOD IndyCar Series championship.

"We're excited by the return of competition to the Indianapolis 500," said Art St. Cyr, President, Honda Performance Development (HPD). "We take a great deal of pride in the unprecedented record of performance and reliability achieved by our Indy V-8 engine these past six years, but the challenges provided by Chevrolet and Lotus validate Honda's reason for racing. It would be entirely fitting for Honda to score its first victory in this new era of IndyCar competition at our most important race of the year."

The Chip Ganassi Racing organization serves as Honda's anchor team, and is led by two-time '500' winner and four-time/defending series champion Dario Franchitti, All of Franchitti's 30 career IndyCar wins have come with Honda power, making him the manufacturer's most successful driver in North American open-wheel racing.

Franchitti is partnered by two-time series champion Scott Dixon, who also includes an Indianapolis 500 victory among his 27 race wins. Dixon's most recent title came in 2008, making the Ganassi organization the team to beat for the past four seasons.

In 2011, a second two-car Ganassi team made its Indianapolis 500 debut, featuring Graham Rahal, a product of the Formula Atlantic Championship, partnered with Indy Lights graduate Charlie Kimball. Both young American racers return with Ganassi and Honda in 2012.

The lineup at Sarah Fisher Hartman Racing includes two of the most recent graduates of IndyCar training-ground series: 2011 Indy Lights champion Josef Newgarden and USAC champion Bryan Clauson. The pair, this year's most promising American newcomers, are both expected to contend for Indy's Rookie of the Year honors.

Another rookie contender, and winner of the 2006 Formula Atlantic Championship, is Simon Pagenaud, driving for Schmidt Hamilton Racing. Pagenaud is currently fourth in the IndyCar Drivers' Championship points standings, highlighted by a second-place finish at the recent Grand Prix of Long Beach. Pagenaud will be paired with veteran '500' racer Townsend Bell, the 2001 Indy Lights champion, who owns a pair of top-ten finishes in five starts at the Brickyard, including a fourth-place run in 2009.

A contender for victory in several early-season races this year, Takuma Sato will lead the Rahal Letterman Lanigan Racing effort at Indianapolis, as team owner Bobby Rahal seeks his third 500 win, his second as a team owner. As Rahal Letterman Racing, the team brought Honda its first Indianapolis 500 victory with driver Buddy Rice in 2004. At Indy, Sato will be joined by Michel Jourdain Jr., an open-wheel racing veteran who will be making his second Indianapolis start.

Veteran Justin Wilson made his Indianapolis debut in 2003, but not on the famous 2.5-mile oval. Instead, Wilson's first race at Indy was on the circuit's road course in the U.S. Grand Prix, driving for the Jaguar Formula One team. Now an established IndyCar veteran with six career wins, Wilson returns to the Brickyard with Dale Coyne Racing. His teammate is the fifth Honda- powered Indy rookie, James Jakes.

The 2012 Honda Indianapolis 500 lineup is completed by Team Barracuda-Bryan Herta Autosport, a team noted for winning last year's 100th Anniversary Indianapolis 500 in just its second attempt, with the late Dan Wheldon collecting his second Indy victory in an unforgettable finish. Alex Tagliani, the pole qualifier for last year's 500, will drive for the Herta organization in 2012.

Honda has been a fixture in North American open-wheel racing since 1994, and has played an active role in the growth of the IZOD IndyCar Series – as both a Manufacturers' Championship competitor and single engine supplier – since joining the series in 2003.

The company scored its first Indianapolis 500 victory in 2004 with Buddy Rice; Manufacturers' Championships in 2004 and '05; and became engine supplier to the entire IZOD IndyCar Series in 2006. Honda supplied racing engines to the full, 33-car Indianapolis 500 field every year from 2006-2011, and for a record-six consecutive years, the '500' ran without a single engine failure. The 2010 Indianapolis 500, won by Dario Franchitti, marked Honda's 100th race win as a manufacturer and engine supplier in IZOD IndyCar Series competition.

Founded in 1993, HPD is the technical operations center for high-performance Honda racing cars and engines and operates at race circuits around the world from its headquarters in Santa Clarita, California.

In addition to its efforts in Indy car racing, HPD spearheaded championship-winning efforts in the 2009-2010 American Le Mans Series, 2010 Le Mans Series and the 2010 24 Hours of Le Mans. HPD offers a line of race engines for track applications from prototype sports cars to karting; and showcases 'fun products' for professional, amateur and entry-level efforts.