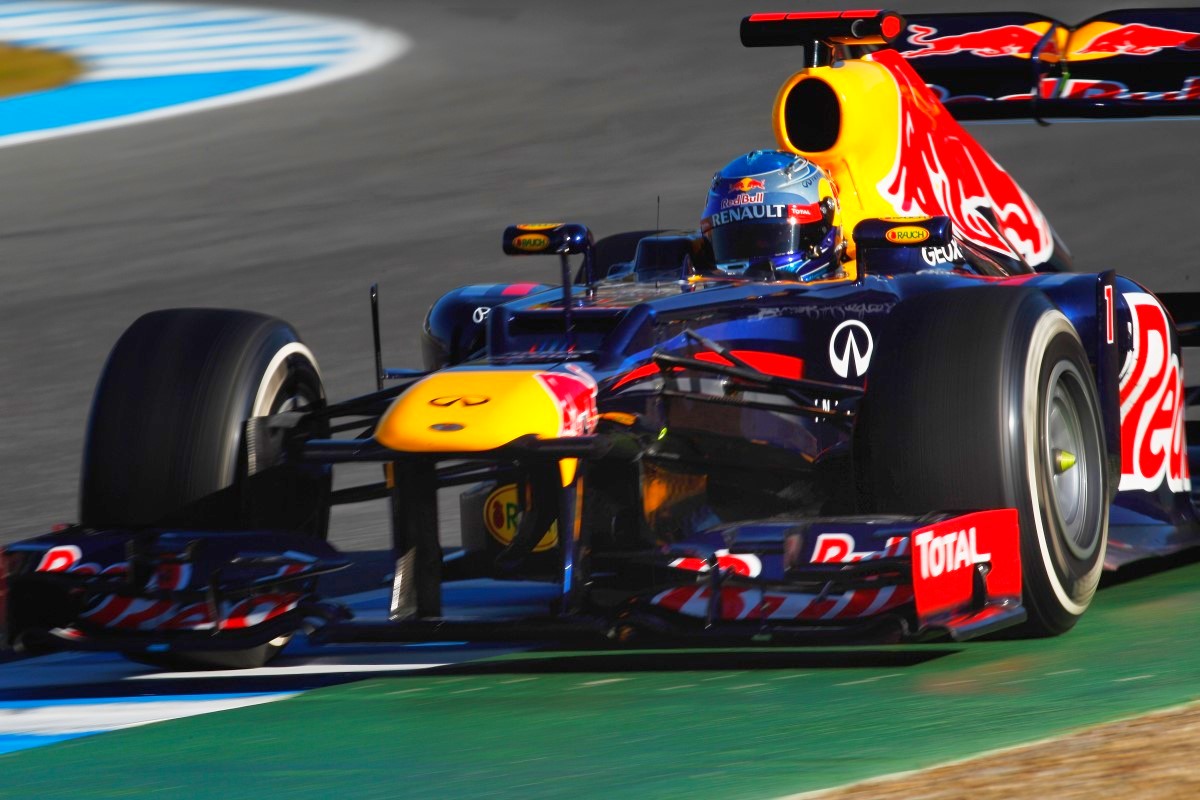 Until recently, the now-traditional young drivers' test – giving inexperienced drivers the chance to drive current F1 cars amid the sport's strict testing limits – was scheduled to take place as per usual at the Yas Marina circuit in November.

But those plans were reconsidered due to this year's congested calendar.

India takes place just one week before Abu Dhabi, the young driver test is scheduled for the week after and then the races in the US and Brazil happening back-to-back next.

In the light of that arduous schedule, Reports in March said the teams were keener on having the young driver test at Silverstone.

"It's a long season as it is and there are a lot of back-to-back races this year, so it's tough for them (the teams)," Abu Dhabi circuit boss Richard Cregan conceded.

The German-language Speed Week reports in its May 2 edition that the majority of teams want to test instead at Silverstone, in July.

The report also said other teams might cancel Silverstone at the last minute and join Red Bull in Abu Dhabi, should weather reports indicate the British weather would likely affect the July test.

Bahrain could get director on F1 board – report
(GMM) Bahrain, the controversial island Kingdom, could have been central to McLaren's decision to agree the terms of the next Concorde Agreement.

Bahrain's ruling family, through its investment arm Mumtalakat Holdings, owns half of the famous British team.

The Times' F1 correspondent Kevin Eason quoted a source as saying the link "pushed (McLaren's) Concorde deal over the line".

In return for signing up, Bahrain reportedly received a "pledge" that last month's highly contentious grand prix would go ahead.

Eason also said it is possible that one of McLaren's two Bahraini directors, rather than the obvious choice Ron Dennis, could be appointed to the F1 board once the sport is floated on the Singapore exchange.

"It was nothing to do with the Bahrain race (going ahead)," the F1 chief executive insisted. "But McLaren liked the deal."

"The race was exploited by the opposition in Bahrain, not vice versa," he told the Austrian newspaper Kleine Zeitung. "That was not interpreted correctly by the media.

"If groups want to exploit sporting events for their interests, then the worst thing you can do is give way."

"In what countries are there no riots?" he asked rhetorically. "A year ago there were riots in London — should the Olympic Games now be cancelled?"

Sainz jr on track for Toro Rosso future
(GMM) Carlos Sainz jr is on course for a future in formula one.

The 17-year-old Spaniard is the son of Carlos Sainz, the former two-time world rally champion.

Sainz jr, however, has pursued a career in open wheelers, and – now that Daniel Ricciardo and Jean-Eric Vergne have stepped up – he is the new cream of energy drink Red Bull's junior driver program.

And another direct link to the world of formula one for Sainz jr is his new sponsorship deal with Cepsa, the Spanish oil company that is also Red Bull-owned Toro Rosso's main backer.

Sainz jr's new Cepsa deal is for his participation this year in the British and Euroseries F3 categories, but "Our intention is to continue (beyond 2012)," Cepsa co-chairman Santiago Bergareche is quoted by Marca newspaper.

"Hopefully everything goes well and Carlos will be in that world (F1) one day," added Cepsa chairman Alfonso Escamez.

He said the deal does not guarantee Sainz jr a future in f1.

"The sponsors have no say on the teams of the drivers. We can try to influence, to give our opinion, but we are not (able to decide) on that side.

"We hope that it does happen, but it will not necessarily."

The deal with which Cristalbox joins the team as a sponsor has a one year duration and the glass repair company has bolstered its commitment to HRT’s project by completing a spectacular glazing job at the new Caja Magica headquarters in Madrid. The creation of a curtain wall at the team’s workshop supposed the installation of more than 25,000 kilograms of specially fabricated glass and will enable the team to make the most of the sunlight and environmental conditions.

Just like the conditioning of the other project areas at the Caja Magica facilities, the installation and reinforcement of the curtain wall has been completed in under a month, thus proving the capacity of the Spanish company to expand its services.

Javier Celaya, Cristalbox General Manager: "A passion for cars is in the genes, the DNA, of our brand and top level competition reflects the essence of Cristalbox’s values: precision, speed, safety, resistance, reliability…From an advertising point of view, after two years sponsoring Formula 1 broadcasts, this was the logical evolution: to form a part of the competition. With HRT we can support a credible Spanish project in the pinnacle of motorsport and strengthen the reach of our brand to our targets".

Luis Perez-Sala, HRT Team Principal: "Formula 1 is all about technology and speed, two basic principles which we share with Cristalbox. They are a leading company in our country and we’re proud that they decided to fully submerge in Formula 1 alongside us and fully back our project. I want to thank them for the trust they have put in us and also for the extraordinary efficiency with which they have completed the structure and glazing of the workshop area in our new headquarters at the Caja Magica. It was a structural and temporal task and they passed it with flying colors. We hope to overcome many other tasks alongside them this year".

Boullier :Young driver test at Silverstone 'nonsense'
Lotus team principal Eric Boullier has slammed plans to hold Formula 1's young driver test at Silverstone in July as 'nonsense' – and hopes bad weather forces it to be cancelled.
As AUTOSPORT revealed, F1's young driver test is being split into two venues this year, with 10 teams currently electing to run immediately after the British Grand Prix and only Red Bull Racing and Scuderia Toro Rosso opting to run in Abu Dhabi in November.

But Boullier is deeply critical of the Silverstone decision, which he thinks only makes sense from a cost perspective.

"It's a bit disappointing, to be honest," Boullier told AUTOSPORT. "I am a supporter of young drivers, and for me Abu Dhabi [in November] was the perfect scenario.

"The young kids finish the season, and you can organize this test in a hot, nice place, with nice variety. So I was actually a bit cross with the decision to bring it earlier to Silverstone.

"We had a strong discussion, let's say, and definitely I was against this, especially for the reasons raised. For me it is absolutely a nonsense to have a young driver test in July when all the young kids are in the middle of the season and focused on racing and the championship. We cannot disturb this. It is completely the wrong timing.

"You also have another issue: bringing this test in the middle of the season you have to consider there will be a different point of view for the team; and as a team it's another opportunity to develop the car and bring some parts to test." More at Autosport.com

Backmarker Marussia aside, the famous British team is the only team in 2012 to have resisted the temptation of running a high 'step' nose, in the wake of new safety regulations.

McLaren was the early frontrunner this season with its MP4-27 car, but Jenson Button and Lewis Hamilton struggled notably last time out in Bahrain.

The report also speculated that McLaren experimented with an adjustable brake duct system at Mugello, which might be used to regulate tire temperature for the finicky 2012 Pirellis.

The system would have to be adjusted by the mechanics during a pitstop.

"You get very close to the walls and it's maybe a bit small for the cars now," said the Caterham driver.

Australian Webber, however, had raved about Mugello, likening 10 laps there as akin to 1000 tours of Abu Dhabi's heavily-criticized Yas Marina layout.

Posting a photo on Twitter of Jim Clark driving unprotected past houses at the Aintree circuit in 1962, Webber remarked: "I wonder if V Petrov was there".