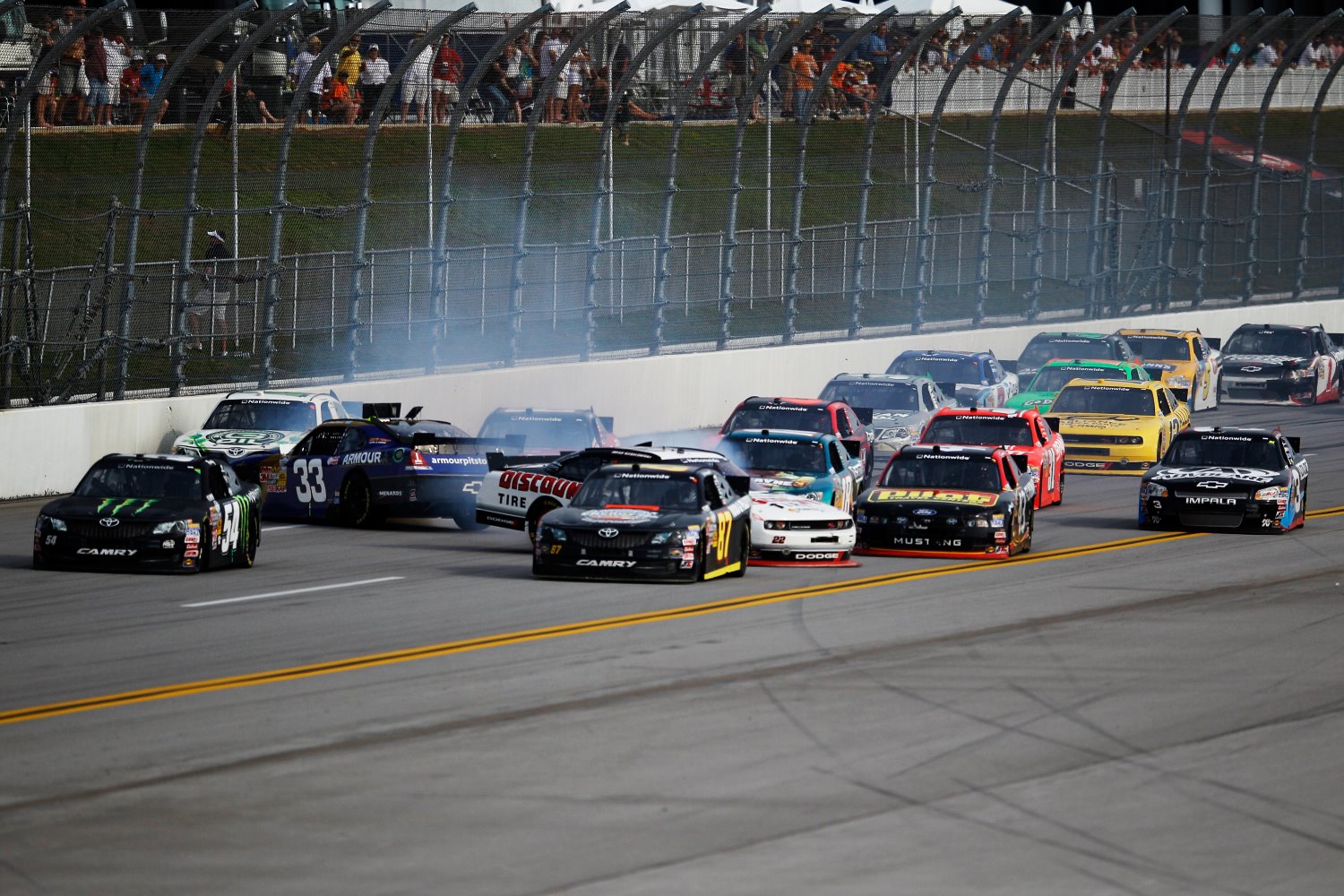 Eric McClure was airlifted to UAB Hospital after a wreck in the closing laps of the Aaron's 312 Nationwide Series race at Talladega Superspeedway on Saturday.

McClure's No. 14 Toyota was collected in a nine-car wreck — the typical "big one" that is common at superspeedways — before Joey Logano raced to the victory.

The wreck came during a green-white-checkered finish when it appeared the No. 43 of Michael Annett hit Kevin Harvick's No. 33 Chevrolet from behind on the backstretch. That touched off the multi-car crash. McClure was behind the leaders but caught in it as well, his No. 14 slamming hard into the SAFER barrier on the inside wall.

Emergency workers had to cut the roof off of McClure's race car to remove him.

McClure was immediately put on a stretcher and airlifted to the hospital. The extent of his injuries was not immediately available.

"I'm told he was conscious, alert and talking to the attendants when he was transported down,'' NASCAR spokesman Kerry Tharp said.

The race was red flagged for 19 minutes while McClure was being removed from his race car and the SAFER barrier repaired.

"We were sitting there in fifth on that final restart and got a really good push from the No. 18 [Logano] and we shot the middle,'' Annett said. "Everyone is doing what they have to do at these races. The No. 33 [Harvick] came over to try to block us and we had such a run going that if I slammed on the brakes it was going to turn me so I just stayed in the gas and tried to shoot the hole. When it closed it was too late to do anything. Unfortunately we tore up a bunch of race cars. Everybody is trying to get everything they can on those last two laps. It is just the way this racing is."