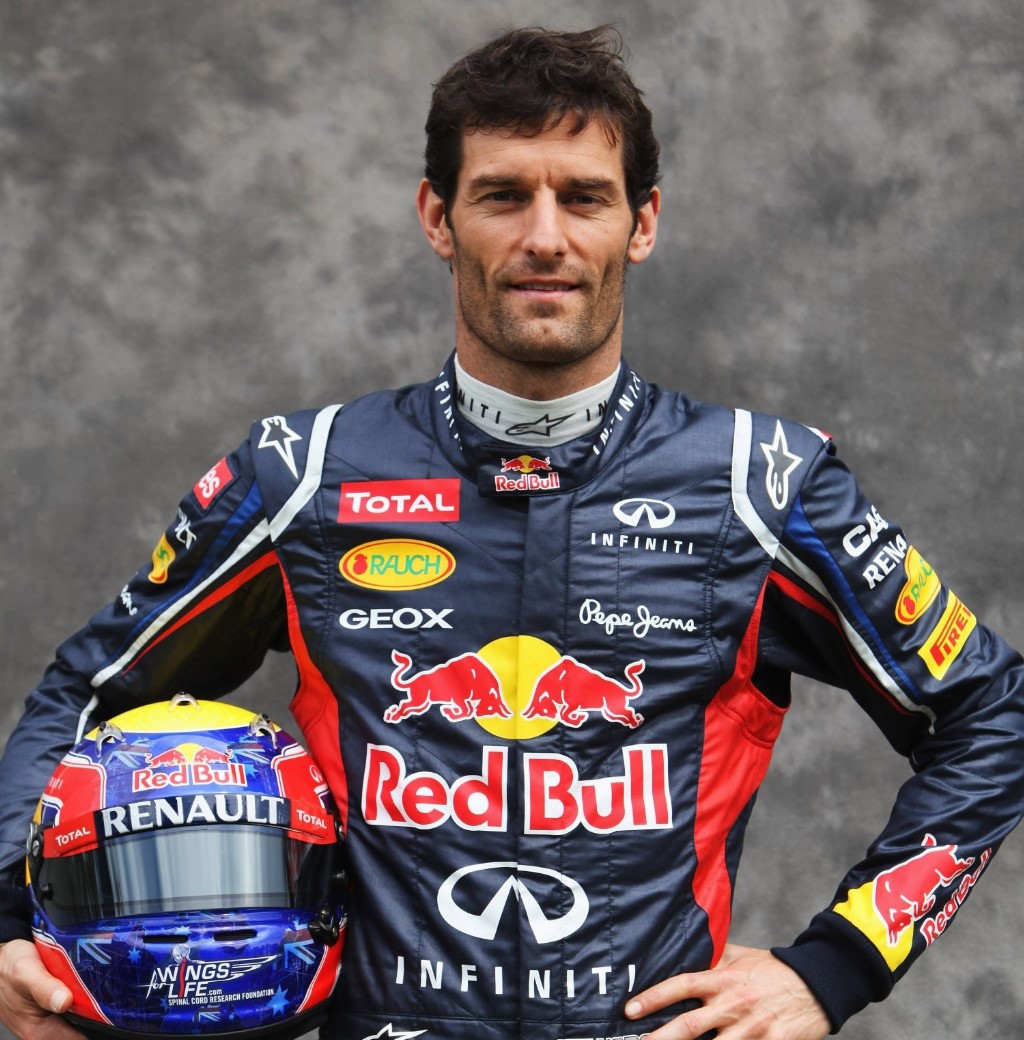 Spanish media reports, indicating that a letter of intent may already have been written, said Fernando Alonso favors Australian Webber to replace the struggling Felipe Massa.

The reports also said Webber, 35 and with an expiring Red Bull contract, could be signed for a single season ahead of Sergio Perez joining in 2014.

"Sergio was flavor of the month last week for the Ferrari drive; now it's me," Webber said at the Mugello test on Tuesday.

"I'm focusing 100 per cent on this season and doing the best job for myself and Red Bull Racing. I'm not putting any energy into anything else."

Italian-language reporters also quote Webber as saying: "There's a whole season ahead of us before we need to think about the future.

"One day the talk is about Jenson (Button joining Ferrari), then it's Sergio, now it's me. I haven't signed anything."

"My focus is on this team (Red Bull); we've had a good start to the season, we're only four races down and the road is very, very, very long before we start talking about the future."

As for the closely-contested 2012 championship, Webber added: "The grid is very close together.

"Sebastian (Vettel) had a weekend without problems in Bahrain and won but he didn't dominate, and that's the same for everyone.

"No one will be dominant in the first half of the season, so to be third at the start of the European season is not bad," he said.

Ferrari must improve over next races – Alonso
(GMM) Ferrari's task is to improve step by step, rather than make a quantum leap in Barcelona next weekend.

That is the claim of Spaniard Fernando Alonso, as the famous Italian team disappointed some headline-writers on Tuesday by not launching a 'B' car at the Mugello test.

"We have to take a step forward in Montmelo, one in Monte Carlo, another in Canada, and so on," Alonso is quoted by La Stampa, after topping the rain-affected first day of testing on Tuesday with the improved F2012 car.

He acknowledged that Ferrari cannot win the 2012 season if the performance of the opening four grands prix is repeated throughout the season.

"We have to be qualifying in the top ten, fighting for the top five and having both cars in the points in every race," he insisted.

Asked if he thinks the title is a realistic goal, Alonso said: "We are optimistic."

He said he pushed as hard as he could in Australia, Malaysia, China and Bahrain with a sub-standard car.

"It was like walking on a wire a hundred feet up," said the 2005 and 2006 world champion. "If you do one thing wrong – hit a curb in qualifying or miss a braking point in the race – you're not in the top ten.

"We do not have the fastest car, but with a team like Ferrari, a good car is enough.

"I'm not the best in qualifying, or in the rain, or on the street circuits, but I try to be a 9.5 in everything."

Kamui Kobayashi was in charge of the revised C31, which including a new exhaust and front wing represented "the biggest update package" of all the teams at Mugello, according to Germany's Auto Motor und Sport.

McLaren, in contrast, have taken "no great updates" to Tuscany, which explains why Lewis Hamilton and Jenson Button have left the task up to the British team's test drivers.

It was a similar story in the Mercedes camp.

On Thursday, as the three-day test wraps up, the famous Italian team will debut other developments, including a new engine cover and sidepods.

A new front wing, nose and floor will only be ready for Barcelona.

There were no radical modifications on display by Red Bull, who instead want to use the Mugello test to work on car setup.

"We still need to learn how to get the most from what we have," confirmed Bahrain winner Sebastian Vettel.

For that purpose, the Ferrari-owned Mugello circuit might not actually be the best venue.

"It's great for driving," said Mercedes' Nico Rosberg, "but for the engineers Barcelona would be a bit better because there are all types of corners.

"At Mugello they are mainly fast, and virtually none at low speed."

The seven time world champion had slammed F1's official supplier after Bahrain, arguing that the 2012 tires degrade so quickly it makes driving a grand prix car as slow as a safety car.

"We haven't spoken," Briton Hembery is quoted by Germany's Auto Motor und Sport. "I've just read something on the net about the tires from his teammate Nico Rosberg which is very different."

Asked if Schumacher's criticism was irritating, he answered: "We built the tires the way we were asked to.

"The FIA, Bernie Ecclestone, even the teams wanted it this way. The spokesman for the teams at the time was Ross Brawn, Schumacher's team boss.

"There have been four different winners in the four races so far, which alone shows that we must have done something right," Hembery insisted. "As a fan I would be thrilled."

Asked if he can at least understand Schumacher's frustration, he continued: "The four winners this year have not won by chance.

"They were absolutely the best drivers in those races and all of them were faster than their teammates.

"I can understand that Michael was frustrated at the last race. Among the four winners so far were two Germans, and then you had Kimi (Raikkonen), who in the fourth race of his comeback is on the podium.

"Racers are winners; they're not happy unless they're winning."

Hembery denied that tires have, in 2012, become more important than the cars or drivers.

"That's a misconception," he insisted. "The driver has a huge impact.

"Anyway I'm convinced that at Silverstone at the latest the teams will have the problem under control. Just as they did last year."

Finally, he insisted that Pirelli is not going to make any knee-jerk reactions.

"If there are 23 drivers satisfied and only one dissatisfied, then I don't think we need to change something," Hembery is quoted by Bild newspaper.

"For the top teams it's a bit frustrating," he told La Stampa newspaper, "when it's difficult to exploit all your potential.

"It's like Real Madrid, Barcelona and AC Milan suddenly playing with the budget of Cesena."

Rosberg could commit F1 career to Mercedes
(GMM) F1's newest winner has admitted he has no plans to leave his team.

After more than a century of grands prix, Nico Rosberg finally broke through with his first race win recently in China.

Although pressed harder than in recent seasons by his famous teammate Michael Schumacher in 2012, the German has a comfortable position at Mercedes.

The 26-year-old told Sport Bild he might stay put for the rest of his career.

"Forever in silver? Why not?" he is quoted as saying.

Rosberg said he is in a "great position" to lead the famous German marque to the world championship.

"My big goal is to be world champion with the Silberpfeil (Silver Arrow)," he insisted. "It occurs to me that it would taste even better than to win with Ferrari."

Rosberg said he wouldn't even mind sharing the team with Sebastian Vettel, F1's back-to-back reigning champion who has expressed interest in racing one day for a great marque like Mercedes or Ferrari.

"I don't mind, it could be anyone — Sebastian, whoever. I don't see any problem with that," said Rosberg.

He said his first choice as teammate is Schumacher.

"I think it would be great if he stays," said Rosberg, referring to the 43-year-old's expiring contract. "He is at an extremely high level right now.

"I can well imagine that Michael will extend."