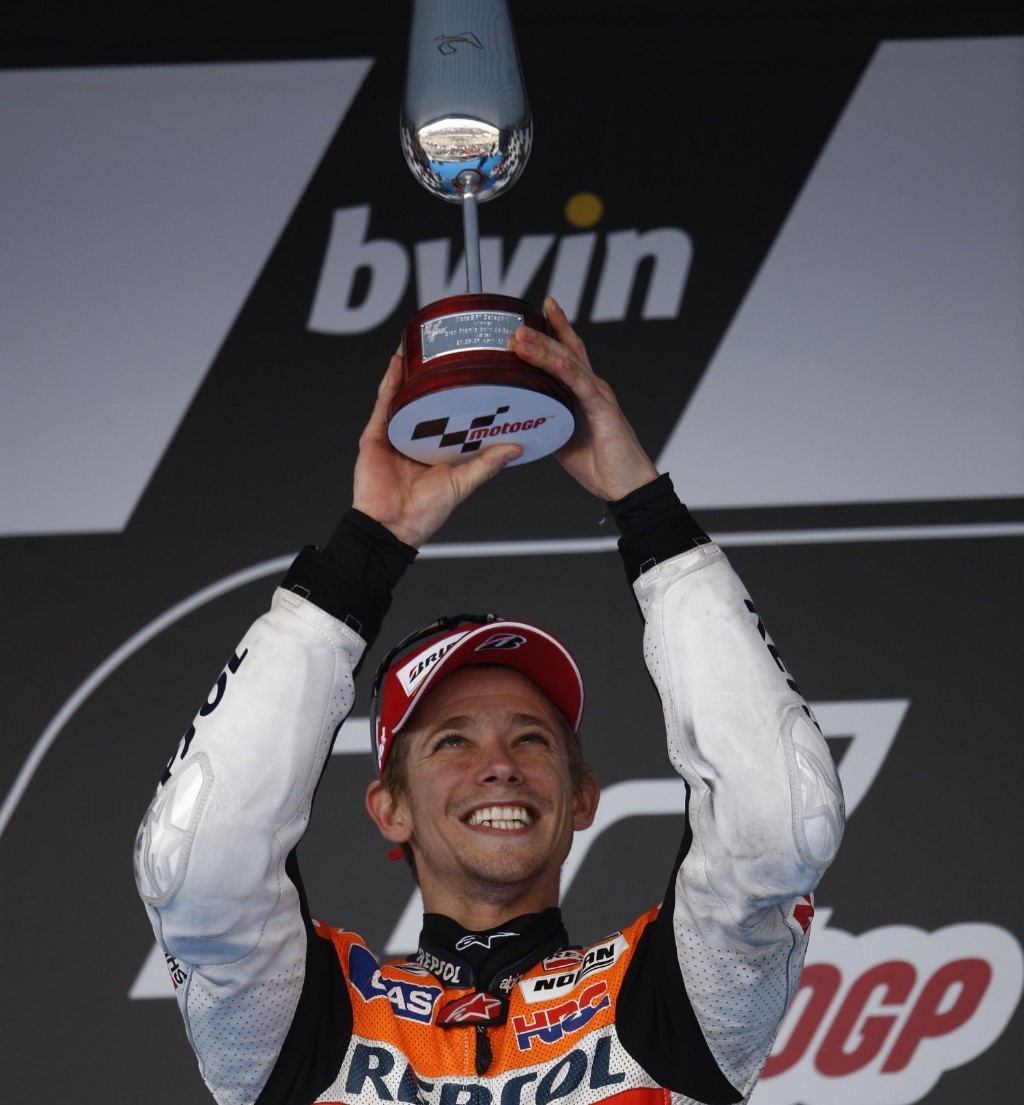 Casey Stoner took his first ever MotoGP victory at the Grand Prix of Spain and Dani Pedrosa, third on his 100th race in MotoGP, joined him on the podium at the Jerez circuit, where the Repsol Honda Team has celebrated the second consecutive double podium of the season.

The current World Champion had a difficult start but quickly recovered proving to have something extra in his pocket to fight for his first victory of the season after a superb race in front of a strong Lorenzo.

Dani Pedrosa had a perfect start again, but he got passed on the second lap and dropped to the fourth position. The Spaniard was quite cautious at the beginning and lost precious time that he was unable to regain in the second half of the race, when he started lapping faster than the leaders.

Dani recovered 3 seconds in the last 13 laps and held off the pressure from Cal Crutchlow to finish third and taste the podium at Jerez for the eighth successive year.

"We didn't get a great start so I tried to stay out of trouble, there were people out braking each other, touching and it was important just to keep out of the way! Then I managed to gain a lot of positions in a short space of time and reached the front. I didn't try to pull a gap, as I knew Jorge and Dani were very fast, but I just wanted to stay in front with them and pull away from the others. Then I saw that Jorge and I had slightly better pace and we could make a gap. I was focusing on where I wanted to go as there were a lot of wet patches and it was easy to make a mistake. We managed the race for the conditions of the circuit and as they improved I pushed a little more, the bike on a whole felt much better than in qualifying. I did get some arm pump again but thankfully not to the extent I had it in Qatar. Considering the weekend in general and how fast Dani and Jorge are at this track, to win here is something very special for me".