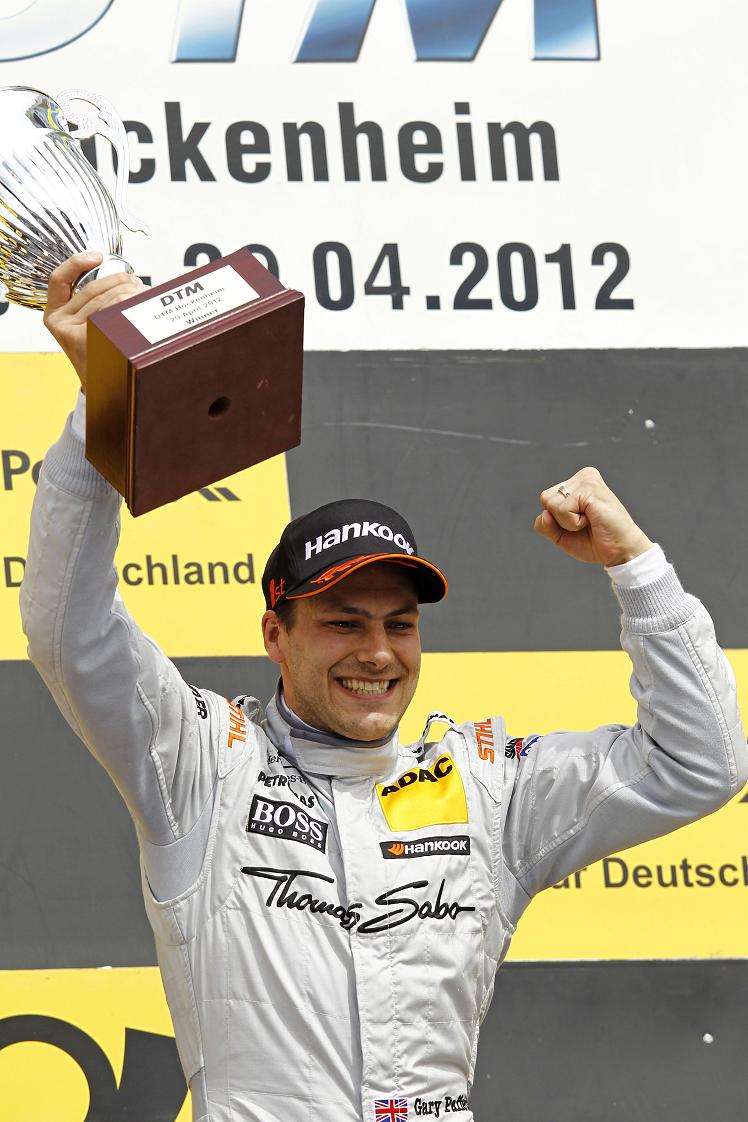 The motorsport fans have the DTM fever and built a record crowd for the season opener: 142,000 spectators wanted to be there for the start into the new era of the DTM during the race weekend at the Hockenheimring Baden- WÃ¼rttemberg.

On the Sunday of the race alone, 71,000 spectators celebrated the three-way battle between the premium manufacturers Audi, BMW and Mercedes-Benz and race winner Gary Paffett (GB). The 31-year old Mercedes-Benz driver survived the turmoil after the start and after great duels, he crossed the finish line to finish first from his fellow Mercedes-Benz drivers and compatriot Jamie Green. Paffett said about his 18th race win in the DTM: “Last year was really bad for me. Nevertheless, I didn’t lose my self-confidence. Great, the way it has started now. At the start, I managed to stay out of traffic and the duel with Jamie was really fair." Mercedes-Benz scored its sixth consecutive race win at Hockenheim.

Third place at the Hockenheimring Baden-Wurttemberg went to Swede Mattias Ekstrom with the Audi A5 DTM. The 33-year old started from first place, but lost two positions after locking up under braking and wasn’t able to make up for this. “Of course, it is disappointing. Today, we simply weren’t quick enough and I have made a mistake. The result hurts a little bit, but surely, we will get chances to win", said Ekstrom.

At the comeback, British driver Andy Priaulx was the best-placed BMW driver in sixth position. With his BMW M3 DTM, he finished behind the two Germans Christian Vietoris (Mercedes-Benz) and Mike Rockenfeller (Audi) after 40 laps. “When somebody would have offered me sixth place before the weekend, I would gladly have accepted it. It was great fun, we had a fantastic crowd and we have seen that BMW is on the right way", the 38-year old said. The other drivers to score points were Ralf Schumacher (D) and David Coulthard from Scotland, both with a DTM Mercedes AMG C-Coupé, aw well as Spaniard Miguel Molina and Portuguese Filipe Albuquerque (both Audi).

After the great joy for BMW because of the good qualifying result on Saturday, they were quite unfortunate after the start on Sunday. Werner, who had started third, initially lost three places, spun after a collision with Ralf Schumacher and dropped back to the end of the field. Werner finished the race in 17th place. Defending champion Martin Tomczyk (D) and BMW’s new signing Bruno Spengler (CDN) retired after various collisions on the first four laps.

In the DTM, a new points’ scheme has come into force for this season, equal to that of Formula 1. Accordingly, Paffett is leading the drivers’ standings after the opening round with 25 points, followed by Green (18 points) and EkstrÃ¶m (16 points). The second DTM weekend of the year already takes place in one week’s time at the Lausitzring near Dresden from May 4th till 6th.

Head of motorsport Mercedes-Benz Norbert Haug: “A great result. Our team has done the best job. The result in qualifying wasn’t fantastic, but in the race, we were able to show a great performance. Victory is the best reward one can get. The duels by Jamie Green and Gary Paffett were motor racing at its best. It was a very good race."

Head of motorsport Audi Dr. Wolfgang Ullrich: “Congratulations to the winner. Mattias EkstrÃ¶m has made the most of the race. We had a very good qualifying, but unfortunately, our race wasn’t perfect. However, the race was exciting and was worthy for the start of the new era. Now, we want to strike back at Lausitzring."

Motorsport director BMW Jens Marquardt: “The DTM is not a pony farm. Of course, it is annoying when you are losing cars at such an early stage or end up at the back of the field. But the pace is there and the car is good on a race distance. Qualifying was definitely better than expected and therefore, the overall verdict of the first race weekend is very positive."