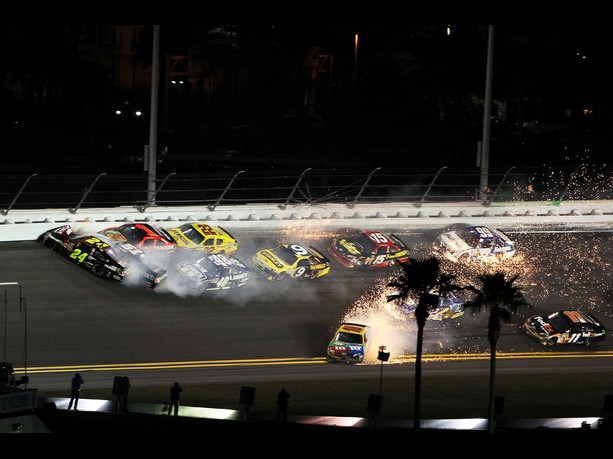 The racing's been so clean this season that most NASCAR fans are falling asleep from sheer boredom watching the cars drone around lap after lap in circles. It's enough to make a zombie out of anyone.

So NASCAR fans have asked for more wrecks – torn up machinery that costs the team owners a lot of money, because if they ain't wrecking, NASCAR fans ain't watching. For many it's the only reason they go to a race. There's nothing like hearing and watching a good wreck unfold right before your eyes. The fans stand and cheer as they watch a driver they hate have their car all wadded up.

Before that comes to pass, consider that the Sprint Cup Series is at Richmond International Raceway, a 0.75-mile track quite capable of manufacturing yellow flags organically.

For Carl Edwards, who isn't a fan of wreck-induced yellow flags, the potential of them happening naturally in Saturday's race beats the artificial means being suggested on sports talk radio and the Internet.

"Excitement might come in the form of wrecks and a place like Richmond is a place where, regardless of the aerodynamic devices (and) the tire compounds, always seems to have a way to make something happen. And that's good."