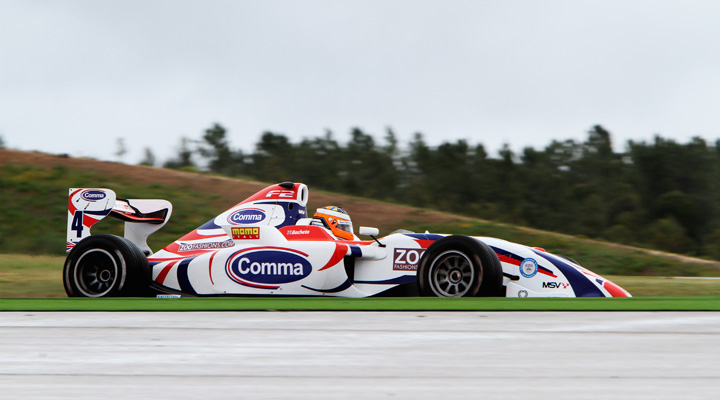 The morning's rain continued to fall as the 45-minute session got underway with Zanella, Bacheta, Pommer and Swiss teenager Matheo Tuscher all looking quick.

Bacheta, who yesterday celebrated his birthday, continued to make the most of the wet conditions to go top with around eight minutes remaining but no was able to better his time.

Tuscher finished just outside the top five ahead of Daniel McKenzie and Mihai Marinescu, who enjoyed a best of fourth when F2 last visited the circuit in 2010. Brazilian newcomer Victor Guerin finished ninth, despite a spin towards the end of the session, with Alex Fontana, who secured a double podium last time out at Silverstone, completing the top 10.