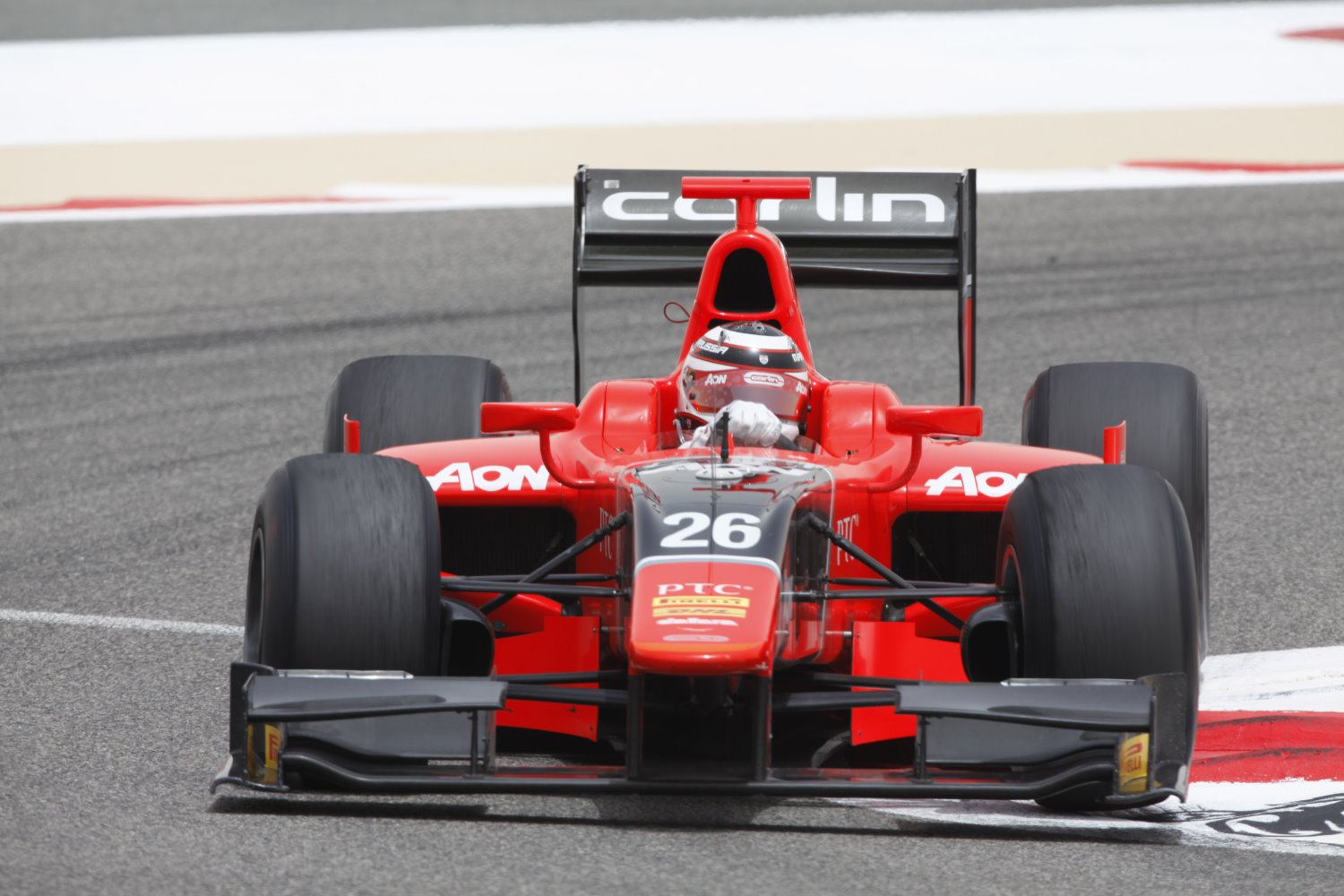 One week following the second round of the 2012 GP2 Series season, the thirteen teams remained in Bahrain for a standalone round 3. Max Chilton set the fastest lap time of free practice this morning in 1:42.136, three tenths quicker than Series leader Davide Valsecchi. Rival Luiz Razia ended up in P3.

Both Scuderia Coloni cars were the first ones onto feed the track as the session opened in high temperatures at the Bahrain International Circuit. It was a quiet first fifteen minutes with only nine cars on track. Both Lotus GP drivers chose to do only one installation lap and sit out for the remainder of the session.

Giedo van der Garde set the early pace, but his lap time was soon improved by seven tenths by Chilton. His Carlin teammate Rio Haryanto moved up to P2, but remained six tenths behind the Brit. By mid-session, Valsecchi moved up to P3 ahead of Haryanto, van der Garde, Felipe Nasr and Marcus Ericsson.

With ten minutes left on the clock, Jolyon Palmer stopped on track at Turn 10. The session was shortly red flagged. At the re-start, there were five minutes to go which was enough time for Razia to put his head down and take P2, but Valsecchi found some extra pace to edge out his rival.

At the checkered flag, Chilton remained P1 ahead of Valsecchi, Razia, Haryanto, van der Garde, Fabio Leimer, Nasr, Ericsson, Brendon Hartley and Fabrizio Crestani. The teams have now one hour to get ready for the qualifying session which will take place at 11:30am, local time.