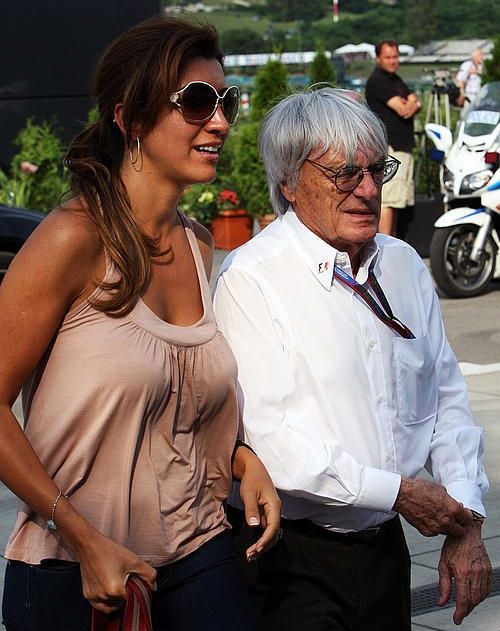 Button not keen to test at Mugello next week
(GMM) Jenson Button has admitted he sees no point to changing McLaren's Mugello test program next week.

After the British team struggled for pace on Pirelli's complex tires last weekend in Bahrain, Button's teammate Hamilton admitted he wanted to test at Mugello.

The in-season test in Italy is F1's first for years, but McLaren had already announced that only test drivers Gary Paffett and Oliver Turvey would be in action.

But Hamilton insisted: "I need to get back in the car. We need to figure out why the tires are going off."

Fellow Briton Button, however, is already scheduled to be at a promotional team event in Hungary early next week.

"The reason why we (the race drivers) are not there is because we've never been to Mugello before," he is quoted by the Daily Mail.

"I don't really think we will be a benefit because there aren't any massive updates to try.

"For the test drivers to put some miles on parts and try some very extreme things, then I think it's good, but it's not necessary for us (race drivers) to be there," added Button.

Pirelli getting credit and blame for unbalance of power
(GMM) Pirelli is getting the credit – or the blame – for F1's unstable pecking order so far in 2012.

For the first time in almost three decades, four different cars – McLaren, Ferrari, Mercedes and Red Bull – have won the opening four races of the season, while others – Lotus and Sauber – have displayed potential winning pace.

"It's been a question of who can make them work, and that is depending on a number of factors."

Some cars, for example, require the tires to be running hot and working hard before they deliver their pace, whilst others only find the 'sweet spot' in cold conditions.

For most, however, it's just a mystery.

"We know we were slow (in Bahrain) but we don't understand why," revealed Melbourne winner Jenson Button.

Publicly, teams like McLaren are hailing the invigorated 'show'. Privately, they may be looking back ruefully on the Bridgestone era.

"Bridgestone made great tires that could hold on for the whole race," Surer continued. "The only tension was when the two at the front were going to pit.

"Now, there is a stress factor that has been produced by the tire company. Sometimes, maybe, it's a bit too much."

"The tires are not blowing up, they are not blistering and it's always a challenge for both drivers and engineers to set up the car properly and get the maximum out of them.

"A tricky situation," he told gocar.gr. "We have to give thumbs up to Pirelli for the work they have done."

It is on Liuzzi's point about the situation being "tricky" that F1 team bosses completely agree about.

"The challenge is how to use the tires, how to set up your car," said Mercedes' Norbert Haug.

Agreed Red Bull's Christian Horner: "I think this year the tire has dominated performance and I think it's crucial to try and understand how they work."

"It's clear," Lotus' Eric Boullier added, "that the key for performance is the tires."

Williams' Pastor Maldonado had to move five places back on the grid last Sunday because a fault in his gearbox was discovered after the Chinese grand prix.

A cost-saving rule in F1 requires gearboxes to last five consecutive grands prix, with unscheduled changes met with the penalty.

But some gearbox problems "can be simulated for tactical reasons", read a report in Germany's Auto Motor und Sport.

So why would a team do that?

Whilst he was struggling out of the points during the Bahrain grand prix, Williams decided to pull the sister FW34 driven by Bruno Senna out of the race.

"I started feeling a lot of vibration in the brake pedal," said the Brazilian, "and the decision was made to pit to avoid risking an accident."

But Auto Motor und Sport contends: "His retirement was tactical."

The publication said a manufacturing defect was discovered on both Williams cars ahead of the Bahrain weekend, with a fix not set to be in place until Barcelona.

The loophole in the long-life gearbox rule is that genuine retirements – for whatever reason – are not further penalized on the grid of the next race, even if a gearbox is changed out of sequence.

McLaren's Jenson Button also did not see the checkered flag in Bahrain.

Whilst running in the points a few laps before the end, the Briton had to pit due to puncture, probably caused by a broken and noisy exhaust that was blowing hot gases onto the tire.

"A lap later, despite setting a personal best in sector two, Button was back in the pits," said Auto Motor und Sport.

The official explanation was a differential problem, but Auto Motor und Sport claims the retirement, like Senna's, was "probably for tactical reasons".

"Button was in 13th place, with no hope of breaking into the points."

The retirement means he can now take on a fresh gearbox for Barcelona, without penalty.

This could have an added benefit, journalist Michael Schmidt contends, because McLaren is planning modifications at the rear of the car that require a new gearbox shape.

Without the tactical retirement in Bahrain, Button would have had to wait until Monaco for the new gearbox.

Meanwhile, Michael Schumacher took a five-place grid penalty in Bahrain due to Mercedes having to break the seal on his gearbox prior to the race.

He can therefore have a complete gearbox change for Barcelona, which according to Auto Motor und Sport is an all-new carbon housing design that is lighter, which should improve the W04's treatment of the Pirelli tires.

Teammate Nico Rosberg must wait until Monaco before he can use the new 'box.

That is the claim of the Spanish publication Mundo Deportivo, referring to the 22-year-old Spanish driver who was ousted at the last minute for the 2012 season by Toro Rosso owner Red Bull.

"Everybody was caught out with not enough time to think of everything, so I was left without a seat," he said in March.

For 2012, he is still in the paddock full-time with a co-commentary role on British radio BBC, while he will keep his senses sharp by serving as F1 tire supplier Pirelli's main test driver.

"It (the Red Bull decision) hurt me but it didn't kill me," he is quoted as saying.

But Mundo Deportivo claims that it was "very difficult" for Alguersuari to witness Lotus drivers Kimi Raikkonen and Romain Grosjean finish on the podium in Bahrain last weekend.

"He no doubt remembers last November 26, the day of qualifying in Brazil, when the Lotus Renault team was interested to know if he was free to go to them in 2012," read the report.

Alguersuari, who writes a column for Mundo Deportivo, reportedly told the Lotus bosses that he would be at Toro Rosso in 2012, because Franz Tost and Dr Helmut Marko had told him so.

Interestingly, Alguersuari will drive a Lotus Renault this year, because it is the Enstone based team's 2010 car that has been acquired by Pirelli for private tire testing.

His track program kicks off at Jerez next month.

It will be the F1 supremo's third marriage. His first wife was Ivy, and they had a daughter, Deborah.

81-year-old Ecclestone's best known marriage, however, was to Slavica, a former Croatian model who, at six foot two, conspicuously stood a foot taller than diminutive Bernie.

Their two daughters are socialites Tamara, 27, and Petra, 23.

They were divorced in 2009 after a 24-year marriage, but Slavica remained entrusted with most of her former husband's huge wealth.

Ecclestone met his new fiancee, Fabiana Flosi, through his work, as she formerly worked on the marketing of the Brazilian grand prix.

"We are officially engaged — and it is not going to be a long engagement either," Ecclestone told the Daily Mail.

"We are so happy and it's just a case of when we get married, not if, though we haven't fixed a time or place yet.

"We have been together for two years and what makes it work is that Fabiana has a really good sense of humor — and when you live with me you need to have a sense of humor," he explained.

"Though I must say I am absolutely no trouble at home and I think she is lucky to have me."

Fabiana's diamond engagement ring is thought to have cost about $160,000.

She is five foot ten — shorter than Slavica but still head-and-shoulders above her billionaire fiance.

"I didn't need to go down on one knee," Ecclestone quipped.

Hamilton will not drive in Mugello test
McLaren has confirmed to GPUpdate.net that, as originally planned, only reserve drivers Oliver Turvey and Gary Paffett will be driving in next week’s Mugello test session. This dispels any chance of Lewis Hamilton being on-track, after the 2008 World Champion hinted that he may be travelling to Italy.

Following the Bahrain Grand Prix, Hamilton admitted that he and team-mate Jenson Button could attend the test after all.

“It might change," he said. “I need to get back in the car. We need to figure out why the tires are going off. If there are other things to test or ways to figure out I will be the one to do it, not let someone else do it. We have a lot of work to do. There is no quick fix. We really have to make some big improvements to the car because the qualifying pace is there but the race pace, at least today (Sunday), was miles off."

However, the team’s line-up confirmation verifies that Hamilton will not drive.

The session will run between Tuesday and Thursday of next week, with the cars on-track from 9am and 1pm local time (BST +2) and also between 2pm and 6pm. All of the action can be tracked through the GPUpdate.net Live Test Report.