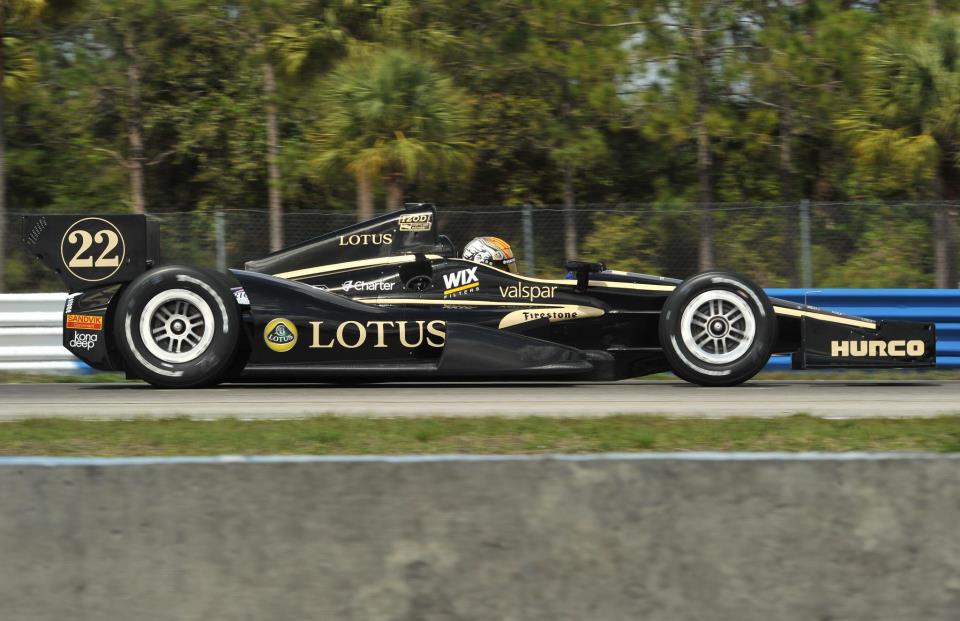 Oriol Servia will carry the WIX Filters livery for this weekend's Itaipava SÃ£o Paulo Indy 300 presented by Nestle. WIX, whose filtration products have become a staple in auto racing, has been an associate partner on Lotus DRR's entries since the 2011 season and served as primary sponsor of Paul Tracy's DRR entry in the 100th Anniversary Indianapolis 500.

"Our international races are great for our partners and with WIX's international presence in the marketplace it's nice for them to take advantage of events like these," said Robbie Buhl, Lotus DRR co-owner.

Dario Franchitti will carry a Lexar Media livery on his No. 10 Target Chip Ganassi Racing Honda in Sao Paulo as part of a two-race sponsorship deal.

The No.10 Lexar Honda will also run at the Baltimore Grand Prix.

"The Lexar brand, Chip Ganassi Racing, and its all-star driver, Dario Franchitti, are similar in that our names are synonymous with superior performance, high speeds, and reliability," Saul Matthews, worldwide marketing director, Lexar Media. "We are excited to join forces with this team and to watch Dario drive his way to a winning season."

04/26/12 As Lotus DRR heads to Brazil this weekend for the fourth round of the 2012 IZOD IndyCar Series season, they are proud to announce that Oriol Servia will campaign the WIX Filters primary livery for the Itaipava SÃ£o Paulo Indy 300. WIX, whose highly-engineered filtration products have become a staple in auto racing around the country, has served as an associate partner on the team's entries since the 2011 season.

"We are excited to have WIX as our primary in Brazil. Our international races are great for our partners and with WIX's international presence in the marketplace it's nice for them to take advantage of events like these," commented Robbie Buhl, Lotus DRR Co-Owner.

"WIX has a rich history of supporting racing excellence, so it's only fitting that we have joined forces with Lotus DRR as the primary sponsor for the SÃ£o Paulo Indy 300," said Mike Harvey, brand manager for WIX Filters. "Racing has become a global phenomenon, as evident by IndyCar racing in the largest city in the southern hemisphere. We look forward to extending the WIX brand to the millions of IndyCar fans across North America and South America, as well as around the globe."

This weekend will mark the second time that WIX has been the primary on the team's car. The Gastonia, NC based company first joined the team last year when they ran together during the Indianapolis 500 on Paul Tracy's machine.

Lotus DRR will be back on track this week for the Itaipava SÃ£o Paulo Indy 300 Presented by Nestle in SÃ£o Paulo, Brazil on Sunday, April 29th at 12:00 pm ET. The race will be telecast live on NBC Sports. Please visit www.dreyerreinboldracing.com for more updates.