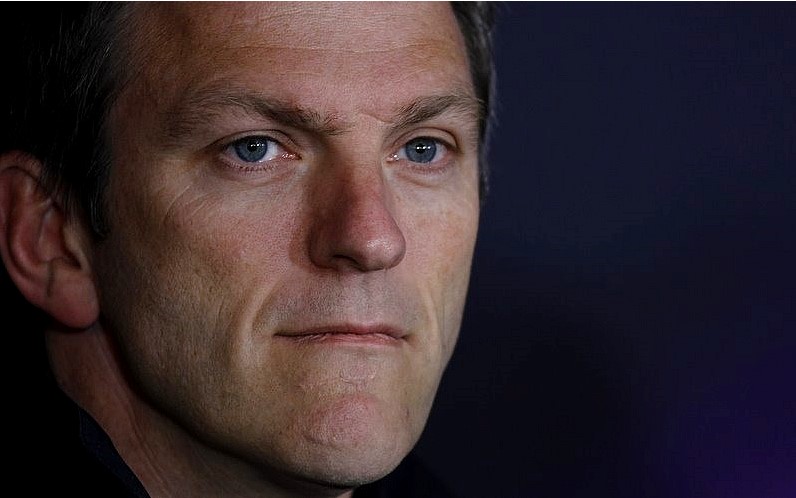 Q. James, a great result in Bahrain must be a huge boost; did you feel from the start of the weekend that the team had the pace to get this result?
JA: "I'm very pleased with our performance, and it's a good base for the rest of the season. On Friday and Saturday I felt good about the car, and was a little bemused by our less than stellar qualifying performance. Overnight strategy simulations showed that a podium was possible but only if both cars made good starts and subsequently revealed the extremely quick race pace that we had seen on Friday. Fortunately, that is exactly what happened. Three places for Romain at the start and four for Kimi followed by fast, consistent lap times in keeping with our expectations."

Q. How close do you think the team came to taking the win?
JA: "When Kimi got past Romain he was visibly faster than Sebastian (Vettel) thanks to having new tires vs. Vettel's scrubbed set. It was quite enthralling watching him close the gap, and he came very close to pulling off a pass, but it was not quite enough. With slightly better grid slots and no front wing damage for Kimi then the victory could well have been ours. As it was we had to settle for a really dominant P2 and P3. We will have to wait for the E20 to score a maiden win, but I think we can do it."

Q. Were there any moments in the race where you were slightly nervous?
JA: "There were a couple; Kimi gave us a scare in the opening laps when he lost a place to a much slower Felipe (Massa) and in doing so also damaged his front wing. We could see from the data that this impact lost us some aerodynamic performance which Kimi then had to carry for the remainder of the race. Then of course there was the battle between our own drivers; never an easy thing to watch from the pit wall! As expected, with new rubber on every stint, Kimi was devastatingly fast and was able to close down both Romain and Sebastian (Vettel). Romain was doing an extremely good job, only slower as a result of running scrubbed tires to Kimi's new rubber. Luckily both drivers behaved themselves!"

Q. What were the real highlights for you of the team's performance from your perspective?
JA: "Aside from the obvious satisfaction of watching our drivers sail past the traditional front runners, I took huge pleasure from watching our pit crew deliver 6 really good quality stops to ensure that we could let the pace of the car speak on the track. We have made several improvements to the pit stop kit since the early races, but it is still very difficult for the crew to make a good job of changing our wheels in a competitive time. When we get some wheels / nuts / sockets that allow us to compete with the front runners our crew is going to be mighty – they have been altitude training so far this year, once we get them down to sea level I think we are going to see some really excellent times."

Q. Overall then a satisfying weekend all round…
JA: "We can come back to the factory happy in the knowledge that we have finally turned potential into proper points. We are now third in the Constructors' Championship and there is no reason why we cannot deliver even better results than this if we keep our eye on the ball for the remainder of the year. We have a Windshear test next week, and Mugello the week after; hopefully both go well and we can pick up in Spain where we left off today."