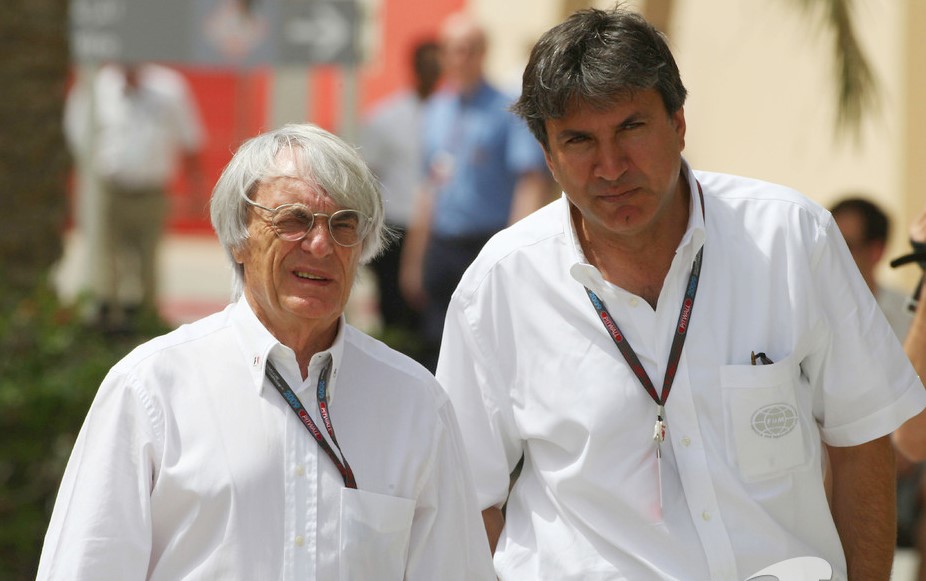 Ecclestone colleague Lattuneddu close to Molotov cocktail
(GMM) The actual flames of Bahrain's unrest have touched yet another member of the formula one fraternity.

It has already emerged that Force India and Sauber team personnel, driving in hired vehicles en route from the circuit to their hotels, have come close to the Molotov cocktails being thrown by protesters.

Germany's Bild newspaper reports that the latest figure to come face to face with the controversial off-track action this weekend is Pasquale Lattuneddu, the well-known right-hand man of F1 chief executive Bernie Ecclestone.

The report said a Molotov cocktail exploded close to Lattuneddu's car as he witnessed a clash between young rioters and police.

Bild also reported that Michael Schumacher, despite publicly backing the Bahrain grand prix on several occasions, has moved to a "secret" location that is "protected by barbed wire" for the rest of the weekend.

Media reports say the 2012 event at Sakhir has quickly become the most controversial event in F1's long history.

"But it could mean (Jean) Todt and (Bernie) Ecclestone are gored on the horns of a dilemma of their own making."

Other first-hand observers are less worried.

"So far my picture of Bahrain is different from what the news agencies painted and what was said in the paddock in Malaysia and China," wrote O Estado de S.Paulo correspondent Livio Oricchio.

"At least with the information I have, the scenario is less tense than it seemed. But, you know, anything can happen. Hopefully not."

Bird hits Rosberg's helmet in Bahrain practice
Apr.21 (GMM) Nico Rosberg escaped unscathed but the bird was not so lucky, after a 200kph collision in Bahrain during Friday practice.

Bild newspaper reports that the Shanghai winner, and Friday afternoon's fastest in the island Kingdom, came to blows with a wayward feathered-friend as Rosberg's Mercedes circulated the Sakhir circuit.

Video and photo footage depicted the 26-year-old German driver returning to the pits with bloodied feathers stuck in his visor.

"I thought, God, what's that?!" Rosberg told the newspaper.

"It was a violent impact, pushing my head right back. The bird exploded on the helmet, but nothing else happened," he said.

In 1960, British F1 driver Alan Stacey died at Spa-Francorchamps, after a bird smashed through his visor.

It was reported recently that although the F2012 car is far from the fastest in this year's field, it is being turned around by Ferrari's pit crew the quickest at recent races.

Spain's Marca sports newspaper reports that the main secret is an innovative wheel nut and wheel gun design, featuring a nut that is an inherent component of the wheel rim.

After the nut is untightened, the wheel gun is then used by the operator to yank the old wheel from the spindle.

Previously, the untightening and removal of the wheel were two separate processes.

The other advantage is that when the new wheel goes on, all the wheel gun operator needs to do is pull the trigger on his gun, because the nut and washer are already in place on the new wheel.

Marca reports that Ferrari's 2.4 second pitstop in Shanghai was an outright record.

The system was pioneered by Mercedes late last season, but Ferrari appears to be the first to perfect it.

Maldonado handed five-place grid penalty
Pastor Maldonado has been docked five places on the Bahrain Grand Prix grid for a gearbox change. The modification came after the opening pair of free practice sessions on Friday and follows a first points finish of 2012 in China.

With Practice 2 seeing Maldonado in 15th position with team-mate Bruno Senna 18th, Williams appears to be set for its toughest weekend of the year so far; bearing in mind that pace, the penalized Venezuelan could be facing a Q1 knockout in qualifying.

Man shot dead in protest ahead of Grand Prix
A man has been found dead with gunshot wounds in Bahrain after overnight clashes with police, activists say, a day before Sunday's F1 Grand Prix.

His body was found in the village of Shakoura, near the capital, Manama, an opposition group said.

On Friday, tens of thousands took part in at times violent protests demanding an end to the crackdown on dissent in the run-up to the rally.

Armored vehicles are patrolling the streets of Manama ahead of the race.