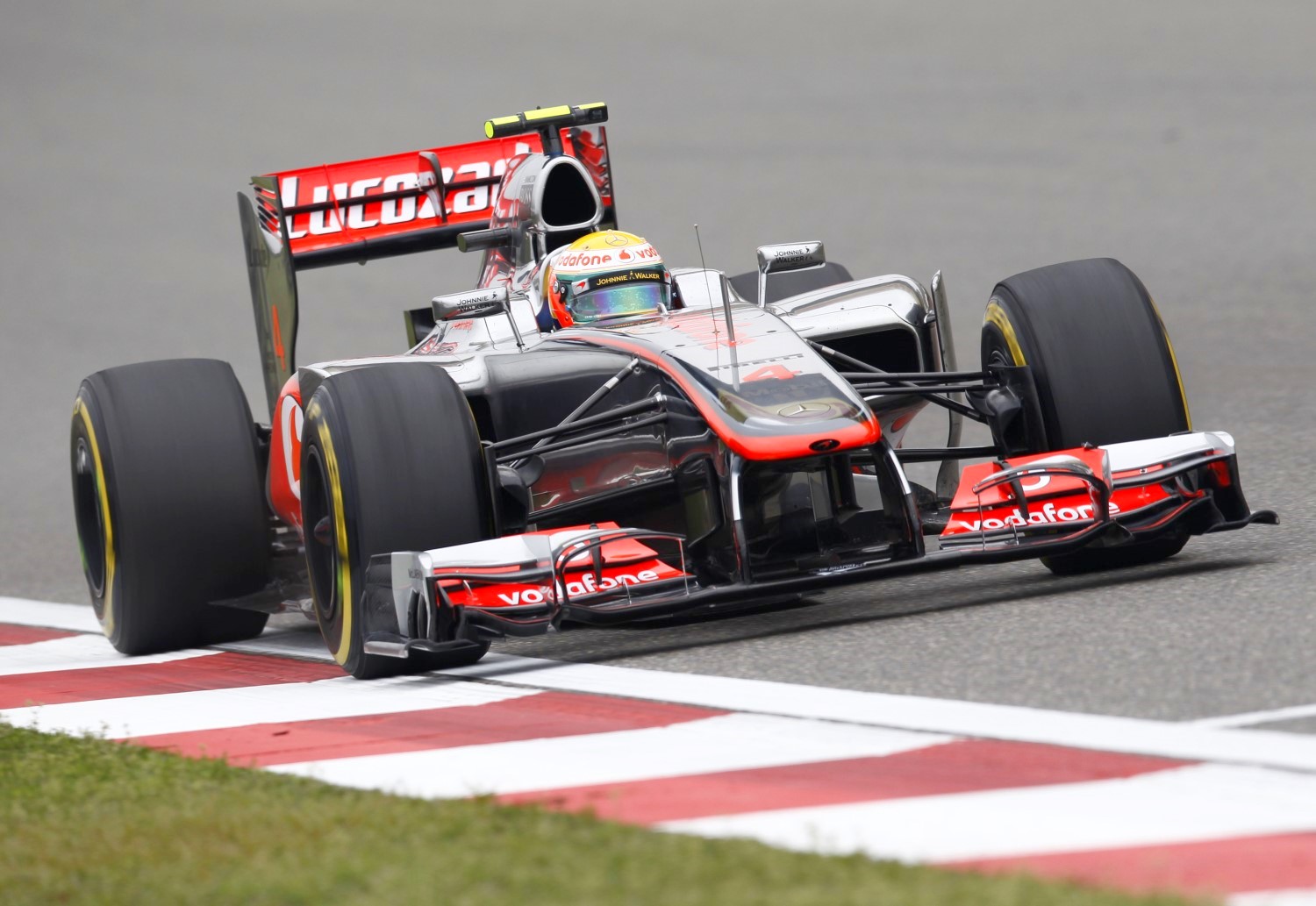 Lewis Hamilton set the fastest time in the opening practice session Friday for Sunday's Bahrain Grand Prix. The McLaren driver set a time of 1m33.572s in the 90-minute session and was clear of second place by 3/10ths of a second.

Nico Rosberg, winner last weekend in China, and Jenson Button in the 2nd McLaren rounded out the top-5.