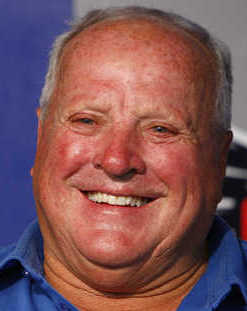 The Chevrolet IZOD INDYCAR series teams aren’t going to boycott Brazil next weekend, but General Motors has filed an official protest on the decision to allow Honda to make a change to its original turbocharger specification.

Honda is being allowed to switch to a new housing on its single turbo for the street race in Sao Paulo.

Honda teams installed the part last weekend at Long Beach but had to change back after it was ultimately denied by INDYCAR officials after Chevrolet engineers got wind of the news and protested vehemently.

Tech chief Will Phillips then said he would study all the information and make a decision this week and there had been talk among the GM teams last weekend that if the turbo was approved they might boycott Brazil or take INDYCAR to court.

Roger Penske, who was instrumental in bringing GM back to Indy car racing this season, reacted angrily to the news of Honda’s off-track victory.

"This is all about integrity and I’m very disappointed in the process,’’ said Penske, whose team has won all three pole positions and races in 2012 with the Ilmor-built Chevrolet.

"All we want is a level playing field and that turbo was not approved. This is ridiculous.’’

But Tony Cotman, who led the new car/engine project for two years, said the team owners don’t know all the facts.

"In the early manufacturer meetings, back in December of 2010, it was agreed that the turbos would be matched as equally as possible,’’ said Cotman. "BorgWarner’s (the company that makes all the turbos for INDYCAR) job was to see that if they weren’t matched, to then fix it.

"The reality is that we didn’t want this to develop into a turbo war and to me this is a non-issue.’’

Chevy’s twin turbos seem to have the edge on Honda’s single turbo coming off the tight corners and one engineer from a Chevy team estimated the new turbo might mean two-tenths of a second at Brazil.

"This ain’t about racin’ this is about politics,’’ said A.J. Foyt, whose ABC Supply team is powered by Honda. "It’s about control and this isn’t Chevrolet talking, this is Roger Penske. He’s been like that forever, we all know that.’’ Speedtv.com

04/19/12 Be sure to see our article on this story from last weekend, which better describes the position of Honda and of Chevy.

04/19/12 The battle for dominance between Chevy and Honda has now moved into the realm of record keeping and traceable documentation.

The contretemps, as multiple sources have now confirmed, centered on lost minutes from an IndyCar engine Committee (IEC) meeting held back when former 2012 car Project Manager Tony Cotman was in charge.

In that meeting, the series gave verbal affirmation that if any inequities were found between the single- and twin-turbo layouts, the layout with the deficiency would be given concessions to bring it up to match the other system.

Although copious notes were reportedly kept by the series (and the manufacturers present at the meeting), the series’ notes, for whatever reason, were never entered into INDYCAR’s records.

Acting on that verbal promise, and with its own notes from the IEC meeting to support a change, Honda moved to bridge the performance gap it noted with its single-turbo layout, but in a sly bit of gamesmanship, Chevrolet, noting that nothing official had been added to the engine regulations regarding turbo parity, pointed out to the series that the rules did not technically support Honda’s turbo change.

The series conceded at Long Beach, instructing Honda and its 10 teams to revert to its original, less powerful turbo specification.

Will Phillips, INDYCAR’s VP of Technology, inherited the political mess, and after taking some extra time so sort through all of the notes submitted by Honda, has ruled in the manufacturer's favor starting at Brazil.

That Chevy sat in the same IEC meeting where the series said it would support turbo parity (which it would need to rely upon if its twin-turbo layout had proven to be down on power), yet called out the series and Honda for not having gone through the appropriate steps to ratify the rule, seems to establish just how quickly the gloves have come off between the two manufacturers. Speedtv.com