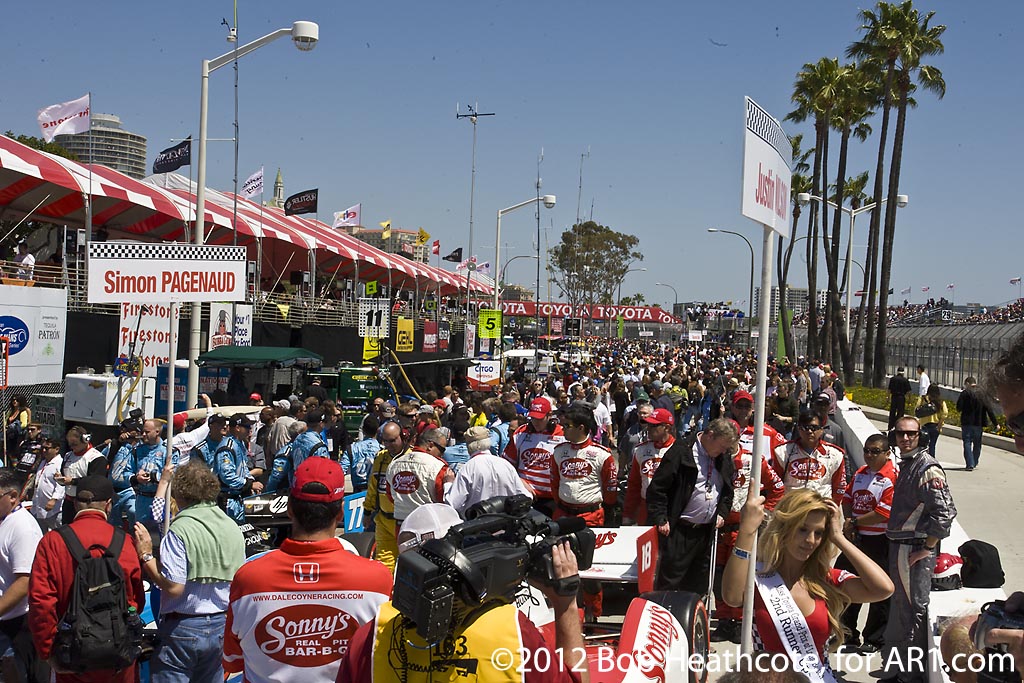 The annual success of the Long Beach Grand Prix was tested last weekend by the heavy rains Friday that curtailed anything on the track and turned the paddock area into the latest body of water in Long Beach, Lake Pine.

At the end Sunday, the Grand Prix had reached 170,000 fans for the weekend, 5,000 below usual expectations but impressive considering the rain made at least 20,000 possible attendees opt for the warmth of their homes.

Several years ago, the Grand Prix actually operated for four days, but that idea was eventually shot down because of complaints from merchants in the area. Frankly, there aren't enough merchants directly affected by the Grand Prix except in a positive way, but that has never stopped them from complaining anyway.

So here's a proposal: Add Thursday back to the schedule.

Grand Prix officials say they would likely make it a free event, which would be a boon to the Lifestyle Expo that was packed all weekend. The drifting competition leaves me adrift, but the younger generation loves it, and the best way to create a new generation of LBGP fans is to continue to expand the offerings.

A Thursday night concert would be a success, too, especially since the Grand Prix has tapped into the right acts of late – major performers familiar to the Hispanic crowd, and vintage rockers like Cheap Trick and Joan Jett.

Add a Thursday full of nouveau racing and maybe the Thursday concert series can feature local bands plus a headliner with name recognition.

The only demo the LBGP has been unable to crack is African-Americans, and that could be done by perhaps making it Hip-Hop Thursday. There must be a dozen hip-hop performers from greater Long Beach who would potentially bring new fans to the event, even if only for a day.

Imagine for a second what the crowd might look like if Poly High's own Snoop Dogg were to make an appearance, even if it's a cameo.

The reports were true: The new engines definitely sound like the CART engines of yore, but without the eardrum-busting decibels.

I spent almost the entire race at the press area along Shoreline and didn't use my earplugs once. Ten years ago, I might have lasted 10 laps before the blood began trickling out of my ear and down my neck.

The consistently serene way the weekend plays out from a viewer's perspective is a testament to the smooth operation Jim Michaelian, Chris Esslinger and other LBGP execs runs. The paddock area remained open to those with the appropriate tickets and passes, and they didn't clear pit row until 15 minutes before the start of the race.

The way the drivers interacted with fans and sponsor guests was remarkable, too. You'd never see an NFL locker room or MLB clubhouse left open to guests even an hour before the game. Will Power is a very serious and studious young man, but even he was making nice with on-lookers before pulling on his helmet.

Rubens Barrichello, the Brazilian and former F1 driver, would have made nice, too, but he chose to take a nap in his car.