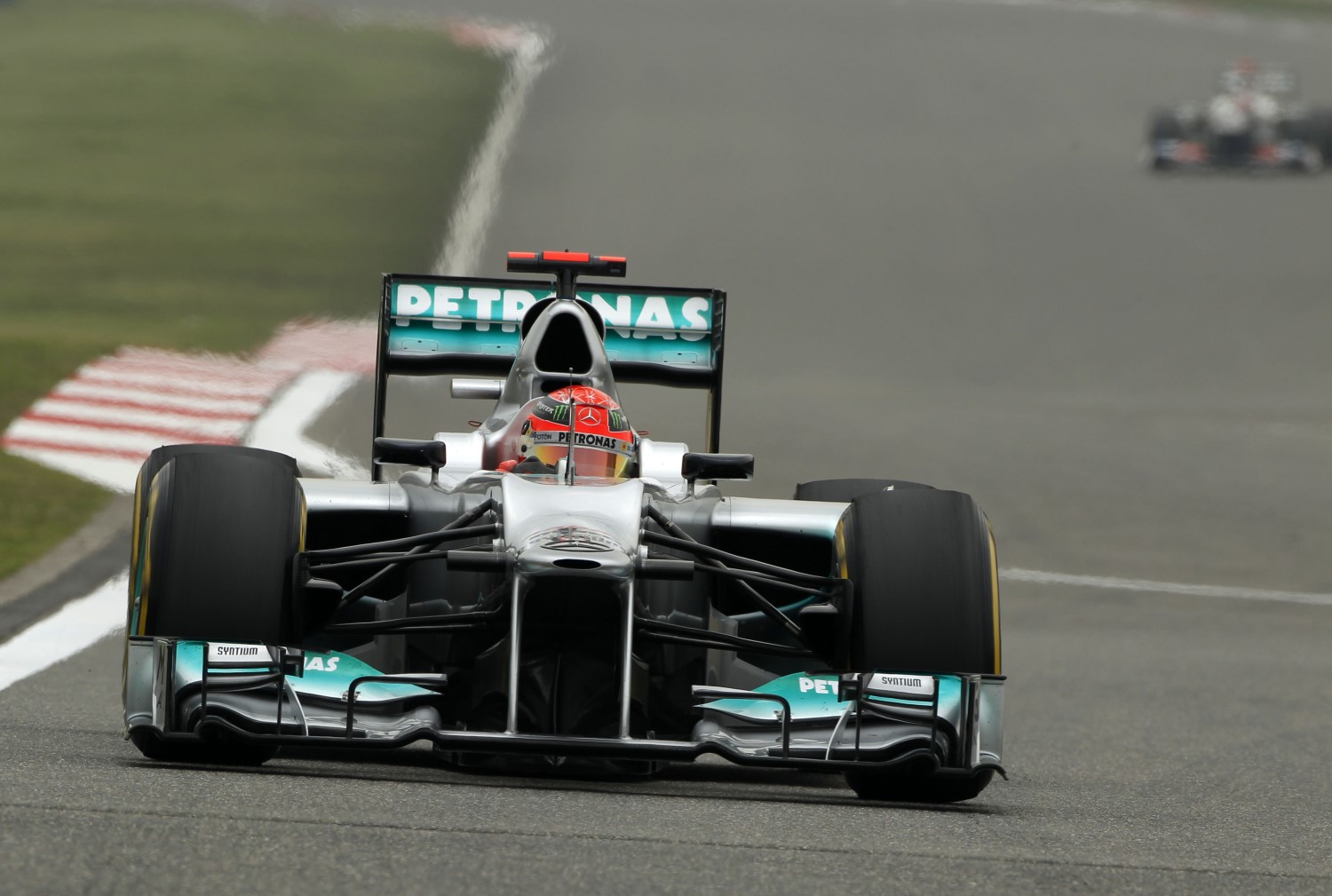 Despite always qualifying strongly with its 'double-DRS', the German squad struggled markedly in the races with the degradation of Pirelli's tricky 2012 tire generation.

But Nico Rosberg broke through with a dominant pole and win in China.

Asked if Mercedes can now keep it up, his teammate Michael Schumacher said in Shanghai: "I hope so.

"We have found that the tires are extremely difficult to work out and different circumstances like the weather can be decisive."

Schumacher, 43, followed Rosberg early but had to retire after a problem with the fitting of his wheel in a pitstop.

As for the forthcoming races, however, the famous German said: "It's going to be interesting. It will be much hotter in Bahrain and so we'll have to see if the cards are shuffled."

But Schumacher insisted he is feeling confident, as F1 now hops immediately to Bahrain.

"Basically I'm positive, as we have seen that we can be quick on all sorts of tracks in qualifying and then be front runners (in the race) if we understand our car."