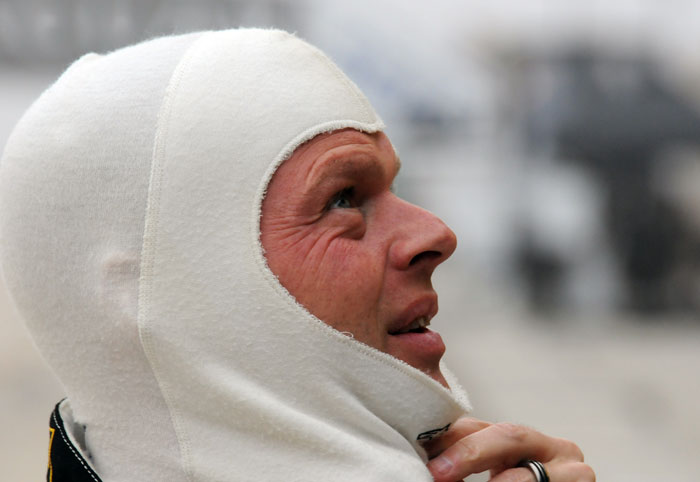 It’s always good to hear from Jan Magnussen one of the most well-versed drivers in the American Le Mans Series presented by Tequila PatrÂ¢n. After a runner-up GT finish in last year’s Tequila PatrÂ¢n American Le Mans Series at Long Beach, Corvette Racing’s Danish star thinks this is the year Corvette takes a step back up to the top of the podium at America’s most famous street race.

Q: Sebring was the your best start to the year since Corvette switched classes to compete head-to-head against Porsche, Ferrari and BMW. Tell us how this finish will help you focus on a run for the championship?
Jan Magnussen: “Sebring was good for us and for sure, it’s the best start we had. We did have some issues there but we did the best with what we had. I think everybody on the team is very proud of what we did and it was a great way to start the season.

“We were really strong last year at Long Beach – I think in the race we had the strongest car. But the way the pit stops happened we ended up coming second. This year we are heading to Long Beach with one clear goal and that’s to win the race.

“It will be Antonio’s [Garcia, No. 3 Corvette co-driver] first time at Long Beach so he’s got a steep learning curve, but we’re all going to get there really early, walk the track and make sure that everything is right. He’s a super-fast learner and I have faith that he will be very good."

Q: How challenging is it to go to Long Beach where we have limited track time. Is running practice at 7:15am in the morning and then going to qualify at the end of day a difficult task?
JM: “It’s going to be tough. I’m fairly certain I’m going to be qualifying but at the moment it’s not set. If Antonio is qualifying he’ll have a short time on the track and a long time to think about it.
“For the morning session, it’s two hours and we should have a good idea of where we are with the car. The track for sure will change, but the changes it makes usually don’t upset the balance of the Corvette too much. It gains a whole lot of grip usually as the rubber builds up on the track.

“The schedule for ALMS at Long Beach does make it hard for us to be 100 percent sure that any changes we do make will be in the right direction.

“But it’s the same for everybody, and in previous years the schedule’s been similar and we’ve done a really good job."

Q: What’s the secret to a quick lap around Long Beach?
JM: “Obviously on a street circuit the penalty for mistakes is very high, because there is no room for error with the walls being so close.

“The real secret on all street circuits is momentum. You’ve got to keep your speed up in the corners but make sure you get off well. The Corvette is very good on these types of circuits, which is helpful.
“Long Beach is fast for a street circuit – I love the place. The layout is fantastic and it’s very intense when you’re out there."

Q: Traffic at Long Beach is always a big issue. What is it like out there in a GT car? How challenging is it to keep your awareness as to where everyone is and what’s going on?
JM: “The key to winning this race is how you manage traffic. When passing or getting passed, you want to minimize the time loss as much as you can.

“When you’re being passed by a prototype you have to let them do it in a place where there’s enough room and it’s safe, but it’s very important to make sure you don’t lose time.

“It’s important to know who’s in the cars around you at a given time, and my Corvette crew is really good at keeping us informed of what’s going on. They really make great use of all the cameras on the track and telling us what we need to know. Every lap Dan Binks is on the radio giving me updates.
“It’s all about who you can work and who you can’t. Obviously the ones you can work with usually you have no time loss or only a little bit – it’s the one you don’t know that you have to be cautious around.

"We're also very lucky because the Michelin tires always work incredibly well around here. There are a lot of surface changes and the different types of rubber from the IndyCars going down on the track but our tire package with Michelin is always very strong."

Q: What is the visibility like on a street circuit in the Corvette?
JM: “That is very tricky, but that’s where the information we get on the radio really becomes valuable. They’re very good about telling me if there’s more than one car behind me or if I have space.

“Again it’s about timing and who’s coming up on me – which car and who’s driving. There are some drivers that will be nice to you and get by you clean and there are others that leave me in the marbles and losing lots of time.

“Experience in this type of racing becomes very valuable in these situations."

Q: How important is it for you to have a calm, unflustered voice on the radio to help you keep your concentration?
JM: “Dan Binks is on the radio for me and when I first came to Corvette I had to get used to all of the activity in my ears, it was very different than what I was used to. Now I don’t want it to be any different; it’s such a big help. And the way Dan communicates, it almost feels like coaching – it just keeps pumping me up.

“It feels like no matter what, the whole time you’re not out there by yourself, the crew is with you on the track. For Corvette Racing, it’s a big team effort for us all the time – it’s not just like 'OK, everybody’s working on the car now and at when the car’s on track, it’s up to the driver.'

“Instead, everybody’s involved the whole time and I think we get better results because of it. To me it’s invaluable and a big part of the success we have had."

Q: There was just an announcement about two SRT Vipers joining the GT class later this year. How much more intense is the GT battle going to get with those cars joining the Corvettes, BMWs, Ferraris and Porsches?
JM: “It will be very interesting to see how the new Viper does. At the moment I this ALMS class is the most hotly contested GT championship in the world.

“The cars are so evenly matched this year more than last and the racing is super-intense. We are going to fight for every position on track."