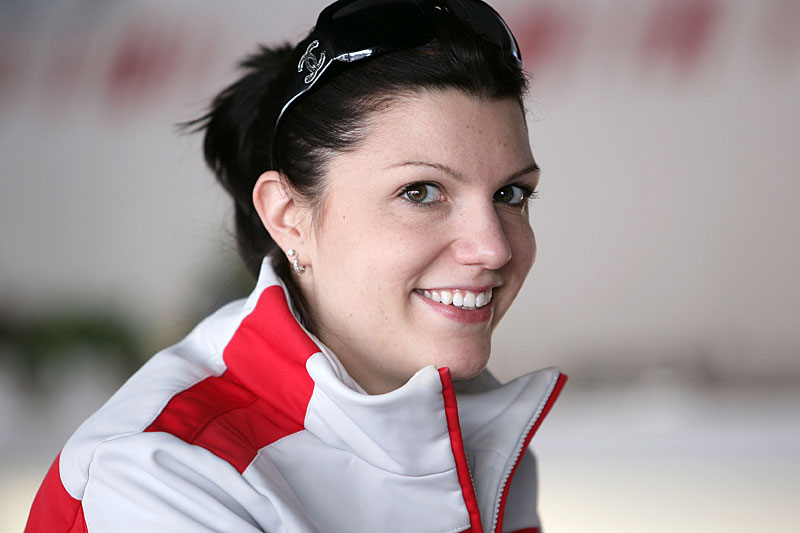 British race car driver Katherine Legge made history in 2005 when she became the first woman to win a major open-wheel race in North America. It was at the Toyota Grand Prix of Long Beach, where she drove a Toyota Atlantic Championship race car to a first-place finish despite daunting circumstances.

“That weekend didn’t start off well as I’d wanted it to, as I recall" said Legge. “I crashed in qualifying and started the race off towards the back of the field. It wasn’t a race where I depended on strategy, though. It was just one of those memorable races – I was the underdog; I had to come from behind to win. It was a pretty special moment, especially since it was my first race in North America."

Legge, who is a newcomer to IZOD IndyCar series this season, is hoping for another memorable race this weekend as she takes to the track for the first time since 2007. This time it will be behind the wheel of the No. 6 TrueCar Lotus Dallara DW12 campaigned by Dragon Racing, who also fields the No. 7 McAfee/Bing Lotus Dallara DW12. Legge is looking forward to the race as it is probably the most significant event for her in her recent racing history – having raced in Germany’s DTM series from 2008 to 2010, this will be only her third event in an open-wheel car in four years. Her team has struggled with engine issues in the first few races of the season, so she has that challenge to contend with. But her considerable experience there gives her optimism (she also scored two top-ten finishes in Long Beach racing in Champ Car in 2006 and 2007).

“I love the track; it’s definitely one of my favorites," said Legge. “Everything about it is special. The atmosphere and the fans all give it a very upbeat feel and it makes for a great weekend. The track is a typical street course; a little rough with long straights and both quick and slow corners. I do have some concerns, however. We still are way behind in test time – we’ve done all of our testing during the first two races because we haven’t been able to get engines as we need them. But this will be the first race this season that I know the track, and I’ve been using the simulator to keep on top of it and prepare."

Legge, driving under TrueCar Racing’s “Women Empowered" initiative, is not the only member of her all-female team that has had success here. Shea Holbrook, who drives the #67 TrueCar Honda Civic Si in the Pirelli World Challenge series, became the second woman to ever win a World Challenge race and the first female to win in the Touring Car class of that series when she won at Long Beach last year. While Holbrook will not be racing this weekend (her class does not compete at the 1.968-mile temporary street course this year) she will be in attendance with three other members of the TrueCar team – Ashley Freiberg, Verena Mei and Shannon McIntosh – to cheer Legge on. Emilee Tominovich is the only member of TrueCar Racing that will be absent this weekend due to previous commitments.

The TrueCar ladies will be appearing at the Long Beach Fan Village on Sunday, April 15 from 10:15 a.m. to 10:45 a.m. to greet fans and sign autographs. Shortly afterwards, Legge hits the track in the Toyota Grand Prix of Long Beach, which starts the same day at 1:15 p.m. PDT. The race will be televised live on the NBC Sports Network.