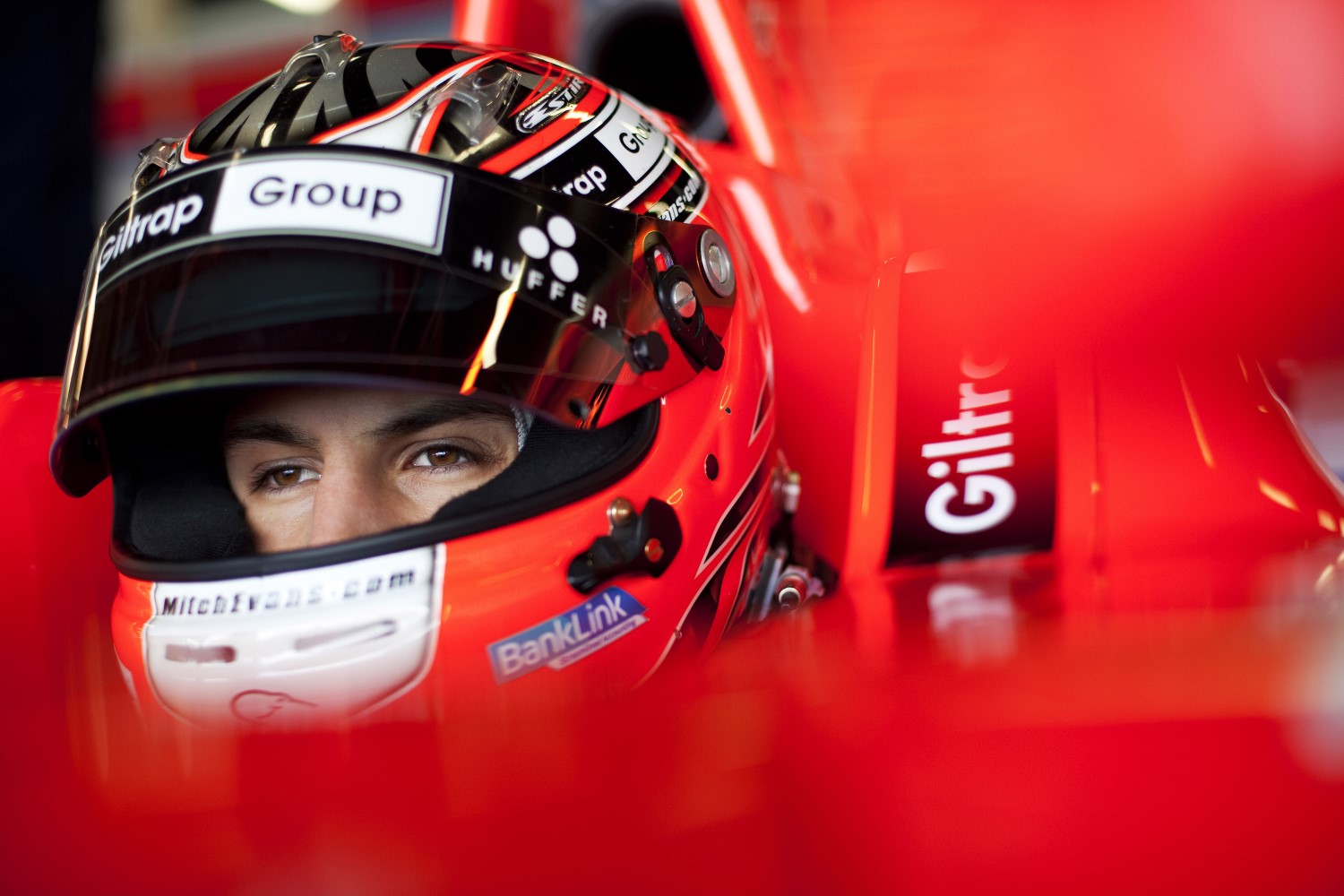 The GP3 Series headed to Silverstone for the final two-day pre-season test before the season commences in Barcelona next month. There was one new face in the line-up for the test and that was British youngster Alice Powell making her maiden appearance in a GP3 car for Status Grand Prix, hoping to impress to land a drive for the upcoming season and become the third female driver of the 2012 season.

The test session began under heavy clouds and cool temperatures as the drivers made their way onto the track to make sure they gained some dry running time with rain predicted. It was Kotaro Sakurai for Status Grand Prix who headed the timesheets for the first 30 minutes before Carlin’s William Buller jumped to the top of the standings. After one hour, it was the duo of MW Arden drivers Matias Laine and David Fumanelli leading the way just before the first red flag of the day occurred when Powell spun at turn 13 getting to grips with her new machine.

Antonio Felix Da Costa then took control of the timings by the smallest of the margins, as the session was brought to a halt when Tamas Pal Kiss stopped on the circuit producing the second red flag of the morning. Felix Da Costa driver improved on his lap time with a 1’51.206, just 0.018s faster than Tio Ellinas and Evans as the drivers went into their final hour of the morning session before the break. Within the last twenty minutes, MW Arden’s Evans set a lap of 1’50.276 which was over half a second quicker than his nearest contenders Felix Da Costa and Ellinas. Buller, Alex Brundle, Marlon Stockinger, Robert Visoiu, Aaro Vainio, Laine and Kevin Ceccon completed the top ten. Evans best laptime was five tenths faster than the quickest time posted at the Silverstone test in 2011.

It was Conor Daly who set the early pace in the afternoon session and then Evans went P1 again. Ethan Ringel crashed after just two laps which caused a red flag and put an early end to his day. When the session resumed, Laine went top with a laptime of 1:50.292, four tenths faster than the New Zealander.

In the final hour of the test, the rain that had been threatening finally arrived, therefore preventing any drivers from improving on their earlier lap times. Several drivers ventured out onto the slippery circuit for some vital wet running, the first for many drivers in a GP3 car for this season. Finnish driver Laine finished just two hundredths off the Evans’ fastest time of the day making it a successful day for MW Arden topping both timesheets. Daly finished P3 with Buller, Vainio, Ellinas, Visoiu, Daniel Abt, Brundle and Patric Niederhauser.