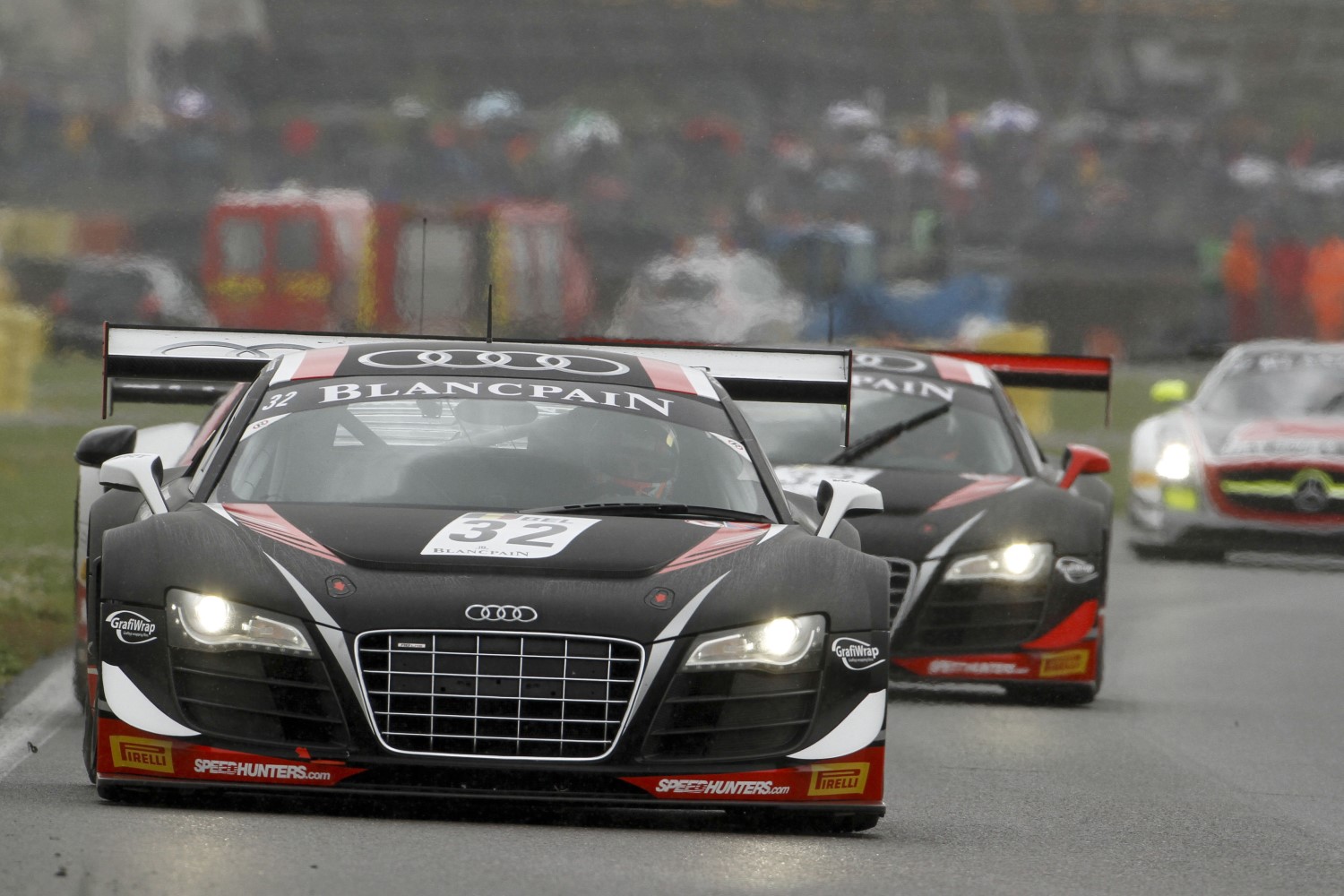 Impressive premiere: On its first outing in the FIA GT1 World Championship the Audi R8 LMS ultra, fielded by private team WRT, enjoyed a pair of one-two race results in France. Stéphane Ortelli (F)/Laurens Vanthoor (B) won the qualifying race at Nogaro on Saturday as well as the main race on Monday – on both occasions from their team mates Oliver Jarvis (GB)/Frank Stippler (D). Stippler also celebrated his 37th birthday on Monday.

Successful opener: The FIA GT3 European Championship also started with a win for an Audi customer racing team. At the wheel of the new Audi R8 LMS ultra Marc Sourd, who races with team mate Grégory Guilvert, secured victory by more than a minute for team Sainteloc by driving tactically in the rain on Sunday.

New record: The official Audi Sport (www.facebook.com/AudiSport) Facebook profile now boasts a healthy group of fans after just about one year. Over the Easter weekend Audi welcomed the 100,000 user to show their allegiance to the brand’s motorsport program.

Test for the opener: Hockenheim was the scene of the final general test for the three manufacturers competing in the DTM before the season opens there on April 29. Audi presented the A5 DTM in its new colors for the 2012 season. The eight Audi factory drivers shared cockpit time in the latest touring car generation between Monday and Thursday.

Spring fever in Vienna: Mattias EkstrÃ¶m and Audi introduce themselves in Vienna next Thursday. The two-time DTM Champion and an Audi DTM show car make an appearance at the 16th Styrian Spring Festival. The Styrian market village opens on the Vienna town hall square 11:00; at 12:30 EkstrÃ¶m and the DTM car are available for photos.

At the service of science and technology: Leena Gade impressed up-and-coming students as orator at the Atlantic Conference 2012 in Ireland. As responsible race engineer, the Briton from Audi Sport Team Joest guided the Audi R18 TDI of Marcel FÃ¤ssler/André Lotterer/Benoit Treluyer to victory at the 24 Hours of Le Mans last year. At the conference in Tullamore she conveyed the importance of science, technology, engineering and mathematics in a vivid manner to a school class.