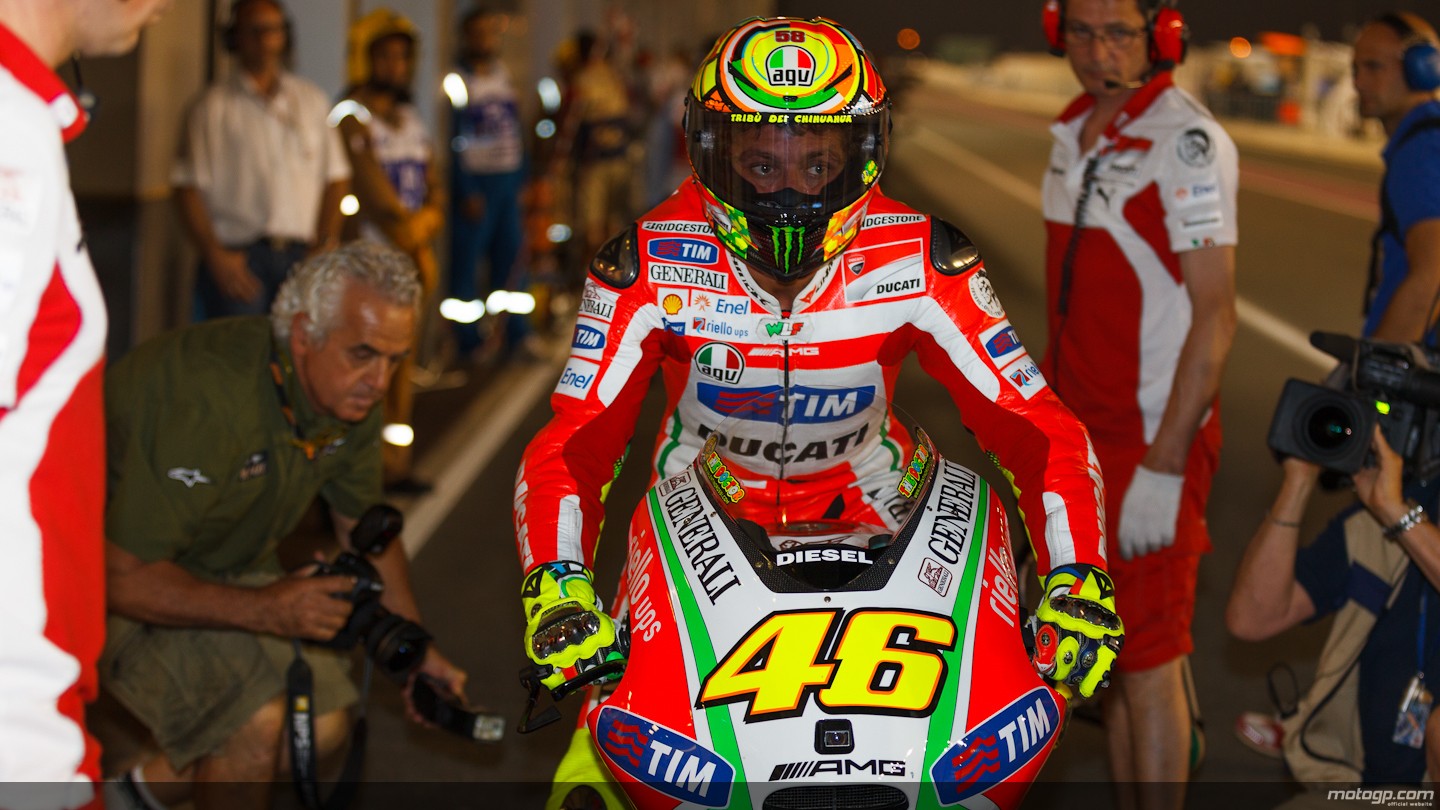 A downbeat Valentino Rossi conceded that at present he simply cannot get to grips with the 2012 Ducati after struggling to 10th place in the Qatar Grand Prix.

The seven-time MotoGP champion was a long way off the pace throughout the Losail weekend, and could not match teammate Nicky Hayden's pace.

While Rossi said an earlier clash with Hector Barbera was a factor in his Qatar result, he admitted that the biggest problem was that the bike did not suit him at all.

"I had big problems at the beginning of the race: when we are on new tires I struggle under braking," he told Italian broadcaster Mediaset. "On top of that, I lost four or five seconds after coming together with Barbera. I then managed to improve a bit and on the last lap I even managed to set my quickest lap on worn tires. But it's useless, we struggle to be competitive.

"I can't ride this bike, I can't make the difference, I can't even keep up with Hayden's pace, who I used to go quick against in comparison. In theory, with new tires I should go quicker. Nicky managed to do a good race with the other works Ducati, but he still ended up only sixth." More at Racer.com