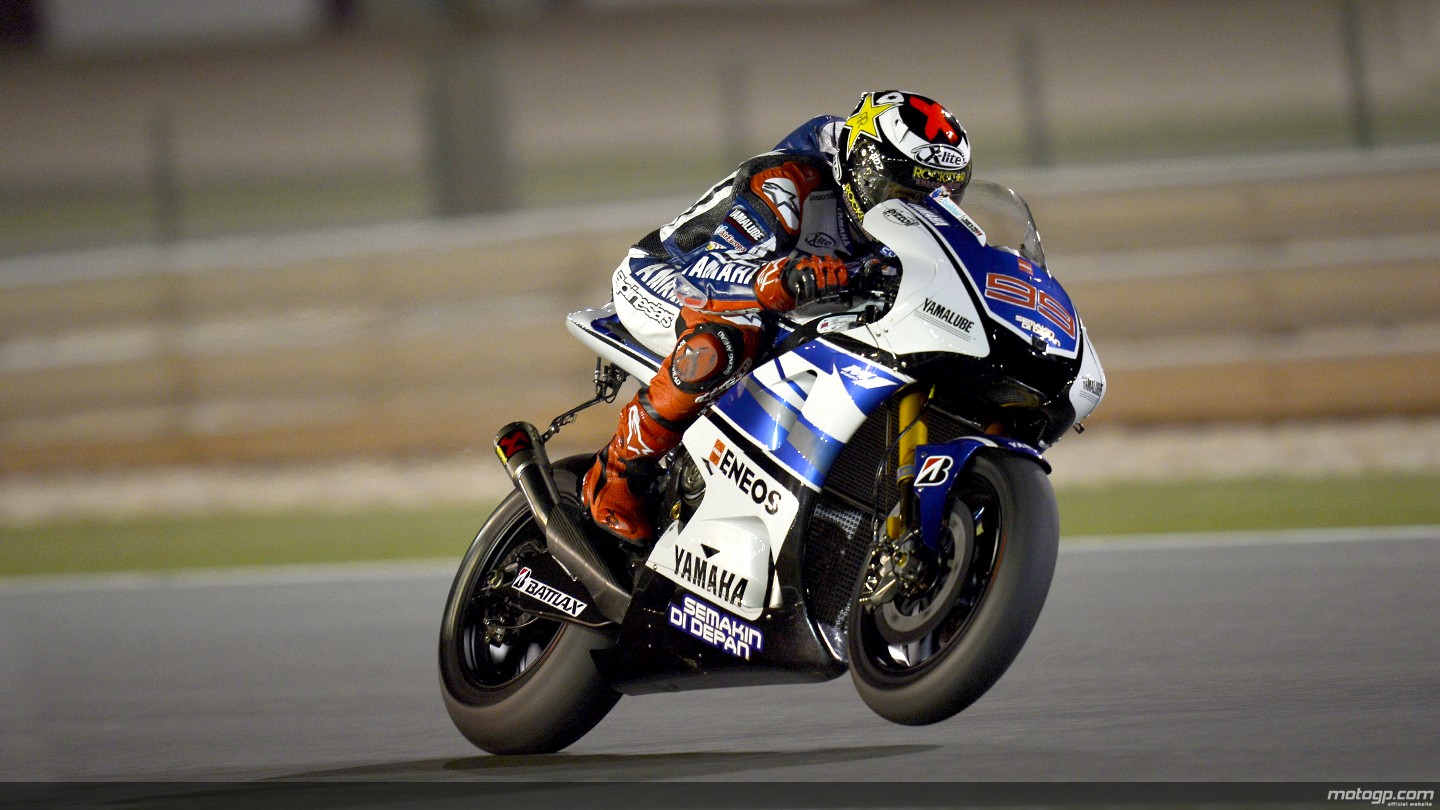 Jorge Lorenzo (Yamaha Factory Racing) took his first premier class victory at the Losail International Circuit to open the 2012 MotoGP™ season in the best possible manner, after battling reigning World Champion Casey Stoner and the Australian's Repsol Honda team-mate Dani Pedrosa for the duration of the 22-lap race. It was also a superb start to the new 1000cc era in MotoGP, as the CRT machines also made their debut in an action-packed race.

Starting from pole for the first time since the US Grand Prix last July, Lorenzo held the lead until the third lap before Stoner assumed first position with a pass on the start/finish straight. Lorenzo then followed Stoner for the majority of the race before passing his rival with three laps to go, and he eventually crossed the line 0.852s ahead of Pedrosa who placed second as Stoner ended the race third.

After a difficult weekend which had seen Pedrosa qualify in seventh the Spaniard shot from row three of the grid into third position on the opening lap, and on lap 20 passed his team-mate Stoner with a superb move on the brakes going into Turn 1 to take second. Stoner, who had won in Qatar for four of the past five seasons, took his 16th successive podium finish as he got his title defense underway.

With the leading trio involved in an eye-catching contest for the podium positions at the front, an excellent duel between Monster Yamaha Tech 3 team-mates Cal Crutchlow and Andrea Dovizioso played out in their wake. The Italian, in his first race on the M1, was in front with his British team-mate all over his exhaust until lap 17, when Crutchlow got past Dovizioso and held out for fourth to equal his best-ever MotoGP result.

Héctor BarberÃ¡ (Pramac Racing) had been in the hunt for sixth but ran off when he pushed too hard in the closing stages and the Spaniard finished ninth, and the final spot in the top 10 went to Valentino Rossi (Ducati Team) who had appeared to be struggling with his Desmosedici GP12 in the early stages of the race.

The MotoGP class returns to action in just under three weeks, for the Gran Premio bwin de EspaÃ±a at Jerez, which takes place from April 27-29.