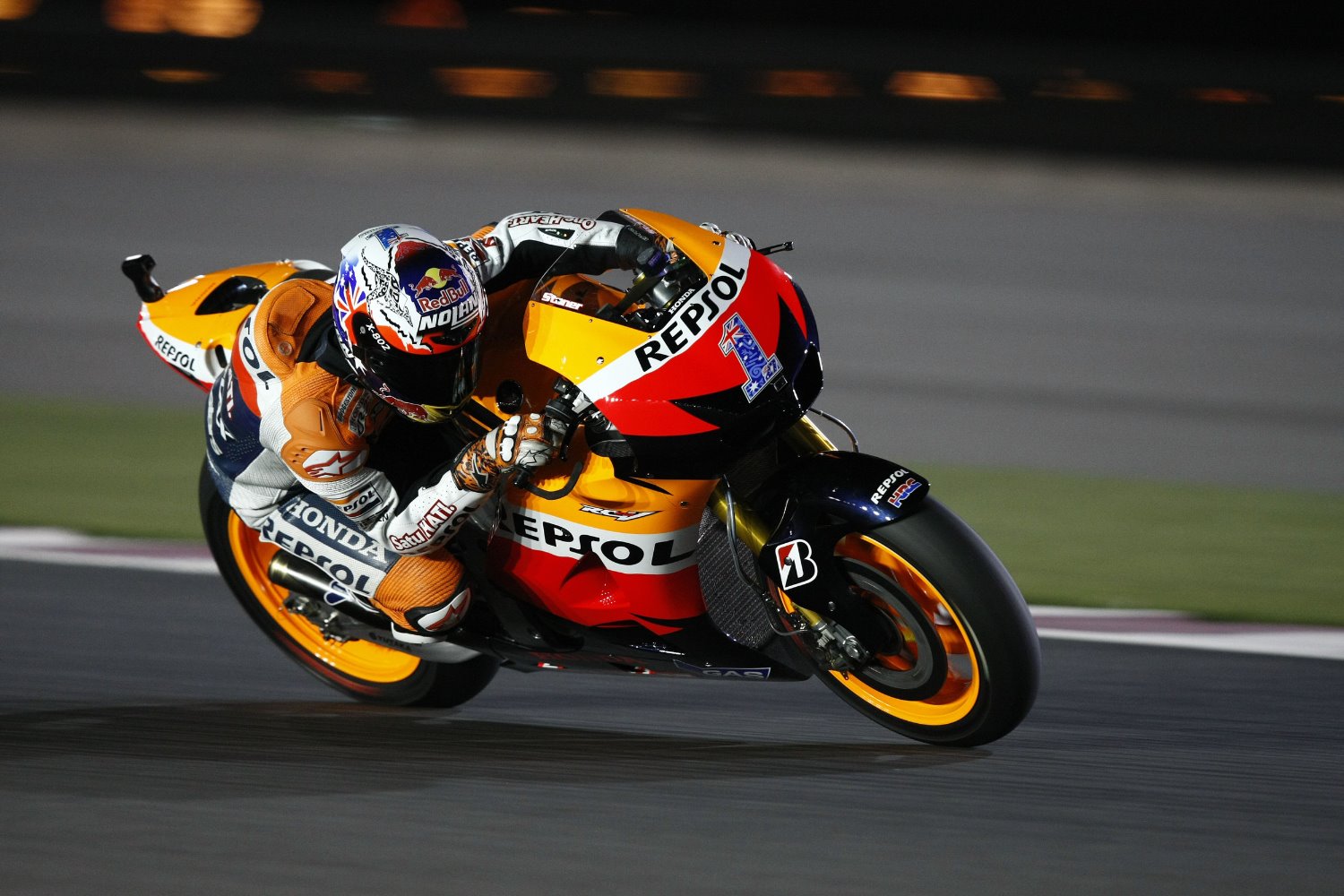 Casey Stoner (Repsol Honda) led the 20-minute MotoGP warm up session at the Losail International Circuit, as the premier class made its last on-track preparations prior to Sunday evening's Commercialbank Grand Prix of Qatar.

The Australian, who will start the race from the middle of the front row, put in a lap of 1'55.999 – over a second slower than his qualification time – to edge ahead of team-mate Dani Pedrosa and pole man Jorge Lorenzo (Yamaha Factory Racing) as the Honda pair sought a solution to the chatter problems they encountered in qualifying.

Ã�lvaro Bautista (San Carlo Honda Gresini) had a crash during the session which cost him a few minutes of valuable set-up time, but the Spaniard was unhurt and returned to the track on his second bike.

The 2012 season gets underway at 10pm local time when the race starts, as the new 1000cc prototypes and the CRT machines both make their race debuts.