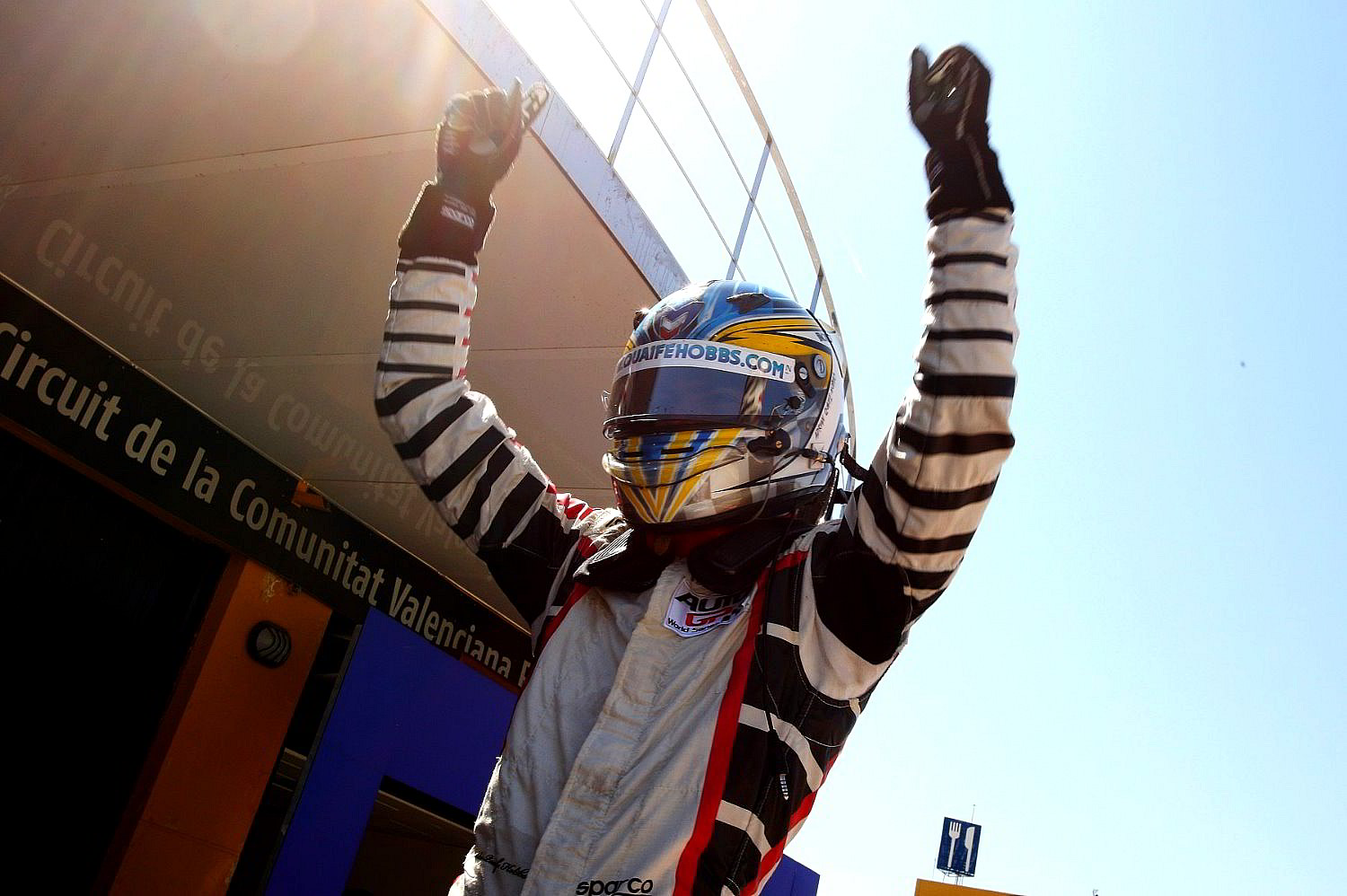 Adrian Quaife-Hobbs won the Sunday Race of the Valencia Auto GP weekend after storming through the pack from P7 on the grid.

The championship leader built his success on a great start that allowed him to jump to third place already before the first corner, and on the early pit-stop strategy chosen by SuperNova, that meant he could make the most of his stunning pace on a traffic-free track: with a 36" gap from the lead when he emerged from the pit-lane on lap 5, Quaife-Hobbs started gaining more than one second per lap, and when everybody had made his mandatory tire change he found himself in the lead by an amazing 7", clinching an impressive win.

The early part of the race was led by Sergio Campana after the Italian made a staggering start from second row, but opposite to SuperNova his team MLR71 opted for a late pit-stop tactic that left the Italian F3 Champion to face tire struggles for too long. Then Sergio also overshot his pit-box, and ended the race in ninth place. In a race where an early tire change seemed the key to a good result, Facu Regalia and home team Campos Racing bagged a great second place with a great recovery: the Argentinean had a bad start from first row and consequently dropped to P6, but Adrian Campos and his men got the strategy right, calling him in for the pit-stop on lap 6.

After the tire change Facu's pace was steadily in the high 1'25" or low 1"26, allowing him to jump ahead of his rivals when they pitted. Yesterdays' winner Sergey Sirotkin took the last step of the podium after an eventful race: in the first laps he was fighting with Quaife-Hobbs and when the Briton decided to pit, on lap 5, Sergey followed him into the pit-lane with actually no gap between the two. Anyway the Euronova staff had a problem with one of the guns and Sirotkin lost as much as 6", then exiting the pits in the middle of slower cars and losing other precious time. His chance for a win was lost, but Sergey managed anyway to recover up to third place, posting also the fastest lap of the race.

Sirotkin earned his podium finish with an inside pass on Daniel de Jong with 4 laps to go, meaning that the Dutchman of MP Motorsport took a good 4th place, especially considering that he was the only one that got a good result from a late pit-stop strategy.

Another notable performance came from Victor Guerin, who ended the race in fifth place after starting from P16 on the grid! The Brazilian passed six cars in an amazing first lap, and then kept his mind cool and started lapping nearly on the same pace of team-mate Quaife-Hobbs, earning a great results that helped SuperNova International in taking the lead of the team standings.

Max Snegirev was sixth after running second in the first part of the race, and ended the race with just a 0"5 advantage on Chris Van der Drift, who was 7th. P8 went to a disappointed Pal Varhaug, ahead of Campana and with Sten Pentus closing the top ten.