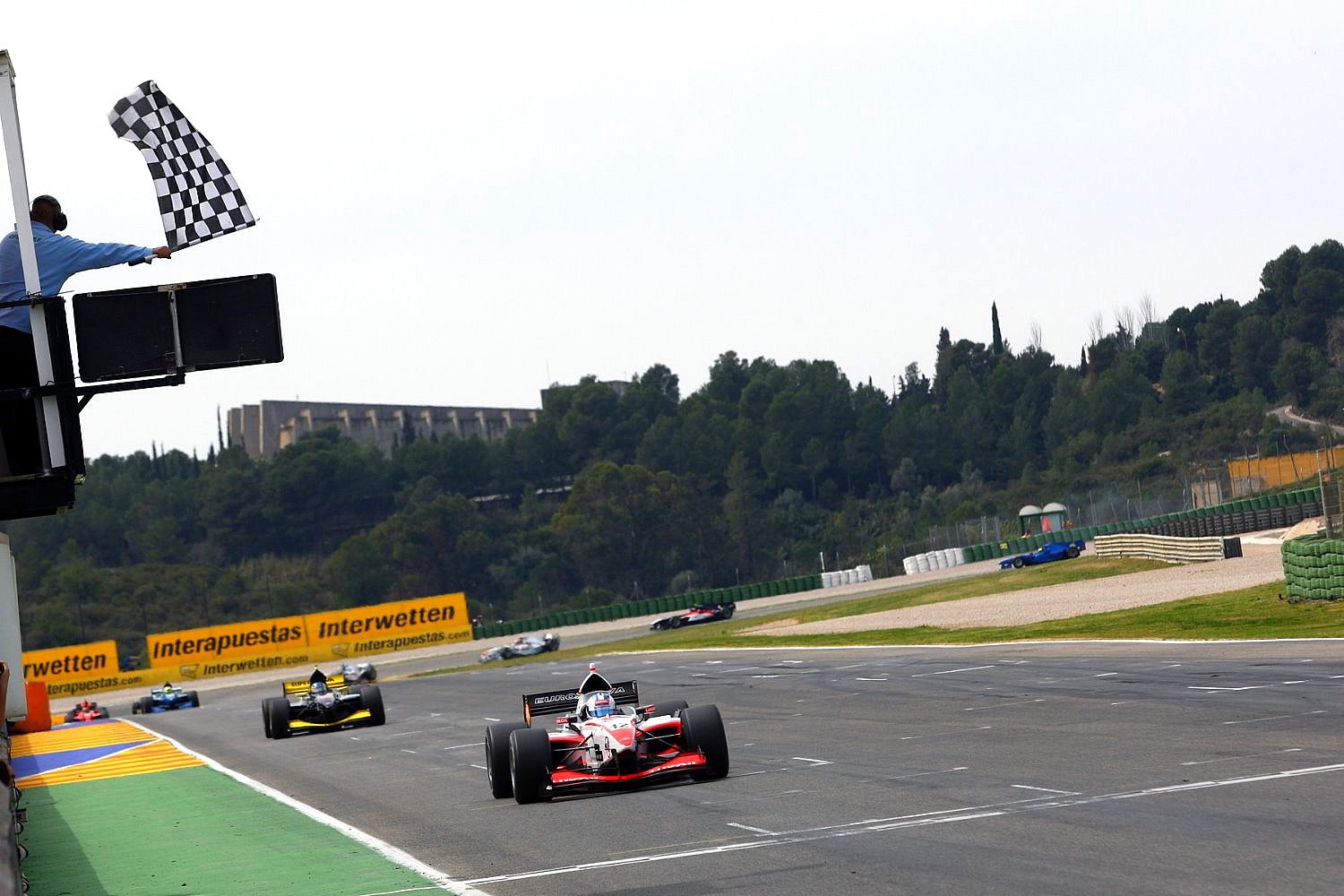 At just 16 Sergey Sirotkin became the youngest race winner of the Auto GP history taking a stunning success in today's Race 1 in Valencia. The only driver of the whole grid to start on a set of new medium tires (all the others were on used softs), Sirotkin made the most of the extra grip he had available to make a great start that allowed him to jump ahead of poleman Adrian Quaife-Hobbs.

The brit pushed as much as he could to stay close to his rival, but Sirotkin's pace in the first laps was impossible to match, and by lap 7 he had already built a gap of more than 4 seconds. Still focused on giving his opponent the hardest possible time, Quaife-Hobbs managed to close the gap from 4"5 to 1"5 with two very good in and out laps and a great pit-stop by SuperNova when both drivers stopped to change tires on lap 13.

Anyway, after that Sirotkin showed again that today he was simply quicker by stretching the gap again. To make things a bit harder, an oil leak from Victor Guerin's car brought the Safety-Car out with 4 laps to go, erasing Sergey's advantage again: the race was restarted with just one lap to go but again Sirotkin pulled away easily and clinched a well deserved win ahead of Quaife-Hobbs.

Quite disappointed after the race as he started from pole, Adrian anyway bags a result that is good for the Championship as he improved his points advantage on Pal Varhaug. The Norwegian driver of Virtuosi UK clinched a third place finish, earning his podium with a good start and then with bold outside pass on Facu Regalia on lap 13: making his pit-stop one lap earlier than the Argentinean driver of Campos Racing, Varhaug had hotter tires and made the most of the advantage, closing the gap in the last corner and then using both the slipstream and the Overboost button to get wheel to wheel with Regalia, then outbraking him and keeping his P3 until the checkered flag.

Regalia, that had consistently run in 3rd place until that moment, was then set for a good 4th place finish, but the engine failure on Guerin's car had a bad effect on his race too, as he slipped on the Brazilian’s engine oil and lost precious time, ending the race in P7. The same happened a few seconds later to his team-mate Max Snegirev, meaning that home team Campos Racing had a very unlucky race.

It was Daniel de Jong who inherited 4th place, clinching a great result after starting from P10 on the grid. After a great start he was already 7th at the end of lap 1, and then also got the upper hand in a fight with team mate Chris Van der Drift. Being the first to pit, on lap 5, Daniel made the most of the clear track to post a sequence of good laps that brought him this great result.

Italian F3 reigning champion Sergio Campana had also a good race, finishing fifth ahead of Van der Drift, Regalia, Snegirev and Antonio Spavone, again in the top ten after a consistent race. The last point available went to Sten Pentus: starting from P15 on the grid, the Estonian driver of Virtuosi UK opted for an early pit-stop strategy that allowed him to make up some ground with quick laps on a clear track, beating the competition to P10.