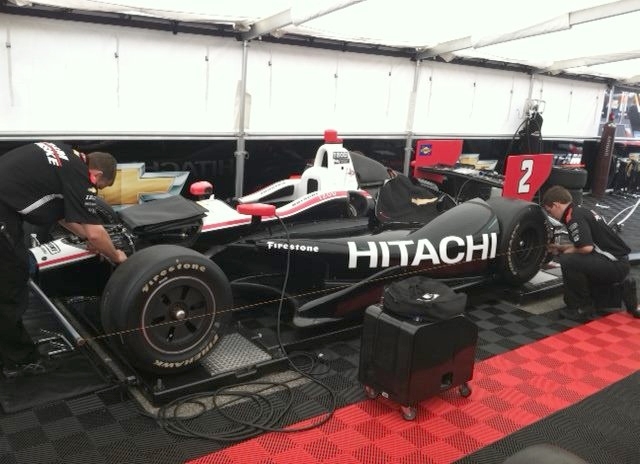 Hitachi Automotive will serve as a primary sponsor on the No. 2 Team Penske Dallara/Chevrolet IndyCar driven by Ryan Briscoe this season. The No. 2 machine will proudly carry the Hitachi name and be branded at eight IndyCar Series races this season, beginning this weekend in Birmingham, Ala., and subsequent races in Long Beach, Calif., Sao Paulo, Brazil, Detroit, Mich., Toronto, Canada, Edmonton, Canada, Qingdao, China and Sonoma, Calif. Hitachi will also serve as an associate sponsor on the No. 2 car during the balance of the IndyCar races this season.

“Hitachi is a well-known and industry-leading global company with expertise in the automotive industry and we are excited to welcome them to Team Penske," said Roger Penske. “Chevrolet and Ilmor Engineering have worked closely with Hitachi Automotive Systems on the development of the direct injection systems in the Chevrolet IndyCar engines and we look forward to growing our relationship with Hitachi as a sponsor of the No. 2 car."

Hitachi Automotive will also be a sponsor of Team Penske IZOD IndyCar Series drivers Helio Castroneves and Will Power in 2012.

The Hitachi brand actually competed with Team Penske last season, as the company’s name adorned the sidepods of both the Team Penske cars driven by Briscoe and Castroneves at the race in Motegi, Japan in 2011.

“It will be great to race with Hitachi on board as a sponsor of the No. 2 IndyCar in 2012," said Briscoe. “It’s an honor and privilege to represent the Hitachi brand and we will do our best to make sure they find their way to Victory Lane this season."