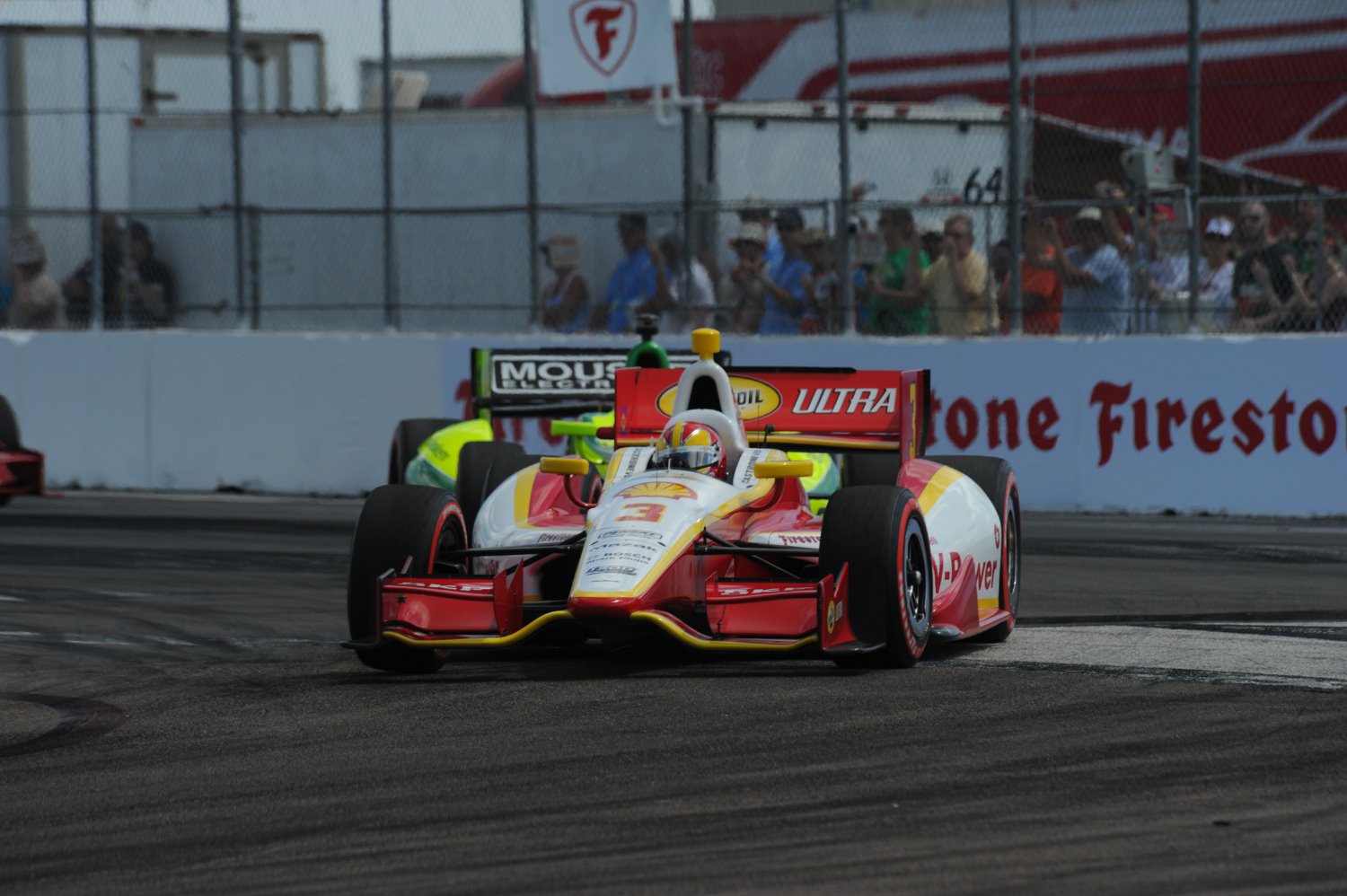 An uncharacteristic 2011, in which Helio Castroneves' streak with at least one victory ended at 11 seasons and the three-time Indianapolis 500 champion finished a career-low 11th in the IZOD IndyCar Series standings, is as much history as yesterday's headlines.

The Team Penske driver said during the Sebring Open Test in early March that there was something missing, though his confidence never wavered.

"We never stopped believing," said Castroneves, who received a championship points jump by winning the season-opening Honda Grand Prix of St. Petersburg on March 25. "It's important for us as a group to know that we can do it. Having the entire crew believing in me and never give up, it just proves this is a great group of guys. We need exactly everybody saying, 'We know what we can do.'

"I think now with a new car, new engine, it gives you a fresh start. This is just what we need to start a great season until the end. It's always important to start strong in the championship."

Castroneves, whose best title showing is second in 2008 and '02, tied Rodger Ward for 13th on the all-time Indy car victory list with 26. Johnny Rutherford and Scott Dixon, the runner-up for the third time on the 1.8-mile, 14-turn St. Petersburg street circuit, are the next targets with 27.

"It's a great boost for the next race, to go out there and repeat what we can do," said Castroneves, referring to the Honda Indy Grand Prix of Alabama this weekend at Barber Motorsports Park.

Castroneves won the inaugural event on the 2.38-mile, 17-turn road course in 2010, and teammate Will Power won from the pole last April. Power, the championship runner-up the past two seasons to Target Chip Ganassi Racing's Dario Franchitti, led the initial 11 laps from the pole position he earned with a series' track-qualifying record and finished seventh. Ryan Briscoe, driving the No. 2 IZOD Team Penske car, qualified on the front row and finished fifth.

"Certainly the work we did through the off-season is paying off," Castroneves continued. I have no doubt Ryan and Will are going to join me (in Victory Circle). I'm going to continue pushing, as well. That's why we're competitors."

For Dixon, whose best finish the previous four seasons on the temporary street circuit was 16th, the 42 points earned (he received two bonus points for leading a field-high 37 laps) also is welcome.

"I think it's important, especially for us, we've definitely struggled the last few years probably with the first four races," the two-time series champion said. "This race pays the same amount of points as the last one (at Auto Club Speedway on Sept. 15). Consistency, if you look backward with Dario over the last couple of years, that's what's won the championship."