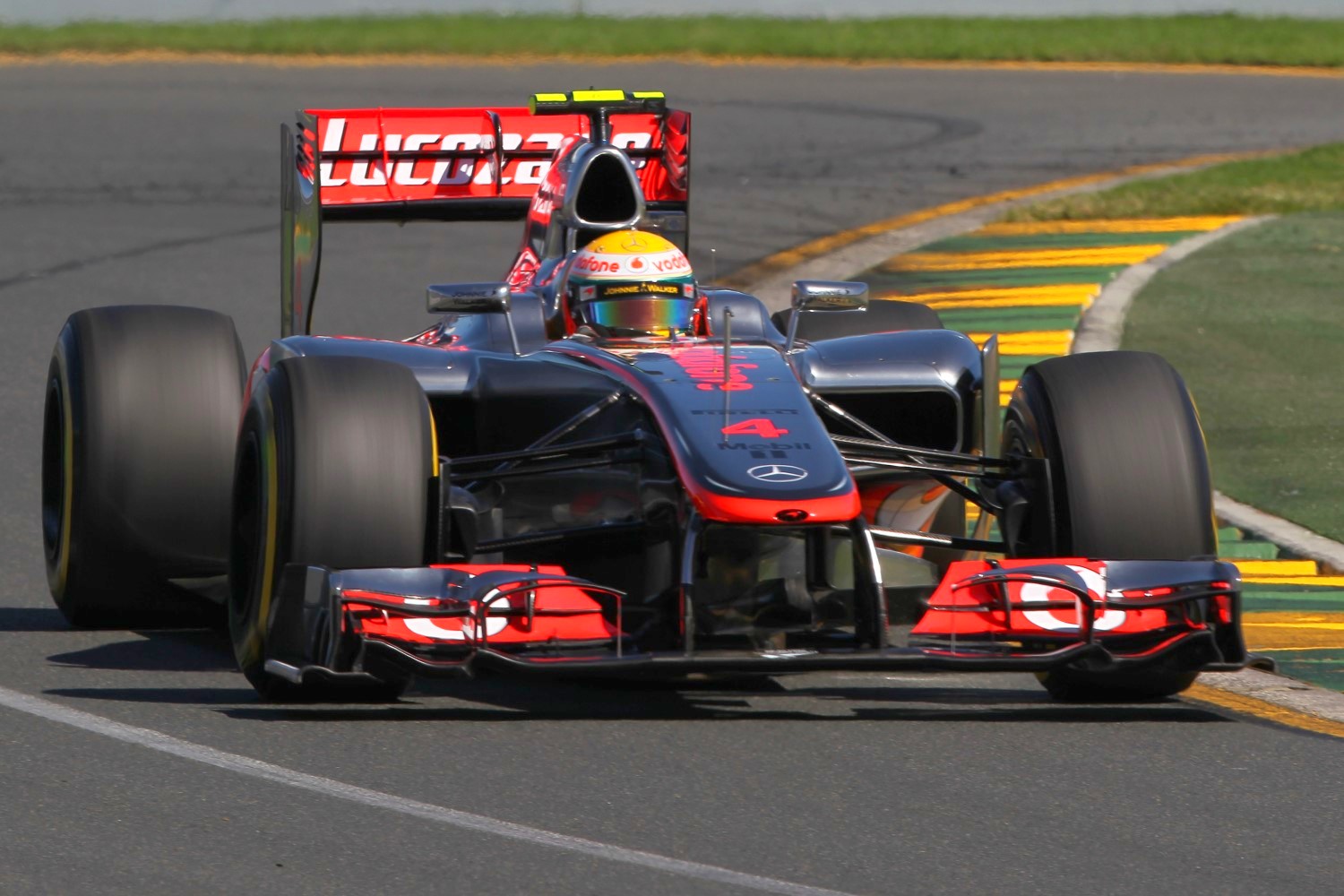 Lewis Hamilton remained on top of the timesheet after the second session of free practice for the Malaysian GP, round 2 of the 2012 F1 World Championship.

McLaren looks strong and consistent on both the prime and option Pirelli tires, as quick on the prime tire for the first half of the session as anyone else was going on the option.

In the final analysis, Michael Schumacher again showed the Mercedes has pace in qualifying trim to go second overall, just two thousandths of a second clear of Jenson Button's McLaren. Nico Rosberg was 4th in the second Mercedes.

Red Bull appears to be in a spot of trouble in qualifying trim at least. Mark Webber's seventh fastest time (1:39.133) was almost a full second down on Hamilton's pace and world champion Sebastian Vettel said his car was "all over the place" on the softer tire midway through the session. As in Australia though, on longer runs the RB8 looked competitive.

French rookie Jean-Eric Vergne (1:39.297) made it two Toro Rossos in the top eight, a couple of hundredths clear of Romain Grosjean (1:39.311), ninth in the faster of the Lotus cars. Team mate Kimi Raikkonen (1:39.696) was again a few tenths shy of his young team mate and finished the session in 15th place, still half a second clear of the struggling Felipe Massa (1:40.271) with the second Ferrari.