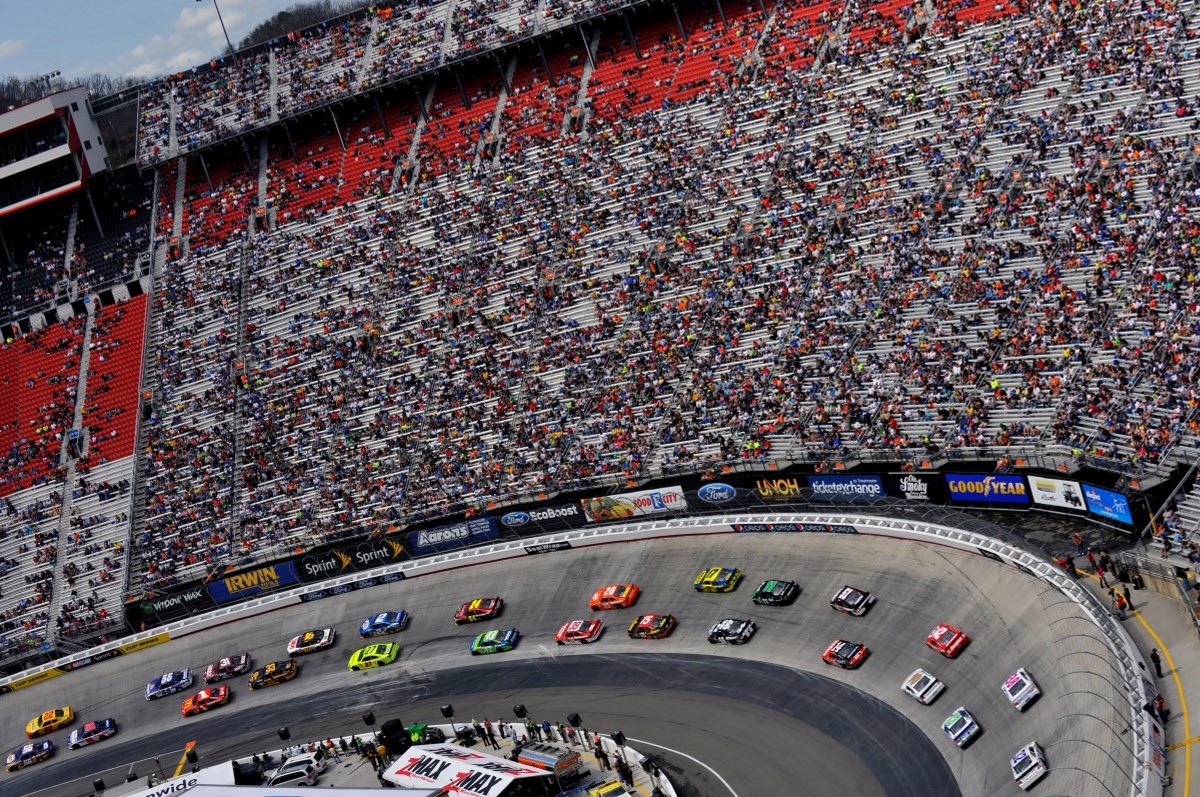 Bristol Motor Speedway owner Bruton Smith is considering about $1 million worth of changes to return his Tennessee track to the way it was before a 2007 reconfiguration.

"We are going to take a very hard look at it this week," Smith told The Associated Press on Monday. "We have everything in our computers that shows us what the track used to be and what it is now, and we started working on that last night. I'll have an answer for you next week on if we'll alter the track."

But Smith insisted it was the rain, not fan apathy over the current style of racing at Bristol, that contributed to Sunday's poor crowd.

"We certainly thought it was going to be better, but the rain got us," Smith said.

The rain began late Saturday night and continued until about two hours before Sunday's scheduled start, which Smith said "killed the walk-up crowd. And that alone accounts for 3,500 to 4,000 tickets."

Bristol once was one of the toughest tickets in all of professional sports, but attendance has waned the past several years and its spring race has particularly suffered.

The speedway says it seats 160,000, and although the grandstands appeared half empty Sunday, NASCAR's listed attendance was 102,000. Smith said 8,120 sold tickets went unused.

"Those were tickets that didn't show, people who elected not to venture out, and that's because of the weather," Smith said.

"I want to be sure that the fans like what they see," he said. "If the fans like three abreast through the turns, we do nothing. If they don't, then we'll alter the track. The fans vote is the most important thing."

If changes are made, they'll be done in time for NASCAR's Aug. 25 return to Bristol.

03/19/12 With a less-than-stellar crowd Sunday at Bristol Motor Speedway, the debate over the “old" Bristol versus the “new" Bristol arose again after the Food City 500.

NASCAR’s estimated attendance of 102,000 seemed generous as the 158,000-seat facility seemed to be only about half full. The half-mile track, which used to be known for its bumper-to-bumper action and bump-and-run style of racing, was reconfigured in 2007 with the addition of progressive banking along with new concrete.

“I think the racing has suffered since the change," said Dale Earnhardt Jr. “Go and watch the first race we had here with this surface. That was a great race. Carl Edwards and Kasey Kahne battled for the win all night.

“I remember being up in the middle of that and we were running three-wide for the lead. It’s possible to have an awesome race here."

So what happened? Earnhardt Jr. says the new Goodyear tire is hurting competition because it is too durable and does not wear out enough.

“I think Goodyear could come in here and pull some trickery with the tires and improve the racing," he said. “This tire is a great tire. But Goodyear really holds the key, I think, to improving this surface and this configuration. Aside from digging it up and trying again, they’re going to have to move the tire around a little bit to see if that will affect the racing."

Martin Truex Jr. said when the track is layered with rubber, it doesn’t have enough grip with the new tires, which were constructed for the new racing surface.

“It seems like it used to be when the tracks would rubber up, they would gain a little bit of grip, and you could really kind of get to driving the car harder as the race went on," he said. “It seems like the tires we have now go the opposite way. The tracks have a lot of grip when they're clean. As the rubber gets down, they get slick.

“I think the racing here is pretty good. It's just hard when guys are on the outside. You get loose underneath them, it's hard to make the pass."

The winner of the race, Brad Keselowski, didn’t see it that way. He battled side-by-side with Matt Kenseth for the win.

“I don't see all the hate for new Bristol versus old Bristol," Keselowski said. “To me I'm biased, I know, but to me this was one of the best Bristol races I've ever seen.

“We ran side by side for the lead for 20 laps. There was some good beating and banging, some wrecking, a lot of side-by-side action, two- and three-wides. I don't know what's better than that. Short of a 30-car wreck every damn week, I don't know what to ask for."