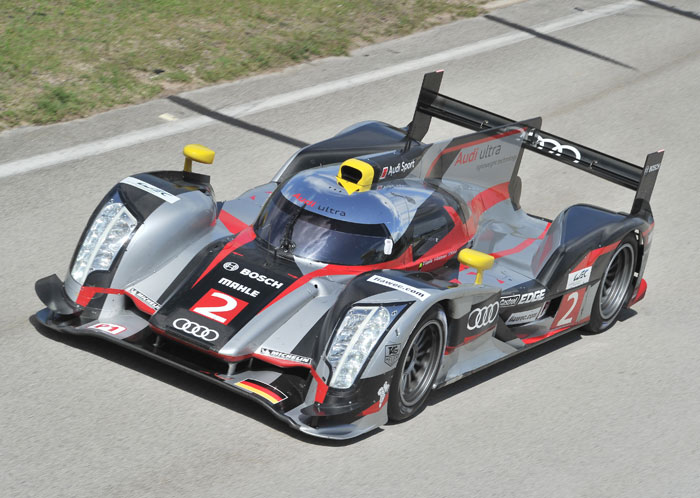 Tom Kristensen led an Audi one-two-three by just over 1 second at the two-hour mark of the Sebring 12 Hours, the opening round of the new FIA World Endurance Championship.

Allan McNish, who is sharing the #2 Audi R18 TDI with Kristensen and Rinaldo Capello, led the early going before pitting during the first safety-car period. The other two Audis waited and pitted on schedule under green-flag conditions late during the first hour, which gave the #2 a clear advantage at the top of the leaderboard, but that was later erased when it had to pit under green.

Polesitter Andre Lotterer filled second position in the #1 R18 with Romain Dumas 30-seconds behind in third.

Ferrari led the GTE class with the two Chevrolet Corvettes in third and fourth positions.