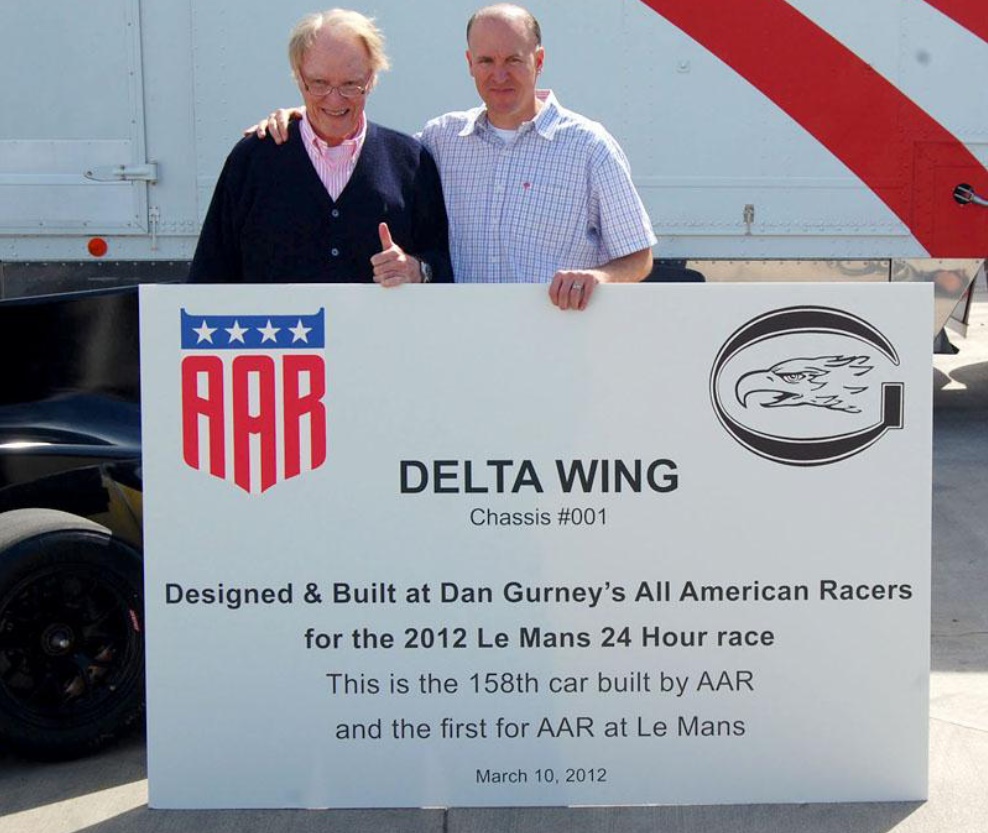 Last Saturday, March 10th, All American Racers waved goodbye to another 'baby' born from within the spaces of its always innovative Santa Ana, CA facility. The revolutionary Delta Wing was a clean sheet of paper sports car design 7 months ago and it took the persuasive power of its designer Ben Bowlby and the faith and pioneering spirit of Dan Gurney to transform an engineering dream into a reality.

An absolutely massive effort and the collaboration of many talented and extremely dedicated individuals were necessary to see it through to completion. With an ambitious weight target of just over 1000 pounds, there were very few parts that could be taken off the shelf, and this meant that an enormous number of parts would need to be engineered, designed, built, and tested in-house at the company. This made for a build process that would be quite a bit more exhaustive than what a typical modern race car would require.

AAR has been a swarm of activity in the last several months with designers Ben Bowlby, Simon Marshall, and Zack Eakin becoming part of the fabric of the AAR culture and logging countless hours through days, nights, and weekends. They joined AAR regulars John Ward, Gary Martin, Hiro Fujimori, Brett George, Bill Watson, Son Nguyen, Phil Remington, AAR CEO Justin Gurney, along with countless others in a collaborative effort and a spirit of adventure that was reminiscent of the Eagle Indy car boom building days of the 1960s and 70s.

It was a proud moment for the team to see this new racing creature, containing some important Eagle DNA, take its first steps in a nearly flawless first appearance up at Buttonwillow Raceway in California. Two-time Grand Am Champion Alex Gurney had the honor of being the first driver to drive the Delta Wing and prove that it does in fact TURN! The on track performance proved what designer Ben Bowlby had envisioned, that the Delta Wing can perform and can do it in a stunningly efficient way.

Link to the Road and Track website article: http://www.roadandtrack.com/racing/motorsports/deltawing-takes-flight

The team that built the first Delta Wing prototype assembled in AAR's courtyard to raise a champagne toast to all who contributed to this first chapter in the Delta Wing Saga. They felt a little like parents who are sending a kid off to college: proud of the accomplishment and a bit sad to say goodbye. Ben Bowlby who missed the celebration due to the official launch in London left Dan and AAR with these words "We made history together…..