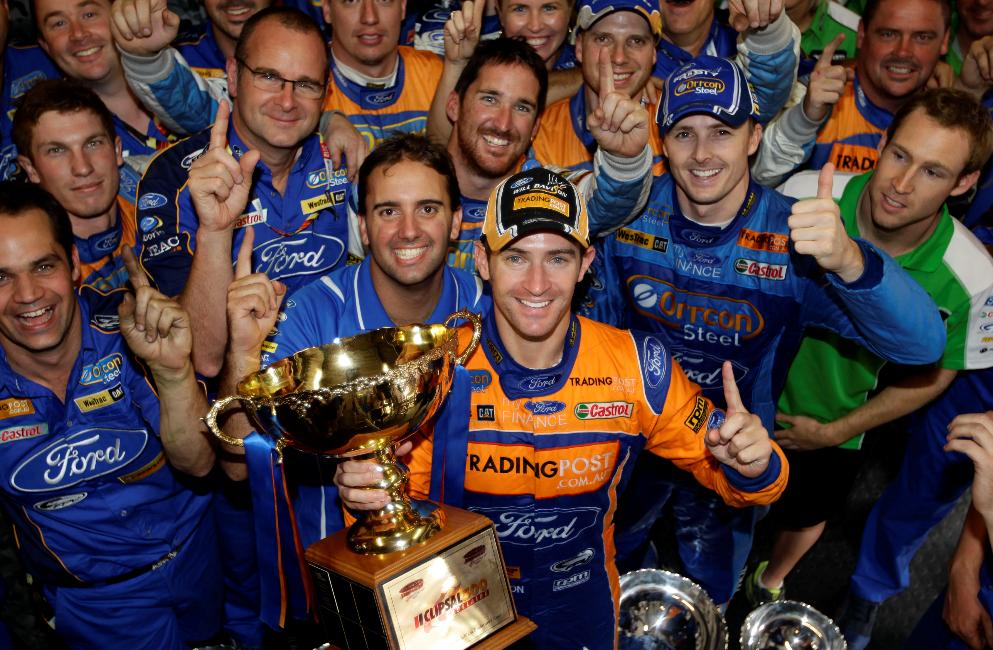 Will Davison and Mark Winterbottom gave Ford Performance Racing a one-two finish in race two of the V8 Supercars season-opener in Adelaide.

The team had been on course for the same result on Saturday until its gamble on going the distance on two pitstops failed and three-stopper Jamie Whincup was able to steal victory.

But FPR turned the tables today with a comfortable victory over Garth Tander (Holden Racing Team), while Triple Eight Holden duo Whincup and Craig Lowndes could only manage fourth and fifth. The result was FPR's first one-two since 2008.

Tander had got the jump on polesitter Whincup off the line, leading until the champion slipped back past on lap eight.

Whincup could not pull away, and just before half-distance began reporting that his car was misfiring. Tander, Davison and Winterbottom duly moved past in quick succession to demote him to fourth.

They then pulled away over the remaining 31 laps, with Davison escaping from Winterbottom to win by 4.8 seconds. Tander retained a lonely third.

The race ran its whole distance without a safety car, causing fuel mileage worries for many in the closing stages, though the only frontrunner to lose out as a result was Rick Kelly, who dropped from seventh to 11th when he had to pit his Kelly Holden for a last-gasp top-up. Another top 10 qualifier who dropped back was Garry Rogers Holden driver Michael Caruso, thanks to a first-lap spin.

Greg Murphy (Kelly) and Jonathon Webb (Tekno Holden) both failed to start after their massive collision in qualifying, and James Courtney (HRT) suffered a repeat of the tailshaft failure that left him last on the grid.