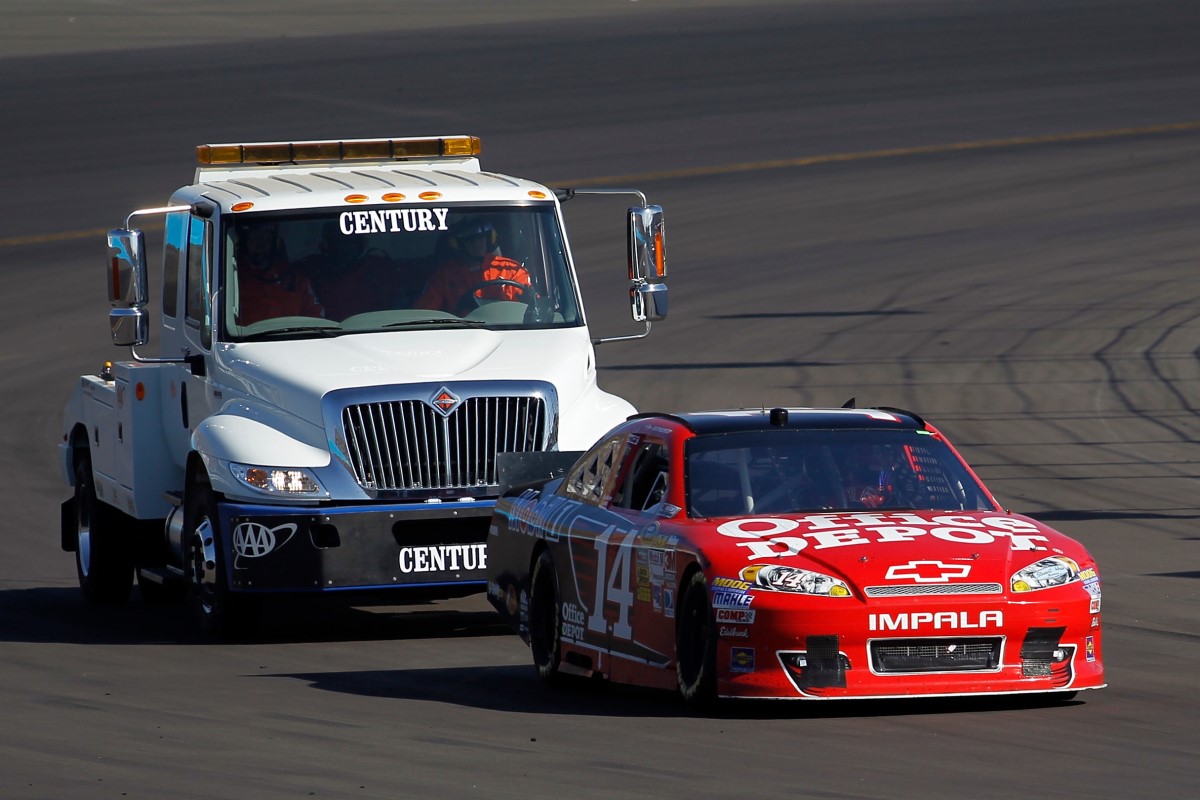 Tony Stewart had a circuit breaker in his fuel injection system pop in the Subway Fresh Fit 500 on Sunday at Phoenix International Raceway.

A circuit breaker that is part of the new electronic fuel injection system had flipped at some point during the race, so when Stewart shut off the motor to coast under caution – just as he did last week at Daytona – the car wouldn’t restart.

He lost a lap as he needed a push to pit road and then lost another lap before the team diagnosed the problem.

“It’s not really my department," said Stewart, who finished two laps down in 22nd. “I just turned the [ignition] switch back on and it never re-fired.

“I don’t know why that was, but it definitely cost us a good day."

Other drivers have had similar problems in the last couple of weeks as teams learn the quirks of the new electronic fuel-injection systems used in Sprint Cup this season.

Kurt Busch, who, like Stewart has a Hendrick Motorsports engine, had an issue in practice Friday.

“You’ve got circuits in there and it’s all for sensors and things like that and if it pops that breaker, you’re done, it won’t fire back up," Stewart crew chief Steve Addington said. “[The engine guys] are scratching their heads.

“They weren’t looking for that to happen. It’s just unfortunate it happened to us."

Addington said the team was not sure when the circuit breaker cut off because the problem occurred the first time Stewart shut off the engine, a common practice by those trying to save fuel in order to stretch fuel mileage.

“We’ll look through the data and see when it happened," Addington said. “That was the first time he shut the engine off to save fuel and it wouldn’t fire back up. So we were dead in the water."

The breaker isn’t needed when the engine is running.

“You don’t have any way of knowing that it has kicked off during racing conditions," Addington said. “It’s not what we wanted. We felt like we had a decent race car and would have gotten a top-five out of it, but that’s the way it goes." Scenedaily.com