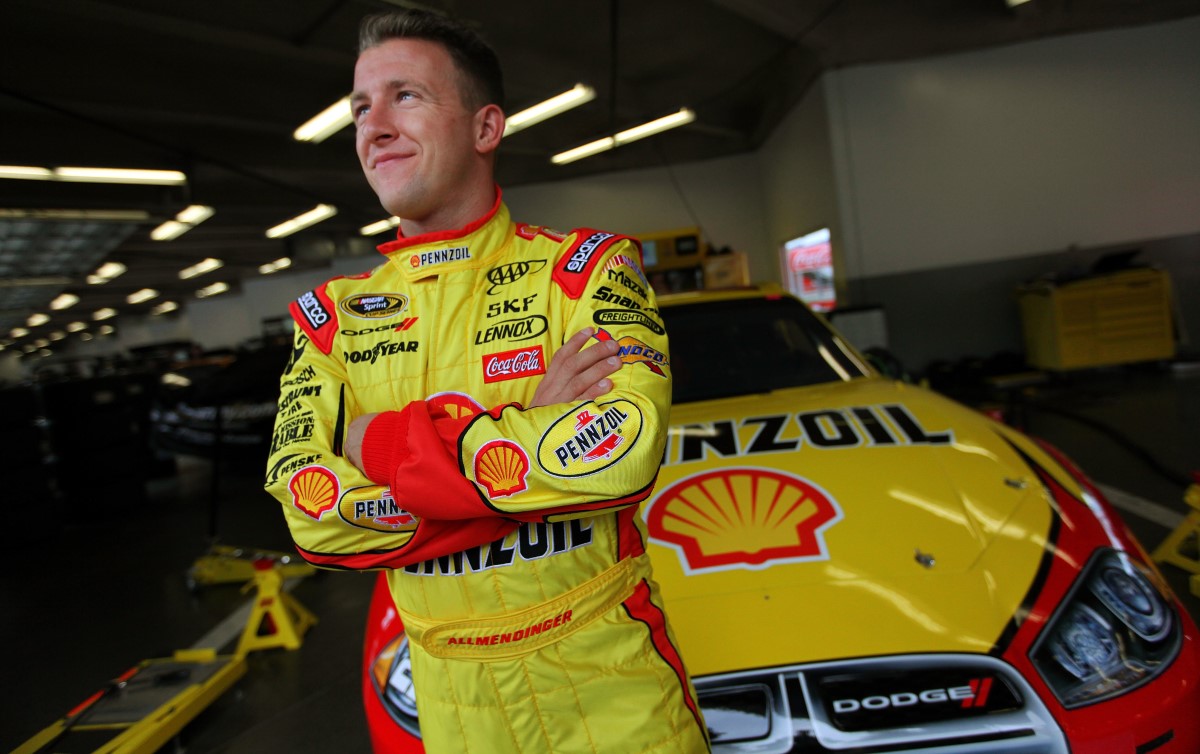 Allmendinger was owner Roger Penske's surprise choice — he's never won a NASCAR Sprint Cup race — to replace Kurt Busch in the No. 22 Shell-Pennzoil Dodge when Busch was released in December. But Allmendinger, 30, has shown potential in five seasons, including a 2010 pole at Phoenix International Raceway. He had 10 top-10 finishes and was 15th in points last season in a Richard Petty-owned Ford.

Allmendinger, a two-time International Karting Federation champion, earned two other open-wheel development series titles before finishing third in Champ Car points in 2006, with five wins. That led to a NASCAR opportunity. He co-drove to victory in the Rolex 24 at Daytona sports car race in January.

Allmendinger qualified 15th for Sunday's Subway Fresh Fit 500. He sat down with The Republic on Friday at PIR. His answers have been edited for length and clarity.

Question: Did you try to contact Penske when you heard Kurt Busch was let go?

Answer: To be with Penske when I was in open-wheel racing was always a dream of mine, but at that point I couldn't think about anything, because I was under contract (to Petty). It's no secret they (Petty) were struggling, cash-flow wise, so I just kind of sat there. A few phone calls were made. Next you know I was talking to Mr. Penske. It all happened in a five, six day span. Richard was nice to help me out with that (contract release) and he talked to Mr. Penske himself. This opportunity was amazing. It's always nice when someone like Roger wants you. That's a confidence builder.

Q: Did you talk to Kurt?

A: No. Kurt and I don't have a relationship, good or bad.

Q: Is this make-or-break for your career?

A: Yeah. I think you've got to look at it like that. It puts a lot of pressure on, but I've always put a lot of pressure on myself to perform. If I can do the right things on-and-off the racetrack, you can be a part of this company for a long time. Off the track, I'm not concerned, I think I always try to do the right things and treat people the way I want to be treated. I'd love to say, 10 years down the road, I'm still with this organization. You never hear one bad word about Roger and that's tough to do in a sport where everybody (complains) about everything.

Q: What did you learn from Petty?

A: I learned a lot just watching the way he treats people.

Q: What have you learned from Penske?

A: I'm still in awe when I listen to him talk. The way he gets into a crowd of people and takes over, to me, is unbelievable. It's fun to sit in his bus and hang out.

Q: Are you surprised it's been so difficult for IndyCar drivers to be successful in NASCAR?

A: It's a different world here. Most of us grew up karting and you keep stepping up into a car that's faster and has more downforce. Then you get into this thing and its like, "What the hell?" It's surprising to the outside world, but when you get inside, it's not surprising. It's hard.

A: I've told Roger, if he comes to me and asks, I'm not going to be dumb and say no. He's the one who's brought it up a couple of times, but that's something down the line. AZCentral.com