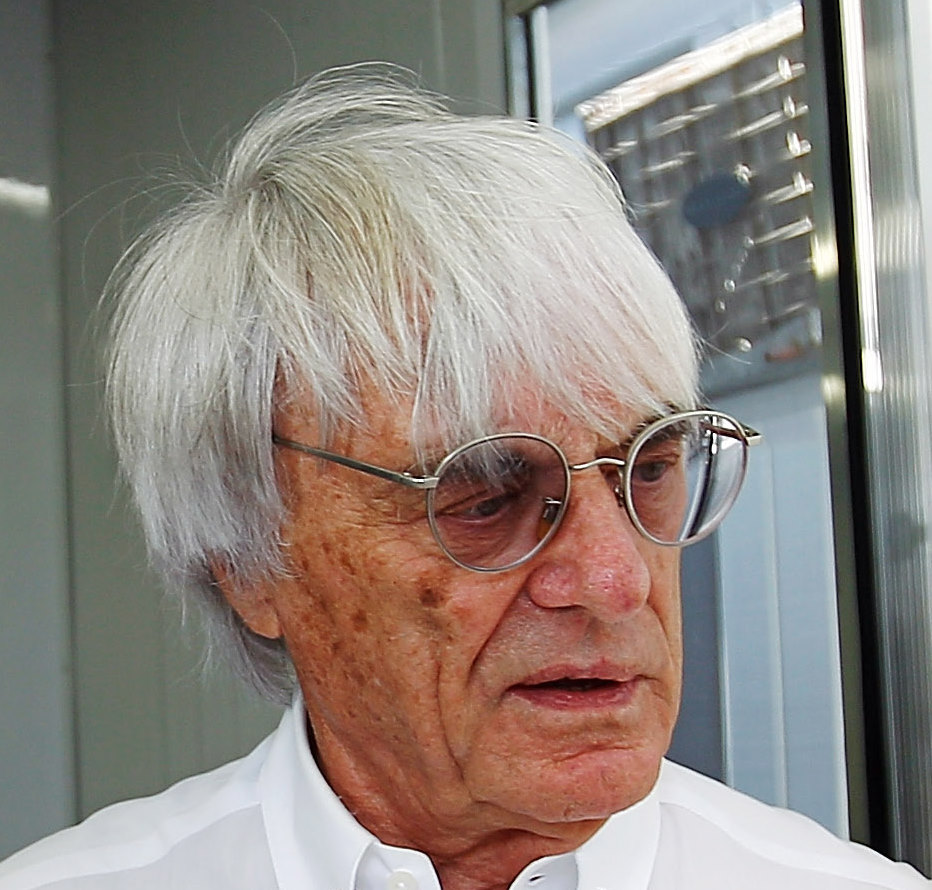 We reported recently that, after the 27-year-old lost his Renault (now Lotus) race seat, the sport's 'supremo' Ecclestone became involved in order to keep Petrov on the grid.

The 81-year-old Briton has arranged to take his sport to Russia in the near future, while Petrov is supported personally by prime minister Vladimir Putin.

"As soon as it became clear that we could not stay with Lotus Renault, I spoke with Bernie," Petrov's manager Oksana Kosachenko revealed to the Ria Novosti news agency.

"He expressed his support and tried to talk with the teams.

"The teams are, however, completely independent from Bernie Ecclestone, so he can't influence their decisions in any way, unfortunately," she added.

Sutil wanted Lotus seat in Lux case settlement
(GMM) Adrian Sutil offered to drive for Lotus this year with a discounted retainer, it emerged on Monday.

T-Online reports that the German driver and his management proposed "various solutions" for an out-of-court settlement, including payments to Lux's African charity.

Another proposal was a race seat at Lotus featuring a "reduced salary", according to the report.

Lux recently dismissed as "a joke" earlier speculation Sutil – charged with causing a nine centimeter cut on Lux's neck with a broken champagne glass – might drive for Lotus in 2012.

The hearing concludes on Tuesday but SID news agency reports the possibility of an eleventh-hour settlement.

The report said Sutil and Lux's lawyers had private talks at the conclusion of Monday's proceedings.

A last-minute settlement would have to be approved by the prosecutor, Nicole Selzam, according to Auto Motor und Sport.

The report revealed previously unheard details of the incident, including Sutil telling Lux in the Shanghai nightclub: "Don't you know I'm a formula one driver?"

Lux said he replied: "Don't you know I'm a formula one team owner?"

Video surveillance footage of the incident showed Sutil seated on a couch next to Lewis Hamilton, who declined to appear as a witness, before Lux approached.

Sutil responded with a gesture – a "nudge" according to the driver – towards Lux's neck. A doctor testified that the injuries necessitated a movement with "medium power".

2008 world champion Hamilton said in a written statement to the court that he could not remember the details of the scuffle.

Former Virgin driver and new Lotus reserve driver Jerome d'Ambrosio, however, did appear, testifying that he heard a glass break.

According to Sutil, it also emerged that Lux demanded a "double digit million sum" in compensation and a voluntary multiple-race grand prix ban in the midst of last season.

Sutil's lawyer put it to Lux that it would have been an opportunity for one of his team's Genii-managed drivers to drive for Force India.

"I never thought about that for a second," Lux hit back.

Bianchi says Ferrari 'worked hard' for career
(GMM) Jules Bianchi has thanked Ferrari for helping him make the next step in his formula one career.

On the face of it, the Frenchman's switch from Ferrari to the same reserve role at Force India is a backwards move.

But the new deal involves driving on the Fridays of grand prix weekends, while in the same role last year Nico Hulkenberg successfully found his way onto the race grid for 2012.

Some reports have suggested Ferrari wanted to clear the reserve role so that it is free for Robert Kubica to step in this year with a view to replacing Felipe Massa in 2012.

While Kubica's Ferrari link could be true, the famous Italian team is undoubtedly still pushing on 22-year-old Bianchi's career.

Indeed, he has been training in the Canary islands in the past days with Ferrari's Massa and Fernando Alonso.

And "Jules will still be part of the Ferrari driver academy" in 2012, the team confirmed.

Even Bianchi reinforced the fact the Ferrari connection is still very much alive.

"I'm very happy. I want to say thank you to Ferrari who have been working hard for me," he told the French-language RMC Sport.

"It was very important to find a team and the aim now is to find the way to keep going," added Bianchi.

Having lost his race seat after a record-setting 19 consecutive seasons, the 39-year-old Brazilian is this week testing the 2012 IndyCar in Florida, with his close friend and KV team driver Tony Kanaan also in action.

Barrichello has previously ruled out racing on dangerous American ovals, citing a promise to his wife Silvana, but now he is not ruling out the switch.

"By the time he gets out of the car he'll have a pretty good idea what he wants to do," countryman Kanaan said.

"Right now, we don't have anyone signed for the other two cars. You can tell by his face he's having a lot of fun."

IndyCar chief executive Randy Bernard is hopeful Barrichello will make the decision to race in 2012.

"He's a champion, a driver who would be a tremendous addition to a series," he is quoted by the Associated Press. "IndyCar would love to have him."

Bernard is quoted by racintoday.com: "If there is a transition, I want him to know that we're here to help him."

McLaren plays down link with Pollock's Pure
(GMM) McLaren has played down reports its cars could be powered by engines produced by Craig Pollock's new venture Pure in 2014.

Former BAR founder Pollock is targeting at least two customers for his new turbo V6 engine, and Italy's La Gazzetta dello Sport said there has been contact between Pure and McLaren.

With Mercedes now running its own works team and no longer even a minor McLaren shareholder, the Woking based team faces the prospect of paying for its power beyond this season.

Gazzetta said the change in engine rules would be the ideal time for McLaren to switch.

"McLaren has had absolutely no contact with Pure for many months," a McLaren spokesman told Reuters.

"Moreover, the contact we did have with Pure, many months ago, was of an entirely informal nature, and was merely a courtesy gesture."

In late November, reports linked McLaren with rumors Honda is looking to return to F1 in 2014 as an engine supplier.

"We are very happy with and enjoying our partnership with Mercedes-Benz," team managing director Jonathan Neale insisted at the time.

Casio renews and expands with Red Bull Racing
Red Bull Racing has agreed an enhanced two-year extension to its existing deal with Japanese watch manufacturer Casio – meaning it will become the Team’s Official Timing Partner for the 2012 season and beyond.

In addition to increased positioning, the new agreement will bring greater visibility for Casio, with its logo appearing on the nose of the RB8, as well as on the 2012 team kit and in all partner listing areas.

Christian Horner commented: “It’s encouraging that we’re able to keep building and extending our relationships with long-term Partners, such as Casio. Formula One is focused on speed and accuracy, which is captured and reflected in the Casio EDIFICE watches worn by the drivers and the team. We very much look forward to working with them throughout the new season and beyond."

Hiroshi Nakamura, Senior Managing Director and Senior General Manager of the Global Marketing Headquarters, Casio Computer Co. Ltd., said: “Over the last three years of our partnership with Red Bull Racing, our relationship has grown stronger and closer. The team is hugely popular around the world after winning the Drivers’ and Constructors’ Championships for two consecutive years. As a result, our partnership with Red Bull Racing has been extremely effective in the global promotion of EDIFICE watches."