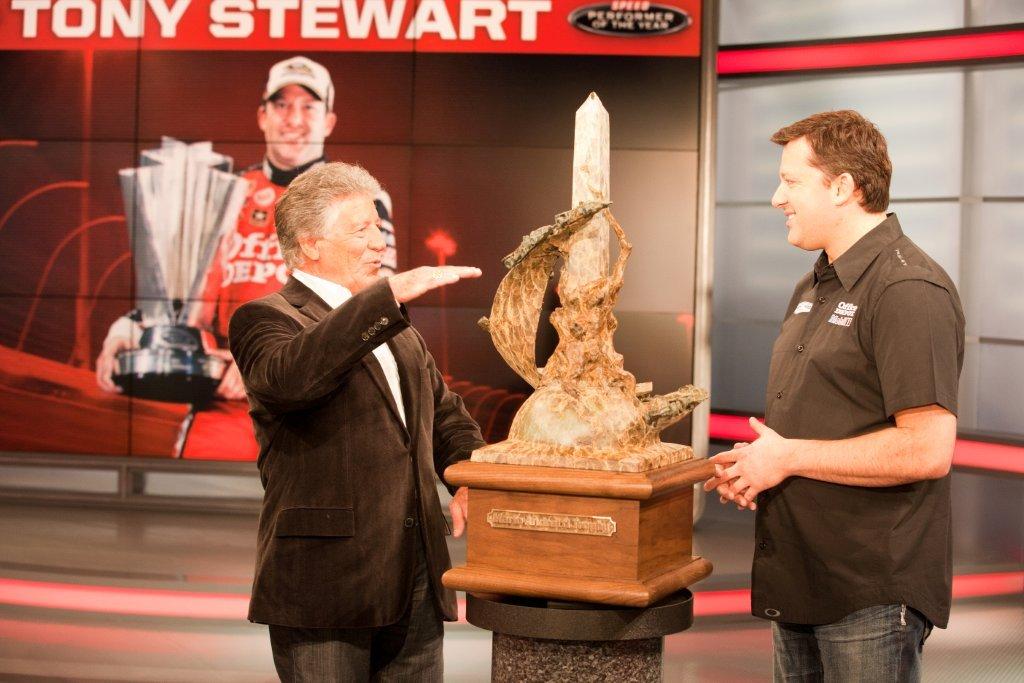 Racing legend Mario Andretti presented his namesake trophy to NASCAR Sprint Cup Series champion Tony Stewart on SPEED Center earlier this evening, acknowledging the three-time champion’s Chase run as the difference maker among a very impressive field of finalists for the annual SPEED Performer of the Year presented by ACE.

“This is an awesome moment in my career," Stewart said on the program. “I grew up in Indiana watching this guy a lot. Winning any award is an honor, but winning one with Mario’s name on it is very special."

“I get to see the best of the best and, Tony, you are in that company," said Andretti, who actually noticed Stewart’s calm demeanor during the Chase and texted the driver, “I smell championship."

The award, now in its sixth season, is presented annually by SPEED to the racer who puts a premium on winning races, shines on motor sports’ biggest stages and does it all with a measure of sportsmanship and class.

The trophy, a true work of art created by bronze sculptor Elie Hazak, stands 38 inches tall and weighs 95 pounds. It features eight cars, including six of the most important in Mario’s rise to superstardom, as well as an array of artistic symbolism that captures the essence of the trophy’s namesake.