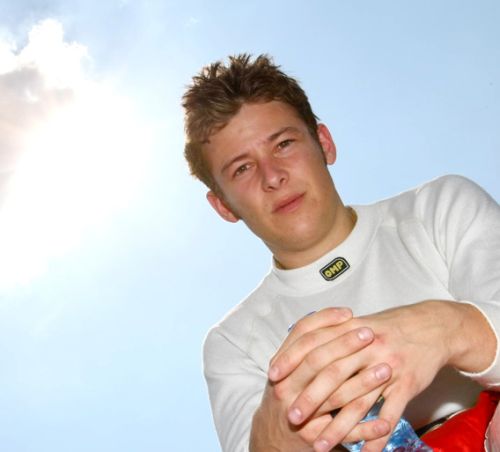 Marco Andretti was treated for dehydration Sunday after his final stint in the Rolex 24 at Daytona. Andretti was a last-minute addition to the Starworks Motorsport team, and agreed to run in the twice-around-the-clock endurance race even though he was in the middle of a two-day IndyCar test session. He finished at Palm Beach International Raceway on Saturday afternoon, then hustled to Daytona to make his debut in the prestigious sports car event.

"Do they make a 40-hour energy drink?" he posted Saturday on his Twitter page. "Going to be a long couple days but there is no better place to be than the cockpit."

Once on site at Daytona International Speedway, Andretti had to be approved by Grand-Am officials to run the race and receive an official license. Later posts on Twitter from Andretti said his first stint was "daunting," indicated he was cramping and headed to the infield care centre for an IV for the dehydration.

He also posted a picture of him laying on a gurney with an IV hooked to his arm.