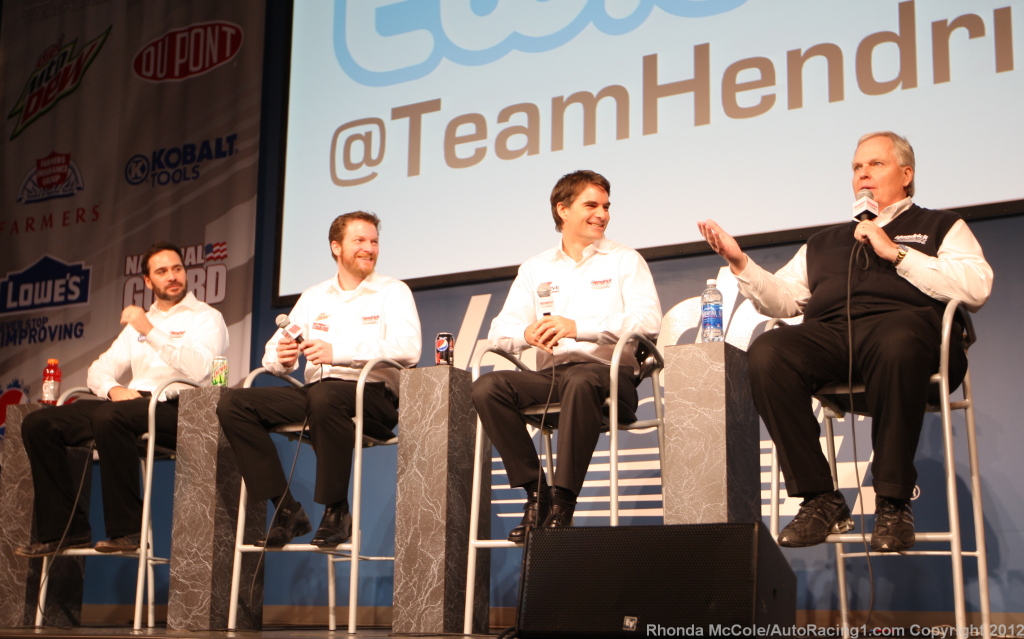 Rick Hendrick bristled at the suggestion that his Hendrick Motorsports team might be seen as gaining an unfair advantage through its relationship with Phoenix Racing and owner James Finch.

Hendrick, who says Finch has been a “good friend and a good engine customer" through the years, scoffed at the idea that the single-car team is a satellite operation of his own four-team program and might be seen as a fifth entry for the 10-time championship group.

“Every car he runs, he owns," Hendrick said of Finch. “Every motor he gets, he pays for."

Phoenix Racing is a single-car operation in NASCAR’s Sprint Cup Series, and has typically fielded cars for select events each season. The Spartanburg, S.C.-based team, which has purchased chassis and leased engines from Hendrick in the past, did compete in all 36 races in 2011, however, with four drivers.

Now that Kurt Busch, the 2004 Cup champion, has joined the No. 51 team, Hendrick said the change could result in a move to a more proven product as far as engines are concerned.

“In the past we’ve had some things we have wanted to run that weren’t proven and we gave him a discount maybe to run it," Hendrick said of the association. “We haven’t even crossed that bridge this year. He may tell me he doesn’t want to run that. He might not want to try that at a discount.

“He’s done some things like that; he’s been a good partner to us. We’ve trained some pit crew guys over there. He’s always bought motors from us for his [Nationwide] cars and his Cup cars. He’s been one of my oldest and best customers. He’s willing to try things. If you said, ‘We’ve run it on the dyno but we don’t know if it’s going to make it in the race,’ … I’m not sure he’s going to want to do that this year." Scenedaily.com