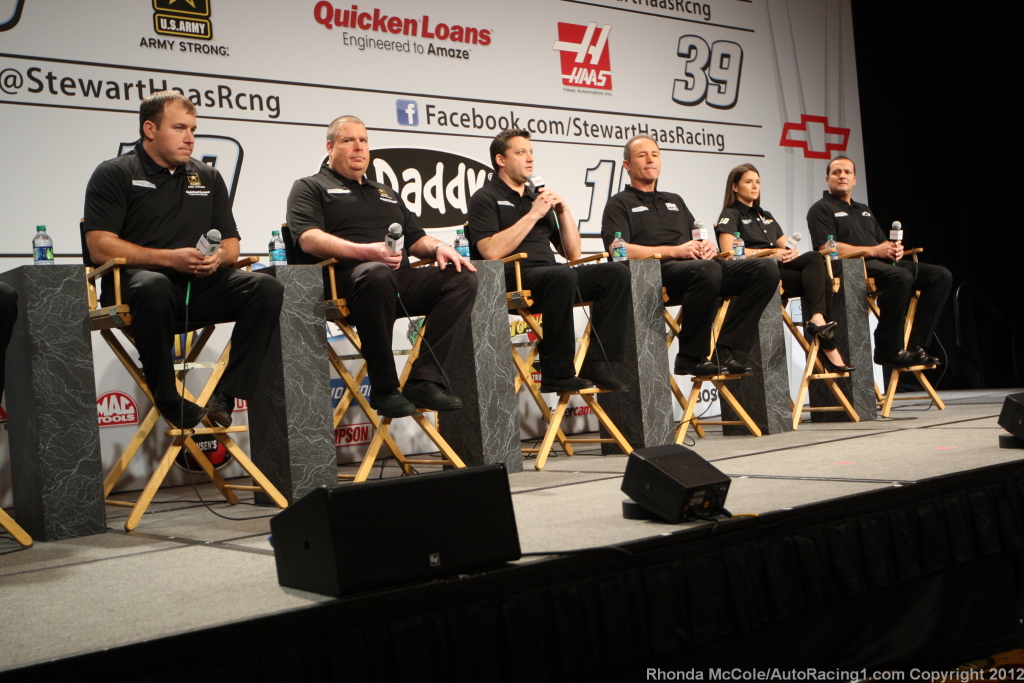 Danica Patrick won't run the Indianapolis 500 this year, but, driving for Sprint Cup champion Tony Stewart, she thinks her chances are as good as anybody's to win the Daytona 500 in her first try.

"I think at Daytona (our) cars are very fast, so I feel good about that race, if luck falls our way, to perhaps win," Patrick said Monday during NASCAR's Sprint Media Tour hosted by Charlotte Motor Speedway (See AR1.com article on the Tour). "I think that's a real chance. I mean a (rookie) like Trevor Bayne last year showed that."

Excited as she is about her chances at Daytona, Patrick is more cautious about her goals for her first full season in NASCAR. She's scheduled to drive a full season (33 races) in the Nationwide Series for JR Motorsports and a limited Cup schedule for Stewart, who said he could still add to her 10-race card.

Patrick said her decision to run the Coca-Cola 600 — NASCAR's longest race — May 27 rather than compete in the Indy 500 earlier the same day came down to logistics, not desire.

"The big concern was the schedule," said Patrick, who wouldn't rule out driving in both races in the future (something Stewart has done three times). "Qualifying for Indy is on the same weekend as the Iowa (Nationwide) race. I've had great moments with (Indy) qualifying when it's done and over with very quickly and dramatic weekends when it goes to the very end. Having that chance that it might go to the very end and might interfere with the Nationwide schedule — I can't have that." More at USA Today (Related article – Danica steals the show in NASCAR)