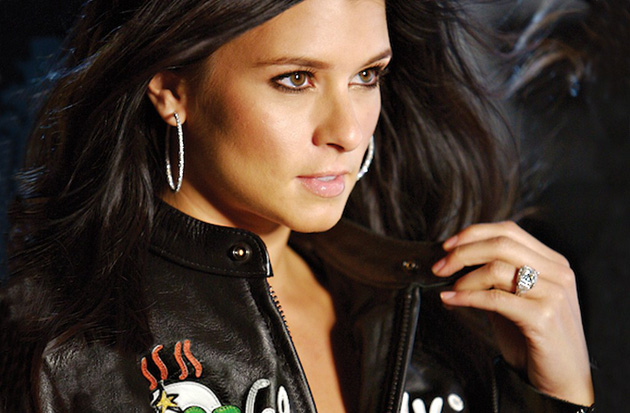 Danica Patrick, after sticking her toe in the water last season, will plunge in full-time next year. She will run a full schedule in NASCAR’s second-tier Nationwide Series starting next month at Daytona, and she will also enter some Sprint Cup races.

Patrick has a reputation as a racy racer. She first gained notoriety for posing for photos in a men’s magazine wearing high heels and a smile and not much more. Then there was that controversial lower-back tattoo air-brushed out of a Sports Illustrated swimsuit photo. And, throughout the season, those steamy, suggestive Go Daddy ads she does for her racing sponsor.

On the track, however, she hasn’t been quite so racy.

Patrick won one race in the IndyCar Series and made a couple of attention-getting runs in the Indy 500.

Her limited NASCAR fling has been so-so. She hasn’t been in contention for a win, but she’s done better than some others who have tried to make it in stock car racing.

Can Patrick become the first woman driver in NASCAR’s modern era to seriously compete? Nobody knows. She has talent and ability, spirit and sass, nerve and determination. But, so do the other 42 drivers she’ll be competing against in every race, and they won’t extend any ladies-first courtesy.

The only thing that’s dead-solid certain is that Patrick will create an early-season sensation unsurpassed in the sport’s history.

I covered the 2005 Indy 500 when Patrick made her debut, and the media and fan reaction was overwhelming. On Media Day, more than 100 reporters and cameramen clustered around Danica – and three or four around each of the other drives. Throughout the week Patrick got more coverage and attention than all the other drivers combined.

Superspeedway. The grandstands roared when she was introduced, and long lines queued up at her souvenir haulers.

When Patrick splashed down in the IndyCar Series, the league was treading water. Almost single handedly, she dragged it to shore and pumped life into it. Whenever she was on the premises, interest skyrocketed. Not many folks could name the defending IRL champ but everybody knew who she was – and they turned out in droves to see her.

This year the IndyCar Series will lose its Patrick appeal and NASCAR will gain it. Will she have the same impact on stock car racing that she did in open wheels?

At least in the early going.

Next month at Daytona, Patrick will be the talk of the track. She will dominate coverage of the Nationwide Series (not a hard thing to do) and when she makes her Cup debut it will overshadow everything else in the vicinity.

But at some point she’ll have to produce. Stock car fans appreciate a pretty face as much as the next person, but they like a winner – Dale Earnhardt Jr. being a notable exception.

If Patrick is able to compete for wins, the sky’s the limit. She’ll become the Lady

Can she or can’t she? Nobody knows. But, watching her try is going to be the most intriguing NASCAR storyline to come along in a long time. Patrick pandemonium is barreling toward NASCAR. Murfreesboro.com