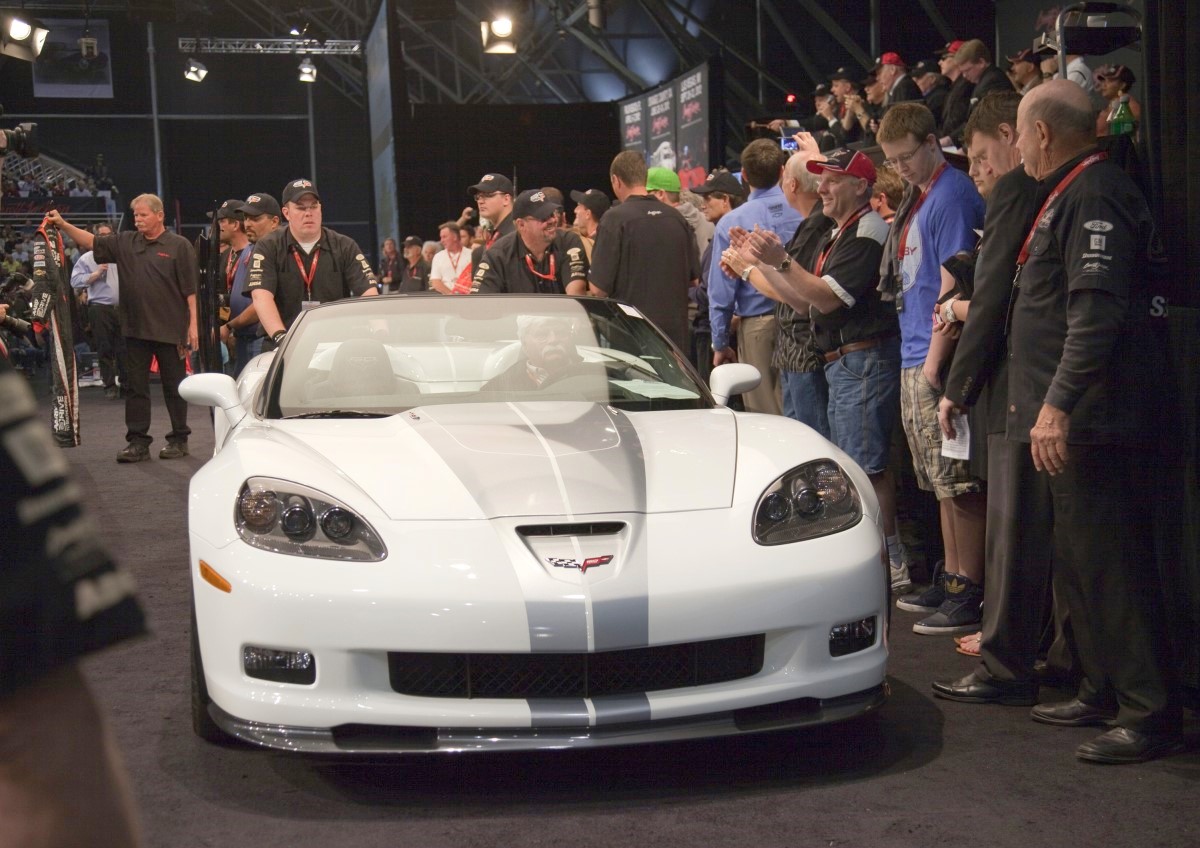 The first 2013 Corvette 427 Convertible Collector Edition – the fastest and most capable convertible in Corvette’s history – sold for $600,000 in the Barrett-Jackson Scottsdale collector car auction Saturday.

The Corvette 427 Convertible, which arrives at U.S. Chevrolet dealers this summer, blends elements of the Z06 and ZR1 models. The Vehicle Identification Number ending in 001 was sold in the auction.

Early 427-powered Corvettes, particularly convertibles, offered from 1966 to 1969 are some of the most-coveted and collectable Corvettes ever produced.

Chevrolet and Hendrick Motorsports teamed up for the auction, with four-time NASCAR Sprint Cup Champion Jeff Gordon and team owner Rick Hendrick, to raise a total of $700,000 for the AARP’s Drive to End Hunger food relief program.

The Drive to End Hunger is part of a multi-year sponsorship for Gordon’s No. 24 Chevrolet. It calls on racing fans, corporations and charitable organizations to raise money, build awareness, and engage Americans who face the threat of hunger.