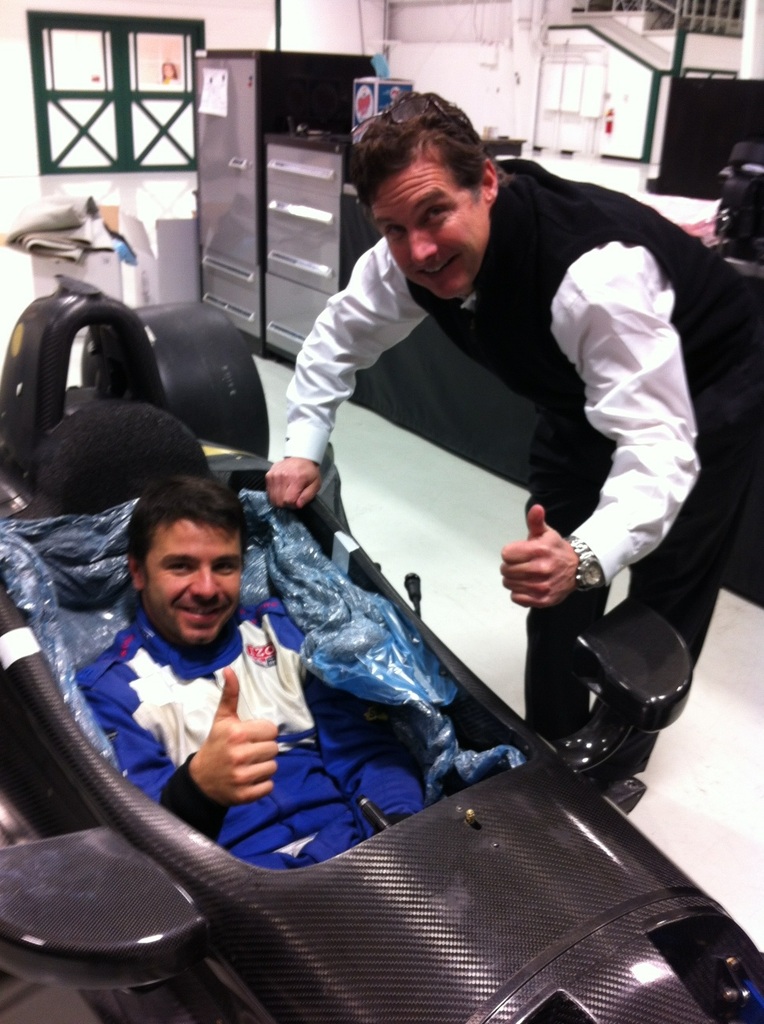 “This is like a bathtub," jokes Oriol Servia as he settles in the Dallara DW12 cockpit to prepare for the initial step of forming his driver seat. “You could put a TV here, a bar here. It’s comfortable."

It’s a metaphor for what the 37-year-old Spaniard is seeking with Dreyer & Reinbold Racing for the 2012 IZOD IndyCar Series and beyond.

After driving for seven different teams in Champ Car from 2000-08, the 1999 Indy Lights champion migrated to the IZOD IndyCar Series in '08 with KV Racing Technology.

For 2011, Servia rejoined Newman/Haas Racing (the team he drove for in 2005 and ’09) and made a strong statement with a fourth-place finish in the championship standings. He recorded 11 top-10 finishes, with a best of second at New Hampshire and Baltimore, and led the series in laps completed. The breakthrough followed a year of disappointment in which he was out of a ride and a partial 2009 season in which he competed for two teams.

But Newman/Haas announced in December it would not field an entry in the 2012 season, which sent Servia into job-seeking mode again.

“It’s been an interesting winter," he says. “It’s no secret I wanted to continue at Newman/Haas because we had great success last year, and finally I thought I would be able to have some continuity because that’s when you really build something. That didn’t happen, and once I digested that I had to move on."

Servia, who attended Dreyer & Reinbold Racing's partner summit last week in Florida, was introduced as its driver earlier this week.

“When I came to the (Dreyer & Reinbold Racing) shop, you can tell the commitment and the effort these people have to IndyCar," he says. "When I met with the owners (Dennis Reinbold and Robbie Buhl), I felt a commitment to improve what they did last year. I feel very good here.

Servia will take his custom seat and steering wheel and climb into the Lotus car Jan. 30 at Sebring International Raceway as Lotus continues development of its 2.2-liter, twin turbocharged V-6 engine that will compete against Chevrolet and Honda this season. Simona de Silvestro, who was behind the wheel of the initial round of testing over the past week, drove 870 miles. Alex Tagliani of Bryan Herta Autosport will have his first opportunity to drive the car Jan. 23-24 on the Homestead-Miami Speedway road course.

“That will be the first feel of the engine and car, and right now I can only go by what my colleague drivers have been saying," Servia notes. “Until you jump in it, you don’t really know what to expect. There’s no question that we’re behind the other manufacturers, so that’s why we have to make sure every step we take is in the right direction. If we do, then we’ll be fine by St. Pete.

“It’s not like Lotus is late because they’ve been delayed. They’re late because they started six months after everybody else, but they’ve followed 100 percent their time schedule until now. The plan started fine with Simona doing laps. It’s encouraging that the engine seemed to be reliable, which is the first thing in developing the car." More at IndyCar.com