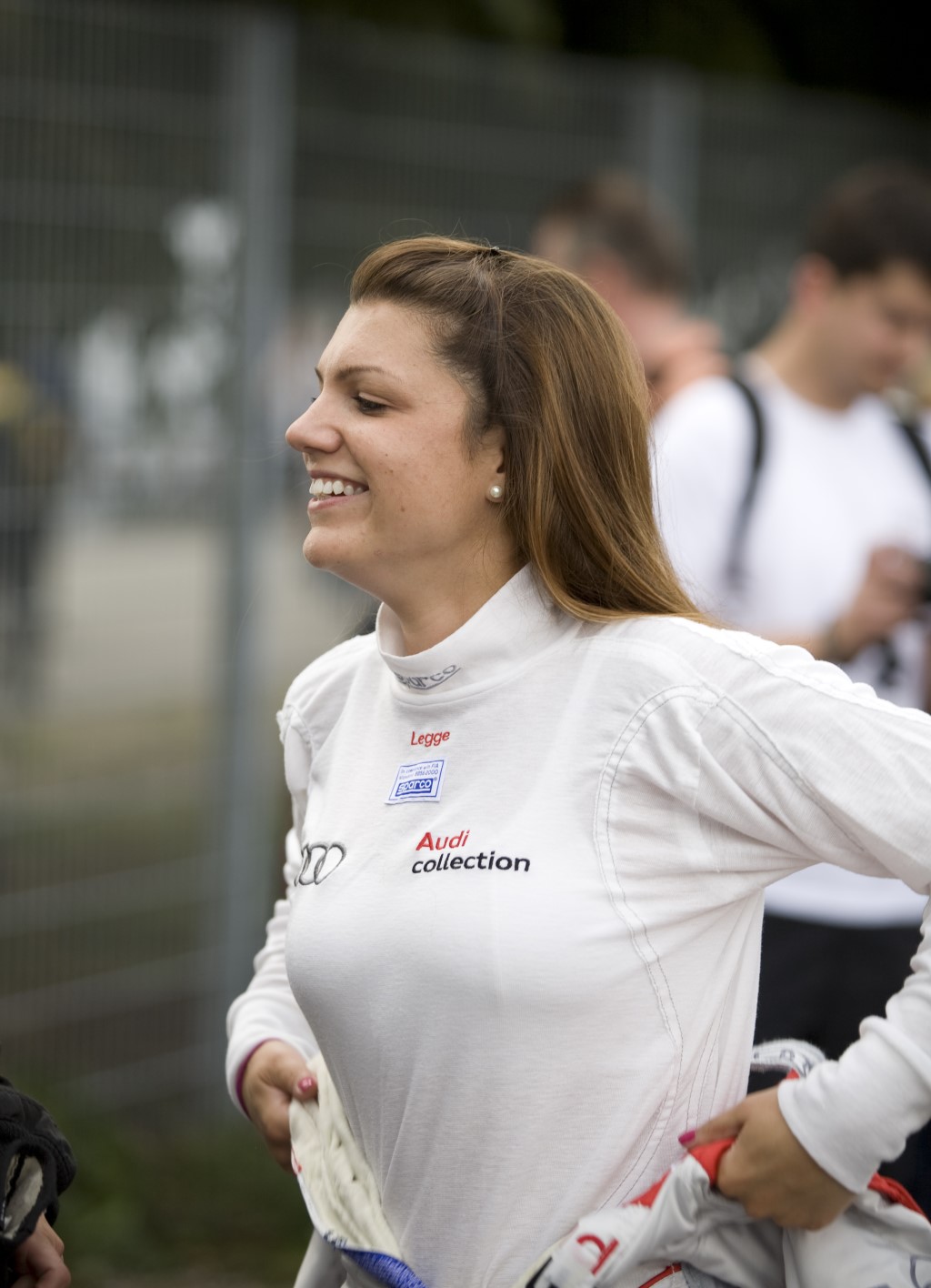 Katherine Legge re-adjusts the diamond ring on her left hand and smiles when talking about her fiancé. Among former DTM driver Peter Terting's qualities are patience and support, which she appreciates more than can be expressed with an interviewer.

"We haven't done anything about the wedding really because I've been so focused on racing," says Legge, who earlier in the week was confirmed as the teammate to Sebastien Bourdais with Lotus Dragon Racing. "It's really difficult to take your focus away from something, and I'm not one of those people who won't do everything properly. When I do something, I have to commit to it 110 percent, and I've just been committed to racing."

So any invitations to the wedding back in the UK won't be sent until after the IZOD IndyCar Series season.

"Priorities, right?" she says. "He understands."

Competing in the top level of motorsports has been Legge's priority – her passion, really – for as long as she can remember throughout her 31 years. Achievements and notoriety came swiftly in open-wheel racing in Europe, and continued in the Atlantic Championship in North America. She graduated to the Champ Car World Series in 2006 with PKV Racing (Oriol Servia of Dreyer & Reinbold Racing was her teammate) and competed the next year with Dale Coyne Racing – both seasons garnering mixed results.

When Champ Car came under INDYCAR sanction for the 2008 season, Legge found herself on the sidelines. When doors shut and phone calls went unreturned, she returned to Europe to begin a new chapter in touring cars. But throughout her three years in DTM, Indy car remained the goal.

At the beginning of January 2011, Legge moved back to the States to pursue opportunities.

"I thought I'd come back and was sure I would get a ride," she says. "I didn't realize how difficult it would be."

Undaunted, she teamed up with new sports management and consulting firm GRand Solutions to re-introduce herself to the INDYCAR community at race venues and team headquarters. A wry smile in the paddock masked disappointment of not competing on the racetrack.

"Once I decided that I was going to come back to INDYCAR, I had to find a way to make it happen," she says. "I've had a very hard year of work and I had sleepless nights, but it's my dream and I've followed it and I'm very happy it's paying off.

"There have been a lot of people I respect that have given me advice to the contrary because they didn't know it was going to be possible (to race in Indy car). Nobody really expected it of me, but when I set my mind to something I'm like a dog with a bone and don't let go. I laser focus in on that point. My all-time favorite saying is if you want something badly enough you'll find a way to make it happen."

She realizes it's only the beginning to making the most of the opportunity.

"It's a change of focus now," Legge says. "You concentrate on the business side and you tend to put the driving side almost away a little bit. It will take me a few days to get back into it since I haven't been in an open-wheel car for four years. But all I can do is take out all the unknowns by preparing myself as well as I can and do the best job I can inside the car and out."

Bourdais, who won his fourth consecutive Champ Car title in 2007 and has 31 Indy car victories, will be a major asset, according to Legge, in her transition from DTM and developing the new Dallara chassis for the diverse set of road/street circuits and ovals on the calendar.

"I am so lucky to have Sebastien as a teammate," she says. "I will try to learn as much from him as I can. There are probably only three or four drivers in Indy car that I would have loved to have as my teammate and he's definitely one of them. His experience and talent in developing a car will be a massive advantage for us."

Legge, the FIA female driver ambassador, says the program "comes from a deep-seated belief and want for the girls to do well."

"They've given me and all the girls throughout the ranks the opportunity to shine. We don't want it to be a gimmick. We don't want it to be the 'girl' driver. We want to be competitive race car drivers, taken seriously in what we do. And the only way we can do that is compete with the guys, and the only way you can compete with the guys is if you're given the opportunity on a level playing field.

"It is empowering to women, and it should stand as an example that you can do anything you put your mind to and not limited by anything."

"I have a very never-give-up attitude and now here I am," she says.