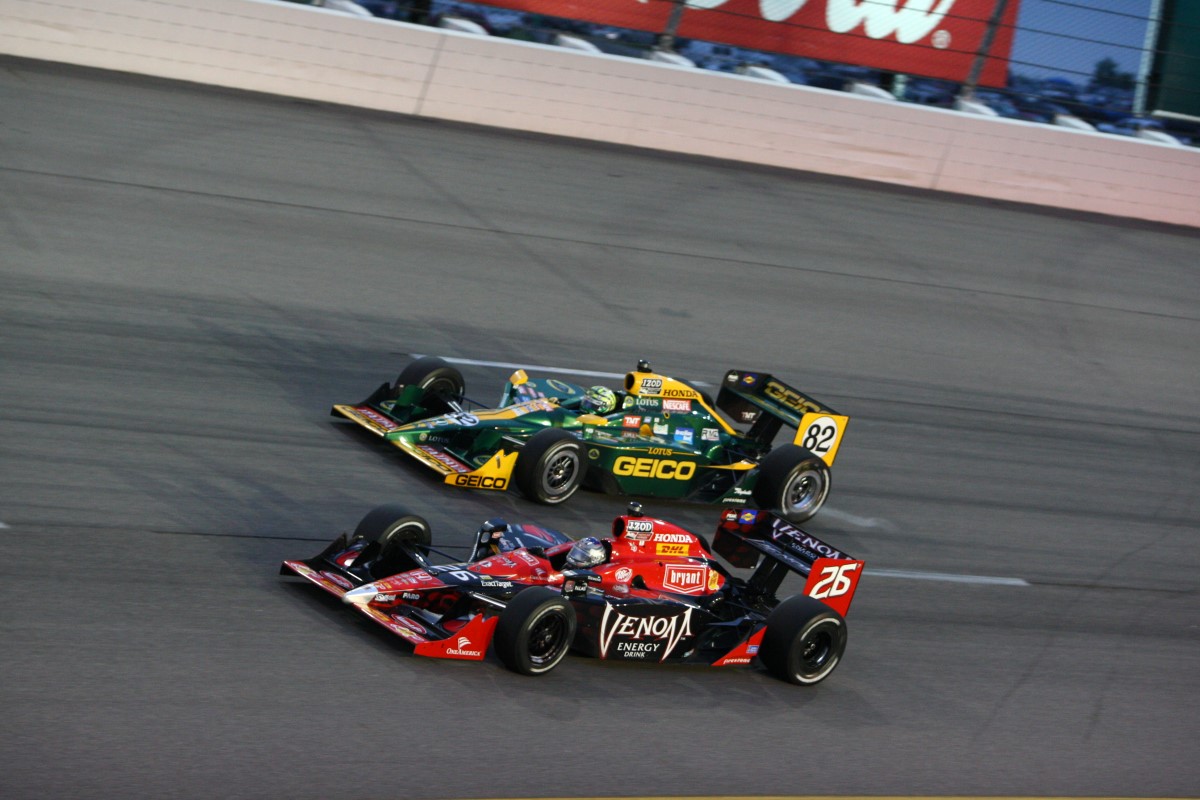 Even though IndyCar has thumbed their nose at Iowa corn farmers (their ethanol fuel comes 100% from Brazil) officials from the Iowa Speedway announced today that the Iowa Corn Growers Association and the Iowa Corn Promotion Board will continue their title sponsorship of the annual Iowa Corn Indy 250 event at the 7/8-mile tri-oval on Saturday, June 23.

The 2012 Iowa Corn Indy 250 will be one of the most anticipated races on this year’s INDYCAR schedule. Last year’s event at the Rusty Wallace designed track was a highlight with one of the best open-wheeled race finishes as Marco Andretti and Tony Kanaan kept spectators standing until the spectacular finish.

Craig Floss, CEO of Iowa Corn, expressed his excitement for the sponsorship and for the continued support of the IZOD INDYCAR series as a promoter of ethanol. “Iowa Corn looks forward to our sixth year as the title sponsor of the Iowa Corn Indy 250 powered by ethanol. This year will be exciting as INDYCAR moves to E85. Consumers can fill up their flex fuel vehicles with E85, and drive just like the pros, except with a speed limit of course."

In 2006, the INDY Racing league switched to ethanol. Since then, the league has saved an estimated 20,000 gallons of fuel per season. In 2012, the league will use E85-an ethanol blended fuel with up to 85% ethanol and 15% gasoline to be closer to products consumers can find at the pump. E85 can be found at more than 160 stations throughout Iowa and can be used in 1 in 10 Iowa vehicles designated as Flexible Fuel vehicles.

Iowa Speedway President Stan Clement shared his feelings about one of the best partnerships in all of motorsports.

“Iowa Corn has been sponsoring this race since our inaugural season, a sponsorship which is now entering its sixth year," Clement said. “It’s been a tremendous relationship, and we value their partnership, both with us and our race fans."

One of four ovals on the 2012 IZOD INDYCAR Series schedule, the Iowa Corn Indy 250 will be the headlining race of an open-wheel weekend on Friday, June 22 and Saturday, June 23. Tickets to the race weekend can be purchased by calling 1-866-RUSTY-GO or by going to www.iowaspeedway.com. To find E85 in your area or for questions about Flexible Fuel vehicles, visit www.iowacorn.org.