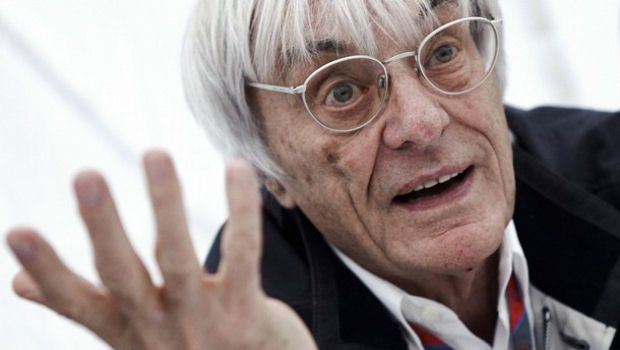 It emerged last week that the new car, codenamed 663, was due to undergo the tests at the CSI technical facility in Bollate, near Milan, last week after they were initially failed.

Sources said the monocoque, reportedly "much lighter" than its 2011 predecessor, had been reinforced with additional carbon sheets for the subsequent side-impact test.

Spanish reports including in the sports newspapers AS and Marca, citing Italian sources, said the second tests were passed.

The reinforcements made to the car will have an "almost negligible" affect on lap times, the sources said.

Given the tweaked regulations for 2012, the news clears the way for the new Ferrari to make its official track debut early next month.

Marca newspaper said there are unconfirmed rumors the 2012 Ferrari features a "revolutionary" design with a "dolphin nose".

It will reportedly be driven on the opening day of the official Jerez test by Felipe Massa, before Fernando Alonso takes over for days three and four.

It has also emerged that Sauber's similarly Ferrari-powered 2012 car, the C31, has passed its final FIA crash test for the rear structure.

The car will be unveiled at Jerez on the eve of the opening test.

And it is reported in the French press that Marussia's technical consultant Pat Symonds has said the former Virgin team's 2012 car will not be ready for the opening test of the pre-season at Jerez.

Sutil to Lotus rumors 'a joke' scoffs Lux
(GMM) Eric Lux scoffed when asked if Adrian Sutil was ever really a contender to race for the Lotus team in 2012.

German Sutil has lost his Force India race seat after five seasons and is hoping he can rescue his embattled career by switching to Williams.

Earlier, however, the 29-year-old was linked with Lotus, the former Renault team now owned by Genii, the investment firm headed by Luxembourgian Lux.

Lux claims he was attacked by Sutil in a Shanghai nightclub last April, in an incident that will go to trial in Germany later this month.

"I realized in the elevator what had just happened and I thought to myself 'now you have three minutes to live'," Lux is quoted by the FAZ newspaper.

Sutil reportedly claims he was trying only to tip his drink over Lux's head after a verbal quarrel.

As for whether the driver was ever in the running to race for Lotus in 2012, Lux scoffed: "That would be a joke, right?

"At least he has now apologized to me," he added.

The Sutil camp argues Lux's injury was "completely unintentional", amid reports the German's friend Lewis Hamilton could be called to testify.

"I think there is enough evidence and witnesses for the court to take the view that Adrian did not attack someone," said manager Manfred Zimmermann.

In the meantime, Sutil's F1 career is in serious peril, although Zimmermann insists: "The trial will have no influence on Adrian's future.

"We expect the truth to come out during the hearing and, for us, it is important the incident is then concluded," he is quoted by DPA news agency.

Alternating races 'good' idea for Spain – Ecclestone
(GMM) An annually alternating race date would be a "good" solution to Spain's formula one crisis.

That is the claim of F1 chief executive Bernie Ecclestone, amid reports both Valencia and Barcelona could drop their grands prix amid Europe's fragile economic situation.

Ecclestone said last year an alternating scheme was possible for Spain's two annual races, but Valencia reportedly turned down the opportunity when it was suggested by Barcelona race chiefs.

However, Catalonia government officials sounded open to the idea as recently as last week.

"What's been talked about more is that Barcelona would like to alternate with them (Valencia)," Ecclestone told the Financial Times.

Spain's EFE news agency quotes Jose Ciscar, vice president of the Generalitat Valenciana, as saying the government is open "to any solution" after vowing to analyze the affordability of major events.

He admitted alternating with Barcelona could be "less burdensome" for Valencia.

Di Resta, Ricciardo, face 2012 with eyes on future
(GMM) At least two F1 drivers have admitted to looking ahead to the 2012 season with a firm eye on the future.

Paul di Resta made his grand prix debut last year as the reigning DTM champion, having driven for Mercedes in the premier German touring car series.

He has been retained by Mercedes-powered Force India for 2012 but admitted he would snap up the chance to drive for the German carmaker's works team.

"I'd love to drive for them," he is quoted by the Daily Mail.

"I've got great friends and great support at Mercedes-Benz. I've been part of their program for six years and I'm still very close to them now.

"Right now I am a Force India driver so the focus is there. But in the future I want to be winning races and I'll make my decisions based on that."

Meanwhile, as he moves from HRT to Red Bull's rookie team Toro Rosso for 2012, Australian Daniel Ricciardo admitted he regards himself as an outside chance to replace his countryman Mark Webber for the 2013 season.

"It's a long time away and many things can happen between now and then, that's the reality," he told F1's official website.

"I understand very well the philosophy of Red Bull and, yes, one day I would love to race for Red Bull Racing, but that's all it is for now — just a bit of a goal."

Ferrari not ruling out Ferrari future for Newey
(GMM) Stefano Domenicali has hinted Adrian Newey might be targeted for a role at Ferrari — but the marque's president Luca di Montezemolo sounds less keen.

"I think that Adrian Newey showed his capability in a fantastic way in the last couple of years," Domenicali agreed to Sky Sports News.

"But what he would like to do in the future, well we will see."

President Montezemolo, on the other hand, admits to being stung more than a decade ago when Ferrari showed interest in Newey, who at the time ultimately switched from Williams to McLaren.

"I have confidence in our technical staff," Montezemolo is quoted by La Gazzetta dello Sport, "and furthermore the meeting I had with him (Newey) in 1997 was not exactly positive.

"The idea that his wife had of Italy was that of some kind of a third world country. But if he were available again and changed his ideas about our country then why not?" he added.

As for the man in Newey's driving seat – back to back world champion Sebastian Vettel – Domenicali thinks Fernando Alonso is ultimately a better driver.

But when asked about the young German, he added: "Never say never.

"Last season, with the pole positions and the number of victories that he achieved — In comparison, if you look at his achievements with the others … so we will see," said Domenicali of Vettel.

Gascoyne last worked with Force India in 2008, going on to establish Team Lotus (then Lotus Racing and now Caterham F1) in 2009. The dispute was initially reported in November 2009, with Aerolab suing Force India; this was following by Force India allegedly suing Team Lotus over its 2010 car design in June of that year. As Team Lotus denied any wrongdoing, Force India launched legal proceedings against both Team Lotus and technical head Gascoyne.

In August of 2010, the Queen’s Bench Division of the High Court of Justice in London issued Force India a fine of one million euros (Â£820,000), plus damages and interest, to Italy’s Aerolab; this was relating to unpaid fees from Force India to Aerolab. Force India then played down any possibilities of an asset seizure. On 7 March 2011, a date of Monday 16 January 2012 was confirmed for the court hearing.

‘Separate criminal proceedings are currently ongoing in Italy in respect of the wrongful disclosure of confidential information, as a consequence of the filing by Force India F1 Team Ltd. of a complaint with the competent authorities. In respect of these proceedings, articles in the Italian press have recently revealed that Tony Fernandes, Mike Gascoyne and Jean Claude Migeot have been formally charged,’ read a statement from Force India in March 2011.

Today’s hearing is listed at the High Court of Justice as ‘Force India Formula One Team Limited –v- 1Malaysia Racing Team Sdn Bhd and Others’. However, sources have revealed to GPUpdate.net that the 1Malaysia team (Caterham F1, formerly Team Lotus) is fully covered by Aerolab.

F1 DRS zones to be adjusted for 2012
Formula 1's DRS rules will remain unchanged in 2012, AUTOSPORT has learned, but the FIA plans to tweak the overtaking zones on the back of the experience of last year.

The Drag Reduction System was introduced at the start of 2011 as a means of helping overtaking – with drivers allowed to use the straight-line speed boost at designated spots on the track if they get within one second of the car ahead of them at a set point.

Although critics believed the concept made overtaking too easy, DRS was widely praised as having helped improve the spectacle of F1.

Sources have revealed that the FIA, having looked closely at its implementation in 2011, is happy for the DRS rules to remain the same for the season ahead – despite planning to alter some of the overtaking zones.

It is understood that zones will be extended at those venues where it was felt overtaking was too hard, while they will be shortened at those where it was deemed that passing was made too easy.

Although the final lengths of the DRS zones have not yet been finalized, it is understood that among the changes that will be made in 2012 will be the introduction of a second DRS zone at the Australian Grand Prix. Yahoo! Sports/Eurosport