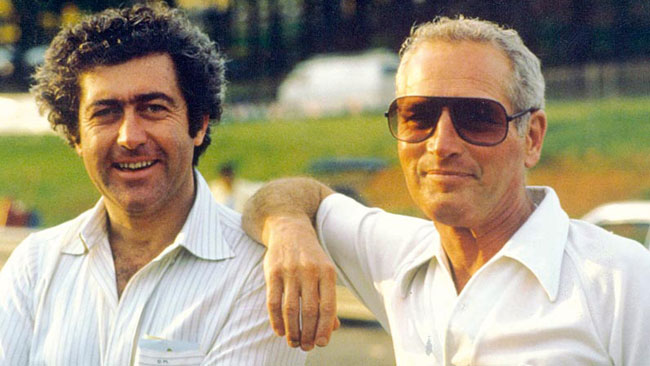 Gianpiero Moretti, the man who helped define the term "gentleman racer," passed away Saturday at the age of 67 after a long illness at his home in Milan, Italy.

"He was definitely a great guy," said Kevin Doran, who partnered with Moretti for seven seasons. "He will be missed."

Moretti came to Daytona Beach for his first Rolex 24 in 1970, when his underfunded Ferrari team finished 32nd. He returned in 1979, and he could almost taste the victory lane champagne. Carlos Facetti put his Jolly Club Porsche 935 on the pole and led the race, but the car blew an engine.

This began a series of frustrations for Moretti, who made winning the Rolex 24 At Daytona his personal quest.

Moretti know that 1998 might be his final opportunity to challenge for victory at Daytona. With time running out on his racing career, he persuaded Ferrari to build him a car that could race – and win – in America. The result was the Ferrari 333SP, prepared for Moretti by a man with plenty of winning experience at Daytona, Kevin Doran. Moretti had finished seventh in the car in 1997, but knew the following year would be his best chance to finally win the coveted Rolex Daytona Cosmograph.

"With all the money I have spent at Daytona, I could have bought 1,000 Rolexes easily," Moretti said on the eve of the race. "But I wanted to win this race."

Moretti recruited Didier Theys, Mauro Baldi and two-time Indianapolis 500 winner Arie Luyendyk. Also fielding Ferraris were Andy Evans and Wayne Taylor, with Max Papis securing the pole for Evans' Scandia Ferrari. The race had its share of drama – setting the stage for a popular ending. After falling 18 laps down early in the race, Moretti's Momo Ferrari came back in the closing three hours to take the lead.

With minutes laps remaining, Moretti had his car brought back to the pits. Moretti slid back into the cockpit so he could take the checkered flag.

After years of frustration, Gianpiero Moretti finally won his Rolex on his 15th try in what remains as one of the most popular victories in the history of the Rolex 24.

Moretti was a regular on the IMSA Camel GTP circuit. He played a role in the revival of the Six Hours of Watkins Glen, suggesting that the event be revived during his retirement tour in 1995. When Watkins Glen International officials agreed, Moretti was good to his word and returned for the 1996 event – winning with co-driver Max Papis.

"Gianpiero helped launch Doran Enterprises to a professional-level sports car team," Doran said. "Getting together with him and MOMO brought our team back to pro racing after Al Holbert's death."

One of Moretti's close calls in the Rolex 24 came in 1996, when the Doran-prepared MOMO Ferrari he shared with Bob Wollek, Didier Theys and rookie Max Papis finished 65 seconds behind Wayne Taylor's winning Oldsmobile Riley & Scott.

Fittingly, Moretti's colors will be carried in the 50th Rolex 24. Moretti founded the Italian equipment company MOMO (for Moretti-Monza) in the 1960s. The NGT Motorsport Porsche GT3 will be painted in the classic MOMO red and yellow in the upcoming Rolex 24 – ensuring that one of the most popular drivers in the history of the event will be there in spirit.