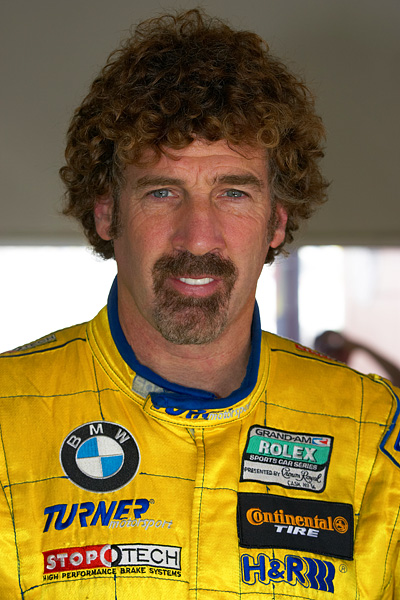 Michael Marsal will return for his third consecutive season with Turner Motorsport in a run for the 2012 GRAND-AM Continental Tire Sports Car Challenge championship with the No. 97 BMW M3 GS Class machine.

Marsal, who made his first year of pro competition look like an easy step up when he finished a close second in the 2010 GRAND-AM Driver Championship for Turner, will be joined by veteran Boris Said in the BMW M3 as the duo targets a run at the 2012 championship, which will kick off at Daytona International Speedway on January 27.

In two seasons with Turner Motorsport, Marsal has shown both performance and consistency, netting two victories (VIR and Lime Rock Park, 2010) and eight top-fives while his No. 97 BMW M3 has also completed 97.5% of all race laps. Combined with Said’s impressive record, which has seen him earn 10 wins and 17 podiums in the GRAND-AM Rolex Sports Car Series, the pair are well prepared to take on the highly-competitive 2012 championship.

BMW won the 2010 and 2011 GRAND-AM Manufacturer Championship in the category, and Turner Motorsport would like nothing better to once again see the Roundel atop the championship list at the end of the season.

“I’m very excited to be teaming up with Boris this year," said Marsal, who has also been tabbed by Turner for Rolex Series duties in the 24 alongside fellow BMW pilots Dirk Mueller, Joerg Mueller and Dirk Werner. “The Turner Motorsport guys always have a great car and I’m excited to see what we can do. Boris has been great to work with and I’m learning a lot with him as my co-driver. I feel so comfortable racing the GS car now with a few seasons under my belt. We had a really good test at Daytona and now I’m eager to get back down there in a few weeks for the big 50th Anniversary Rolex 24. It’s going to be a huge weekend."

The Turner Motorsport drivers recently spent time testing at Daytona International Speedway during the “Roar Before the 24" test in preparation for the GRAND-AM 200 event later this month. Marsal and Said worked through a range of set-ups on the BMW machine and were right up to speed in the No. 97 – running in the top-10 throughout most of the three-day test.

“I haven’t run a full season with Turner since 2006, when we won the championship," offered Said, who practices what he preaches, having recently become a BMW dealer. “Joey (Hand’s) good fortune was my good fortune–by him getting a DTM ride, that opened up a spot for me here at Turner to race with Mike (Marsal). He’s up to the job and has been making a ton of progress, so I’m really happy to be running with him. I think we are going to have a lot of fun this year. The pressure is on me–Joey is one of the best sports car drivers in the world, so I have some big shoes to fill!"

Not only does Said have some shoes to fill, but he also has a history of success that he’ll look to extend.

“It’s great to have Boris back with us in GS–the last full season he drove for us, we won a championship!" offered team owner Will Turner.

The 2012 GRAND-AM Continental Tire Sports Car Challenge championship season kicks off with the GRAND-AM 200 event in Daytona on January 27.