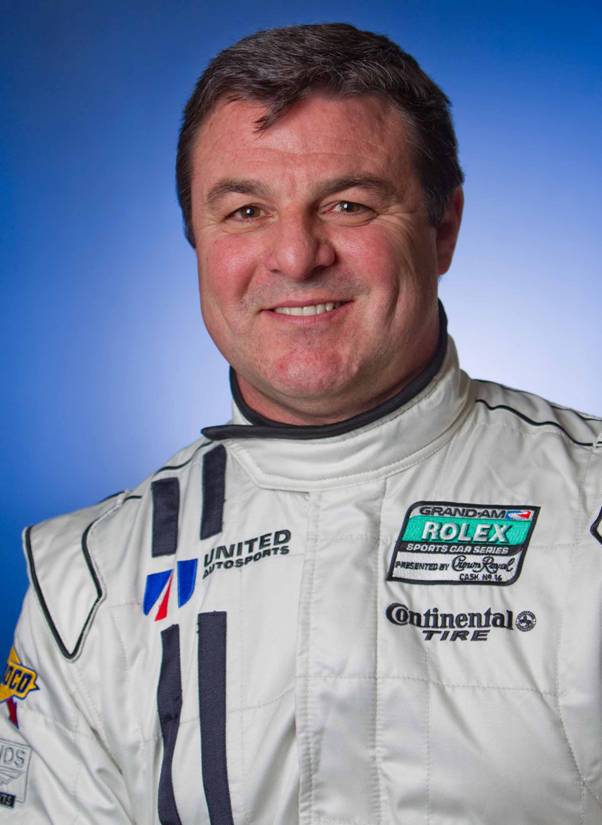 Together with experienced racers, Zak Brown (USA) and Mark Patterson (USA), Blundell will pilot the McLaren MP4-12C GT3 for a full-time attack in the #23 car in the prestigious series.

Blundell has raced with the team on several occasions – taking third at the Total 24 Hours of Spa in 2010 and fourth in last year’s Rolex 24 at Daytona. However 2012 will see the former Brabham-Yamaha (1991), Ligier-Renault (1993), Tyrrell-Yamaha (1994), McLaren-Mercedes (1995) Formula 1 driver contest the entire Blancpain Series.

Brown and Patterson took a fighting second place in the United Autosports LMP2 car at Petit Le Mans in 2011. Patterson has been a mainstay of the team since its inception in 2009, helping to establish the team as a major force in GT and sportscars.

Brown and Patterson established their long distance credentials for the team at the Rolex Daytona 24 Hours just 12 months ago when they finished fourth overall with Blundell and Martin Brundle also in the squad. In that prestigious race the quartet challenged for the lead throughout the 24 hours and finished the race on the lead lap with the top four cars covered by less than four seconds.

The Blancpain Endurance Series events, which will be known as Blancpain Race Weekends with a full support race program, features races on five of Europe’s most prestigious circuits, with a sixth round in October to be announced. The SRO Motorsports Group- organized championship includes races on some of the most classic European tracks with the highlights being the Total 24 Hours of Spa at the end of July, and 3-hour races at Monza, Silverstone, Paul Ricard and new addition to the calendar, the NÃ¼rburgring in September.

The 2012 season kicks off in April, as it did last year, with a 3-hour race at the home of the Italian Grand Prix, Monza. Round 2 takes place at Silverstone for another 3-hour race on the grand prix circuit with the series moving to Paul Ricard in the South of France at the start of July.

Anglo-American team United Autosports, which is co-owned by American Zak Brown and Briton, Richard Dean, enters its third season of GT racing in 2012, which will take the team around the world as it aims to win its first major title in sportscar racing.

“I'm excited and very happy to be racing with United Autosports. It will be my first full season in a championship since 2000 and to be with this team makes that extra special because of the people involved. I think my experience will help with the development of the car and team, and I showed both my pace and calmness in endurance events in Daytona last year. The McLaren MP4-12C is a great looking car and with the resources and support from one of the best F1 teams in history, I feel we have great things ahead of us. My favorite circuit still has to be Spa with Monza close behind; both wonderful driver tracks.

“I have huge respect for both Mark Patterson, who’s a proven driver in his own right and Zak Brown, who applies himself with focus and commitment. But we are a team and that's what I like about sportscar racing. I can tell you we will be no less hungry to win on our side of the garage than our team mates or anyone else in the pit lane, and the desire, the competitive edge and the people involved with United Autosports are the ingredients which have brought me back into a full championship. Within a short space of time United Autosports has made a name in racing and I sincerely hope we can take that to another level over this season. Richard Dean and Zak Brown’s vision is to be applauded."

“We've competed in the Spa 24 Hour race – a round of the Blancpain Endurance Series – so we know we are entering the most competitive GT series in the world and are very excited about it! The new McLaren looks fantastic and I just took delivery of the road car, which is mega; knowing that is the foundation of the racecar is very exciting. Spa has to be my favorite circuit as it is for so many drivers; the different types of challenging and fast corners, combined with the elevation and usual tricky weather, makes it one of the best tracks in the world.

“I'm really looking forward to driving with the "Marks", and of course I've been team mates with both of them now for a handful of races and we've had success together. Patterson is a great driver and as fast and reliable as anyone on the grid, while it’s a great privilege and vote of confidence to both our team and me as a driver that Blundell would come out of retirement to race with us full time. I'm sure Mark wouldn't be racing with us if he didn't think he would be in a position to win races. We have all the equipment and drivers needed to win races and that's our goal for 2012."

“Racing is all about skill, reliable equipment and comfort with the team. Going into our third year is an exciting prospect with team members and owners I respect and admire. There's a top flight sense of dedication and an eye for detail that United Autosports exudes, which is very reassuring for a driver. Sprint races are intense, but I love almost any type of endurance racing. Three hours is about the shortest endurance race there is, but it increases that element of inter-dependency among drivers and racecar over a greater span of time, and that added pressure elevates the weekend's experience. That element, plus the world class selection of tracks; hard to beat.

“Although I have not met the United Autosports McLaren MP4-12C, we have ambitious hopes for our performance and results this year. SRO runs a first rate operation and the blend of pure pro teams and pro-am teams in the same race, deploying a full grid of wonderful cars, should make for unbelievable racing. Of our three-man line-up, we've all had experience on all tracks, though I have yet to run on the mighty German lanes. Spa is hard to beat, cradled in the undulating hills of dense Belgian forests with their predictably unpredictable weather conditions!"

“United Autosports really means business this year and we aim to be the team that everyone’s talking about, not just because we have an exciting and first-class line-up of drivers, but also as we have moved up a gear in every respect. Every member of the team has a unified goal and in 2012, that is to win a major title. We’ve spent the previous two years setting up the team and moving towards that goal; this year we want to achieve it.

“We are thrilled that we have a new partner in McLaren for the Blancpain Endurance Series and the team intends to work hand in glove with this historic team to produce outstanding performances in the series. The championship visits some of the most historic race tracks in Europe with Spa and Monza, and none more so than our ‘home’ circuit at Silverstone. The two “Marks" and Zak have raced together before and I have no doubt they will prove a major force to be reckoned with."