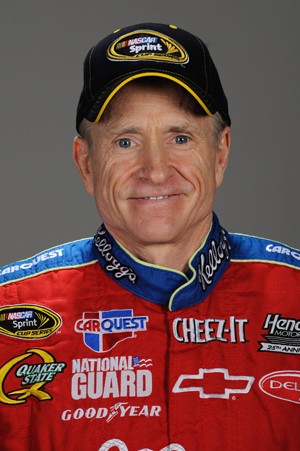 This week's tests at New Smyrna (FL) Speedway and Daytona International Speedway mark the first two tests for Mark Martin and his #55 Aaron's Dream Machine race team. Martin begins his 30th NASCAR Sprint Cup season driving the #55 Aaron's Dream Machine in 25 races for Michael Waltrip Racing. Martin believes the work done this week is an important step toward running well at Daytona and the rest of the 2012 season.

Martin's comments: "These tests aren't incredibly important from the car hardware side. It's more important for us as a new group working together to work through the areas like communication, flow, learning everyone's names, routines and things like that. That's really the critical part of the test. From the hardware side, we do have a number of things we want to run through at these tests, but all teams are doing those kinds of things.

"These tests are valuable because we want everything to be working like a smooth oiled machine by the time we get to the Daytona 500. Then, by the time we get to Phoenix, we want to be acting like we've been racing together for years. The one other thing that I am going to focus on this time at Daytona, more than I did a year ago, is working on tandem drafting.

"We didn't do that last year and it's going to be even more of a challenge this year. (Crew Chief) Rodney (Childers) and I want to look toward being ahead of the curve on the two-car tandem or explore areas that will give us an advantage." Michael Waltrip Racing